2016 will surely be remembered as a great year in the Stoic Studio offices: in addition to finally having released, in multiple languages, the console version of The Banner Saga in January, the team also released the second chapter of the series, first on PC ( last April 19th) and then also on PlayStation 4 e Xbox One (on the Microsoft console it is present in the Gold titles this month) on July 5th. The Banner Saga 2 is available individually at a starting price of € 19,99, or in combo with the first chapter at € 39,99.

As already mentioned in April, it would be impossible to talk about the plot of The Banner Saga 2 without revealing the final choice of the first chapter, especially given the possibility to import the rescues and keep the progress of your troops. If, therefore, you are willing to approach the Stoic Studio Banner Saga, do not continue with your reading.

The final bars of The Banner Saga closed the curtain on one of the two human protagonists, dedicating a heroic death (and consequent Viking funeral) to him in order to kill the immortal Sutr. The Banner Saga 2 starts again a few days after the battle, with the caravan led by Rook (or Alette) fleeing from the Dredge and marching towards the capital of the kingdom. The title of Stoic Studio enjoys the continuity in the narration of the events also thanks to the import of its own save file, which allows you to use your troops and the equipment collected in the first part of the adventure. The Banner Saga 2 therefore continues the story of humans, Varl and Dredge, adding horseborns (Centauri warriors) to the cauldron and continuing to put the spotlight on the march of the caravan towards the respective finish line.

Evolution of the narrative and characters

Stoic Studio branches the plots and personal stories into two main strands (plus a third to act as an epilogue) and accompanies the player in a crescendo of events with a faster pace than the first chapter. Not only does the story become more complex, but an important weight is given to the choice made on the ending of The Banner Saga: in the role of Fins, after losing the father, we will find ourselves facing various situations by pondering better what to do, and also avoiding some battles which, if Smoke, we could not have avoided because of the impetuosity and the will, for the hunter protagonist, to pay for the mistakes made (and for not having died in place of his daughter). We will then take possession of Bolverk, the huge Varl at the head of the Ravens barely presented at the end of the first chapter (and here in effect the second protagonist), who will march in parallel towards the Valka tower with a precious load that will change his life forever. Not only an evolution in the management of the plot, therefore, but also of the characters, more and more characterized and ready to leave the player to himself when, perhaps due to a bad choice, they fall into battle forever. The ten hours required to complete The Banner Saga 2 leaves history hanging by a thread, with an impactful and stylistically successful cliff-hanger that, like a second season of a TV series, will force the player to wait with trepidation for the final chapter (not yet officially announced).


We have already mentioned the possibility of importing the rescue of The Banner Saga and taking back your troops from the battle with Sutr, continuing not only in the upgrading and collection of equipment but also bringing all the members of the caravan in the new episode. In the unfortunate event you had played the first chapter on another console (or you didn't), Stoic Studio has included a summary video of the events, at the end of which the game will allow you to choose the human hero between Rook and Alette. In this case all the troops will be level 3, excluding the main protagonists, equipped with the objects obtainable during the events of the first The Banner Saga; in addition, characters who could die will also be among the ranks of the caravan, allowing you to take a look at the complete cast of the Norse opera. Of course, it is highly recommended to play the two titles in order, so as to be able to enjoy the continuity of experience we were talking about a few lines above. 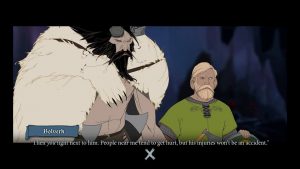 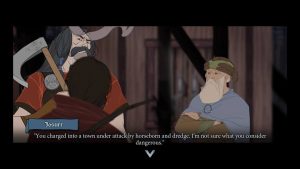 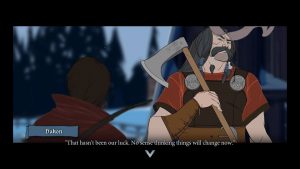 It is not just plot and dialogue phases that have evolved into The Banner Saga 2: Stoic Studio has also changed some features of turn-based battles, which are now less tedious and more fun thanks to new classes (such as the aforementioned Horseborn or the Berserk) that guarantee a good variety when placed on the battle board. During the skirmishes, the problem that also gripped the console version of The Banner Saga remains: joypad controls are infinitely less immediate than a single mouse click, leaving the player bewildered and disoriented when facing a strategy game for the first time. Fortunately, although they are not the strong point of the game, the commands designed by the developers still manage not to ruin the experience, balanced by all the positive factors of the Stoic Studio work. 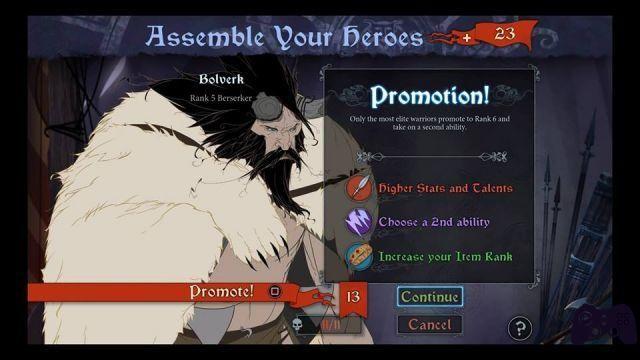 As already mentioned, the units will be able to reach rank 10 (always accumulating a defined number of kills) and will be able to learn new active and passive skills, so as to make the on-screen battle more varied and fun. A significant addition is certainly the new training mode, which, through a series of five tests per protagonist (ten total), will teach the player attack and defense strategies useful especially at the highest difficulty levels. Stoic Studio has also revised the management of the caravan, giving a utility to the Clansmen (who in the first chapter were only numbers) and allowing them to recover supplies or become Fighters, increasing the mood during the fights. The mood will once again define the fate of the group, leaving the player with the daring task of maintaining a high morale in their caravans, including choices related to history and management of supplies.

Technically and artistically, The Banner Saga 2 is flawless: all the strengths of the first chapter, from the semi-realistic artwork of the characters to the march of the caravan, are clearly improved and able to leave even the most skeptical ones speechless. Painted landscapes and inspired locations, combined with a character-design that mixes Norse mythology with Game of Thrones, manage to bewitch and estrange the player. To support the visual sector, a series of two-dimensional animated scenes that are the envy of early Dreamworks productions. Finally, the soundtrack, full of sung tracks and folkloristic sonatas, and the English dubbing, clearly improved compared to two years ago, should not be underestimated. Unfortunately the console version it has no extras over the Steam one available from April, much less the Spanish translation (present instead in the first chapter for consoles). 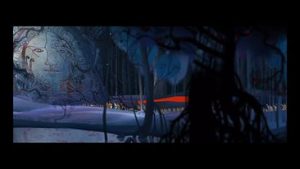 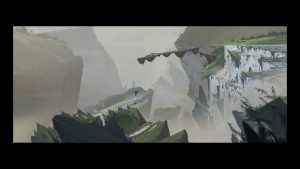 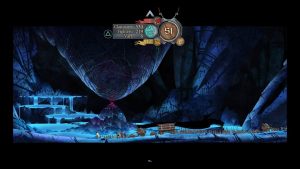 Verdict 9/10 Porco Sutr! Comment The Banner Saga 2 on consoles convinces under the narrative and visual sector, while leaving some doubts about a less immediate control system than the PC counterpart. If you overlook the cumbersome controls (which you get used to in a couple of chapters), we find ourselves faced with the matured continuation of one of the best indie productions of 2014, and an excellent intermediate chapter that will lead us (hopefully to soon) to an epic conclusion to the Stoic Studio saga. An excellent mix of mechanics that makes the narrative its main strength, but at the same time manages to give more than a satisfaction on the battlefield, thanks also to an artistic sector capable of competing even with high-level productions. Pros and cons ✓ Well-narrated events
✓ Exceptional artistic sector
✓ Allows you to use the data from the first chapter x Controls not intuitive compared to the PC version
x No extras over the PC version
Do you want to be a video game expert and know all the tricks, guides and reviews for your video games ? Holygamerz.com is a group of video game fanatics who want to inform you about the best tricks, guides and tips. We offer you the best information to be a reference in gaming, so here you can find guides, tricks, secrets and tips so you can enjoy your games to the fullest. Are you ready to get all the achievements of that game that you resist so much? Enter now and enjoy your favorite video game to the fullest!
Special Stories of Life Played: Hellblade (the ugly of being an editor) ❯