Super AMOLED vs Super LCD, what are the differences? 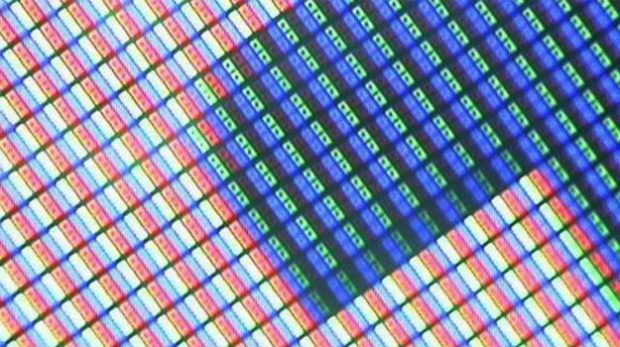 Super AMOLED (S-AMOLED) and Super LCD (IPS-LCD) are two types of displays used in different types of electronics. The former is an improvement of OLED while Super LCD is an advanced form of LCD. Smartphones, tablets, laptops, cameras, smartwatches and desktop monitors are just a few types of devices that use AMOLED and / or LCD technology.


All in all, Super AMOLED is probably the better choice than Super LCD, assuming you have a choice. Read on to learn more about how these display technologies differ and how to decide which one is best for you.

S-AMOLED, a shortened version of Super AMOLED, stands for Super Active Matrix Organic Light Emitting Diode. It is a type of display that uses organic materials to produce light for each pixel.

One component of Super AMOLED displays is that the touch-sensing layer is embedded directly into the screen rather than existing as a completely separate layer. This is what makes S-AMOLED different from AMOLED.


What is IPS LCD?

Super LCD is the same as IPS LCD, which means in-plane switching liquid crystal display. It is the name given to an LCD screen that uses switching panels (IPS). LCD screens use the backlight to produce light for all pixels, and each pixel shutter can be turned off to affect its brightness.

Super LCD was created to solve the problems that arise from TFT LCD (Thin Film Transistor) displays to support a wider viewing angle and better colors.

There is no easy answer as to which display is better when comparing Super AMOLED and IPS LCD. The two are similar in many ways but different in others, and it often all boils down to how one performs over the other in the real world.


However, there are some real differences between them that determine how various aspects of the display work.

For example, a quick consideration is that you should go for S-AMOLED if you prefer deeper blacks and brighter colors because those areas are what sets AMOLED screens apart. However, you could opt for Super LCD instead if you want sharper images and want to use your device outdoors.

S-AMOLED displays are much better at revealing dark black because every pixel that needs to be black can really be black as the light can be turned off for every pixel. This does not happen with Super LCD screens as the backlight is still active even though some of the pixels must be black and this can affect the darkness of those areas of the screen.


Also, since blacks can be truly black on Super AMOLED screens, the other colors are much more vibrant. When the pixels can be completely turned off to create black, the contrast ratio outperforms all with AMOLED displays as white is brighter thanks to black, truly black.


However, because LCD screens have backlights, it sometimes appears that the pixels are closer together, producing an overall sharper and more natural effect. AMOLED screens, when compared to LCDs, may appear too saturated or unrealistic, and whites may appear slightly yellow.

When using the screen outdoors in bright light conditions Super LCD is sometimes said to be easier to see but S-AMOLED screens have fewer layers of glass and therefore reflect less light so there really isn't a clear answer to how they compare in direct light.

Another consideration when comparing the color quality of a Super LCD to a Super AMOLED screen is that the AMOLED display slowly loses its vibrant color and saturation, although this usually takes a long time and may not be noticeable. .

With no backlit hardware and with the added benefit of a single screen carrying the touch and display components, the overall size of an S-AMOLED screen tends to be smaller than that of an IPS LCD screen.

This is one of the advantages of S-AMOLED displays particularly when it comes to smartphones as this technology can make them thinner than those using IPS LCDs.


That said, since every pixel of a Super AMOLED display can be optimized for every color need, the power consumption can, in some situations, be higher than the Super LCD.

For example, playing a video with lots of black areas on an S-AMOLED display saves energy compared to an IPS LCD screen since the pixels can actually be turned off and there is no need to produce light.

On the other hand, displaying lots of colors all day would most likely affect a Super AMOLED screen more than a device using the Super LCD screen.

An IPS LCD screen includes a backlight while S-AMOLED screens do not, but they also have an additional layer that supports touch, while Super AMOLED displays have that built into the screen.

For these reasons and others (such as color quality and performance), it's probably safe to say that S-AMOLED screens are more expensive to build and therefore the devices that use them are much more expensive than their LCD equivalents.

4G technology, what are we talking about? ❯

add a comment of Super AMOLED vs Super LCD, what are the differences?