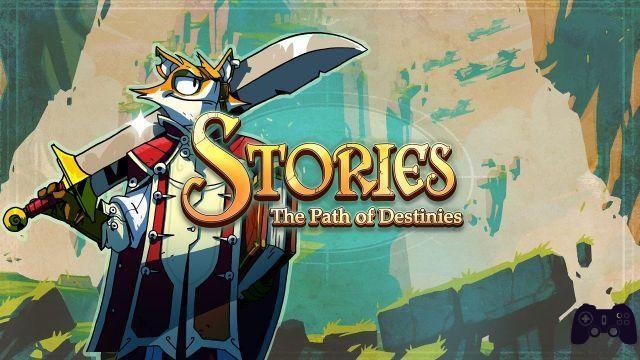 There has often been talk (even at our coordinates) of the relationship between choices and video games and how in essence it is nothing more than a narrative artifice aimed at directing the narration on anyway predetermined tracks. Once this physical limit has been assimilated, what would happen by bringing the ramifications to their maximum terms, as the Librogames had done in the past? This is the question to which Spearhead Games seems to seek answer with Stories: The Path of Destinies, available from April 12 on PC and Playstation 4. Let's see with what results

The ways of destiny are infinite 24

Stories: The Path of Destinies is essentially the illegitimate child between video games and librogame

The world is increasingly torn apart by the clash between the Mad Emperor, in the perennial search for ancient knowledge and artifacts, and the Rebellion, a swarm of guerrillas who oppose the tyrant and his Ravens. The protagonist Reynardo, a fox with a past as an outlaw behind him but now a sort of hero, is placed on this quite familiar scenario, his friend Lapino, a member of the rebellion who fell into the hands of the Ravens and Zenobia, a childhood friend of Reynardo but on the side of the Emperor, of whom she is the adopted daughter. Two artifacts from an earlier era peep out onto the battlefield: the Skybreaking weapon, a weapon with legendary powers divided into two parts (armor and core) and the mysterious Iblis Stone. If this is the chessboard, the outcomes of the story (or rather, of each "story" intended as a game run) will depend, as in chess, on the moves made by the player: the aim of the game is, trivially, to be able to put an end to the conflict, but to succeed it will be necessary to face a certain number of games, making different choices and arriving at different outcomes, to learn the four Truths that Stories hides. Only once this knowledge has been obtained, each linked to a particular "pawn" present on the plate (excluding Reynardo who, as mentioned, plays the role of protagonist and alter ego of the player), will all the cards necessary to find and travel the only road, among the 24 possibilities present by crossing the combinations (and excluding a couple of dead ends), towards the real ending of the game, taking the best narrative crossroads and making sure that all the elements go in their place.

The narrating voice is in all respects an added value

In all this the player will be accompanied by the narrator of the title, as if we were in front of a fairy tale (and in a certain sense we are, since each of the "paths" hides a sort of moral and the protagonists are all animals) as well as describing the events will give voice to the various characters involved, interpreting their role. The narrator at the end of the day is a real added value to the idea put together by Spearhead, not limiting himself to telling what happens and to an excellent test from a vocal point of view but literally keeping the player company during the playful phases, where rather than disappearing behind the scenes he decides to throw himself into jokes, jokes and quotes that put a strain on the strength of the fourth wall and, ultimately, enrich the whole by managing to entertain.

Spearhead has created an action-rpg with some puzzle / platform aspects, which however fails to fully express its mechanics

A little further on we mentioned the "playful phases": Stories in fact, between one crossroads and another (where the stage is logically left to the story) reminds us of being in front of a video game, proposing sections where in the role of Reynardo we explore the surrounding environment and battle with the Ravens who cross the path of the fox. In essence, Spearhead's creature is an ation-rpg that borrows some aspects from the puzzle / platform genre as regards the exploratory part: Reynardo can progress, game after game, on two fronts, accumulating experience points and obtaining skill points to be spent in the various branches available (ranging from classic health upgrades to real new skills, such as the possibility to use the shot or to activate a sort of Bullet Time after a counterattack) or by collecting around the various maps essences and minerals useful to forge and enhance some swords to be used in combat (for a total of four different blades, each equipped with two levels). Each weapon is equipped with a secondary power, which allows you to add an element to the damage inflicted by Reynardo, recover health or speed up his movements by consuming an energy bar during use (activated by holding the R2 key). The equipment of the fox is then completed by the possibility of using three gems, also these to be collected around in the various levels (usually they are positioned behind some doors that can be opened only if the corresponding sword has been forged), which add greater resistance to blows, the possibility to destroy the shields of some enemies and other secondary effects.

The possibilities in battle essentially include the possibility of using a sort of hook to bring his enemies closer to Reynardo, the simple sword strokes (the "combos" are performed simply by pressing the square button) and the ability to "impale" an opponent on the sword and then throw it off the map or at its companions, to eliminate those who fall with a single sword strike while on the ground. The whole thing, both in terms of progression and from the point of view of the naked and raw battle system, is actually a bit sketchy and shallow, and after a certain number of games it is very easy that you have already obtained all four swords present and found the level 3 gems in the chests. Therefore, as you go along, particular enemies will start to appear (capable of enhancing their companions or exploding doing serious damage once triggered) the experience never reaches a demanding challenge level: it probably happens to run into some game over, however without consequences, but usually on the second attempt you can progress without problems, especially once in possession of some of Reynardo's abilities (such as the sword that regenerates health). It's a shame, since as mentioned the main idea on which the game is set has a lot of potential (and narratively manages to express it well) but it would have needed a more decisive hand on the purely playful front to remove the danger of repetitiveness. 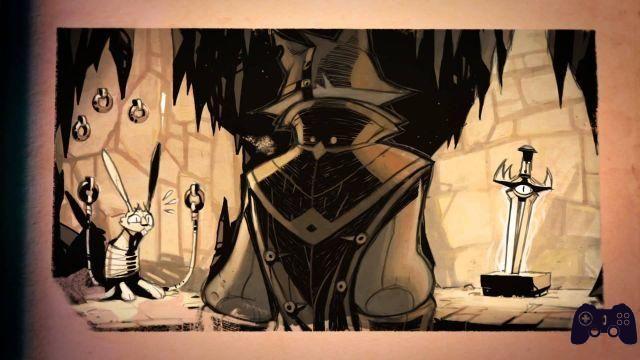 Stories: The Path of Frame-rate

Thick artistic system, but with some fluidity problems

Visually speaking, Stories is very successful, choosing a stylistic approach that, thanks to the warm and bright colors allowed by the Unreal Engine 4 palette, goes well with the “fabulous” tone of the production and manages to give images that could easily be mistaken for illustrations. But sorry to have to report, at least as regards the incarnation for Playstation 4 of the title, a series of slowdowns and minor frame-rate dips, that afflict the experience not so much during the combat phases as those of exploration, striking suddenly and without apparent motivation and then in any case not returning to be heard for a certain time. Said of the excellent work done in terms of dubbing, even on the sound front the title defends itself well, offering an accompaniment that is not memorable but certainly of company. The Spanish localization is also promoted, which apart from some of the narrator's jokes (which, however, it must be said, certainly render better in English) brings an adaptation free from particular problems to the TV screen.

Verdict 7.5 / 10 A true hero plays all 24 stories Comment If Spearhead had placed in the playful aspects of Stories: The Path of Destinies the same care with which he has packaged the narrative component (or rather, multi-narrative) of the product we would be talking of a title destined to make school: unfortunately the Montreal studio stopped a step earlier, setting up convincing but not very deep mechanics, which therefore cannot properly hold back the danger repetitiveness due to the setting of the experience, which it wants to be played several times in order to get to the end. It's a shame, but considering the price at which the package is sold (about 15 euros, net of discounts) and the good things done on the story-telling front, we cannot but recommend the experience to all lovers of good stories. However, keeping in mind what the limits of the title are. Pros and cons ✓ The narrating voice
✓ Well told
✓ Extremely replayable ... x ... But it risks becoming repetitive
x Shallow mechanics
x Some fluidity problems
Do you want to be a video game expert and know all the tricks, guides and reviews for your video games ? Holygamerz.com is a group of video game fanatics who want to inform you about the best tricks, guides and tips. We offer you the best information to be a reference in gaming, so here you can find guides, tricks, secrets and tips so you can enjoy your games to the fullest. Are you ready to get all the achievements of that game that you resist so much? Enter now and enjoy your favorite video game to the fullest!
Resident Evil Review ❯

Deadpool review (PS4 and Xbox One)

Add a comment from Stories review: The Path of Destinies