Stop Motion, how to do it step by step 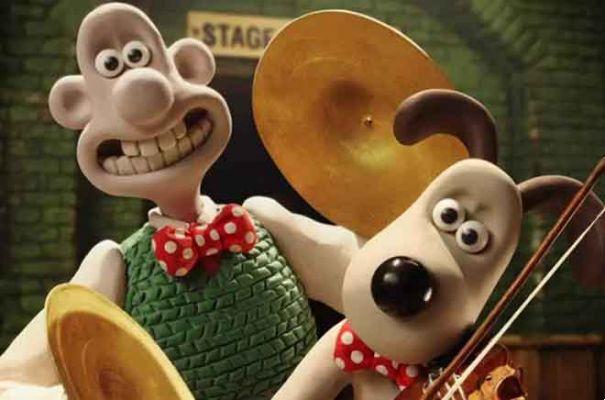 What is stop motion? It is not just photography, but it is not even a video. A stop-motion (in Spanish technique step one) is an animation technique that consists in acquiring a series of images in a sequential way to simulate the movement of static elements. With this we will create a video where these elements seem to come to life.


This technique undoubtedly requires a dose of patience, as it is a laborious job that takes some time, but no doubt when you see the final result you will know that it was worth it.

So don't throw in the towel if the first try isn't what you wanted. In fact, it will be very likely that after having already done some of the work you will realize that something has come out of the frame, or that simply the angle from which you are shooting the shots does not convince you at all. This will force you to start over, but I insist, don't give up because it's worth it.

What do you need to do stop-motion?

If you want to do a stop motion you will need the following materials.

You can also choose to connect the camera to a computer and take photos from it, known as tethering.


How many photos should we take?

One of the first things we will ask ourselves is how many photos we need to take to do a stop-motion. Well, the first thing is to know how long we want our final sequence or video to last.

To give you an idea and to have a reference, usually you work with 24 fps (in the cinema) and 25 fps or 30 fps (on television). With this frame rate per second we can fool our eye and create the illusion of movement.

Well, to make a stop motion we must take into account that the more frames we have per second, that is, the more photographs we take per second, the smoother the movement will be. So while you can try as much as you like, what is recommended for a stop-motion is between 10 fps and 15 fps.


Once we know them, let's assume we want to get a 30 second video. How many photos will we need?

That is, the number of necessary images will be obtained by multiplying the duration of the video by the frame rate we select.

Therefore, it is important to know approximately how long we want our video to last, because based on that duration we will know how many photos we will have to take and we will be able to change the position of the elements that we are going to use in a more or less subtle way.


As further information, it will always be better to take more than fewer photographs, since with a simple adjustment we can vary the speed. However, if we don't have enough photographs, the jump from one location to another will be very abrupt and we won't be able to fix it.

Tips for the session

Once the material has been prepared and we are clear on how long we want our video to last and therefore the number of photos we need to take, the next thing is to start the session. Here are some key points you should consider.

Get the idea clear

Before we start taking pictures like crazy, the first thing we need to do (and it's more important than we think), is to be clear about the idea or story we want to tell and, of course, consider how we want to do it.

There are those who choose to create a storyboard that serves as a guide to know the amount of photos and movements that will have to do with the elements that appear in the photograph. It is not essential, but it is convenient that you are in control of the movements you want to record and the number of photos you will need to take each one.

So, if we have an object that needs to move from point A to point B, remember that to keep progression in the sequence the movements must be as fluid as possible, without there being sudden jumps between one position and another.


On the other hand, if this is your first time trying to do your stop motion, I recommend you start with short videos, so you will become familiar with the technique and learn little by little without saturating yourself with the amount of work behind this type of animation.

To give you some inspiration, think that you can count from a cooking recipe, a video clip, a slide show, an animated scene with the toys you have at home, play dough or inanimate objects; or you can even do a human tetris.

Another important point is that of lighting. While you can work with natural light, it's not the most advisable and I'll tell you why. As we said the camera must remain motionless at the time of shooting so that the framing does not vary in them, we must try to make the light equal too.

Natural light can be beautiful, but if it is characterized by something, it is because it is not constant. Just pass a cloud to cover the sun and change all the lighting in the scene. For this reason yes recommends working with artificial light, both with flash and with continuous light, to be able to manually configure power and arrangement and thus ensure that the lighting is the same during all shots.

Although there is a clear exception, and that is when a change in lighting is contemplated in the narrative itself, in which case it is justified to change the light of the scene.

I told you before that you use a tripod to prevent the camera from moving during the scene, because the only thing that has to move are the elements we are going to photograph, so the framing must be the same in all of them.

Of course, if your planning is more complex and includes different scenes, you can have a different frame in each of them.

When it comes to camera settings, it's important that you have the courage to take the leap and activate manual mode of your camera. Just as we don't have to change the framing or lighting, you shouldn't change the exposure, and this can only be achieved if we activate the manual mode of the camera and configure it with the desired values.

As always, the settings will depend on the lighting you have in the place where you do the stop motion, but we can give you some tips, such as:

Another important point will be to work focusing on the manual. If we work with the autofocus and from one photo to another the focus varies, we lose continuity, so it is better that you configure it manually, focus on the point you want and do not touch it anymore during the rest of the shots.

The last step will be to put together all the photographs we have taken in an editing program and thus create our stop motion. You can use advanced programs such as Adobe Premiere, Sony Vegas, Final Cut; or even simpler programs like iMovie or Windows Movie Maker.

Whatever it is, what you should do is:

Do you prefer to do it with your mobile phone?

If you prefer to stop motion with your mobile phone, here are some applications to make your task easier.

Isn't it fascinating? Creating stop-motion can be a lot of fun, and not only that, but it helps us to better understand how cinema was born and all the magic we can create with it. So go ahead, get the little ones in the house to participate and create your own stop motion.

Store TutuApp, guide for download and use for iPhone and Android ❯

add a comment from Stop Motion, how to do it step by step