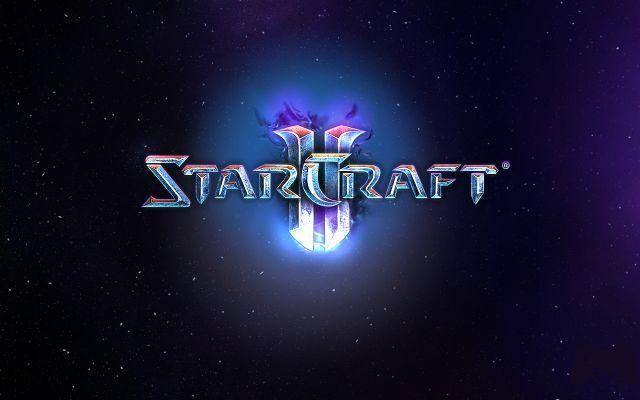 Blizzard is always synonymous with quality, the beautiful Warcraft strategy series, its weapon of mass destruction called World of Warcraft and the historic Diablo make it the most well-known and powerful PC gaming company in the world. But if we have to talk about a game that has changed a generation of gamers and created a real social phenomenon, we have to talk about the king of strategists, Starcraft. The first Starcraft revolutionized the industry with extraordinary gameplay and revolutionary multiplayer Battle.net. The game continued to be one of the pillars of international multiplayer until the release of the second chapter, in countries like South Korea, players are hailed as stars and tournaments are a daily affair. After years of postponements and uncertain dates, Blizzard has finally put its gem on the market, climbing the RTS PC charts in a few days.

The first thing that catches the eye when we start the game are the menus, a well-designed interface makes every “movement”? easy and intuitive without having to turn a thousand pages and sub-pages. The game is simply divided into two parts, Singleplayer and Multiplayer. In the Single Player section we will be able to continue the reckless adventures of Jim Raynor and his strays in the splendid Campaign or try our hand at prize challenges that will test our skills as a commander. The Campaign connects directly to the facts told in Brood War and in this first chapter will focus on the Terrans. Yes I wrote the first chapter, because Starcraft II is a trilogy (Wings of Liberty, Heart of the Swarm and Legacy of the Void) where in each episode we will undertake the exploits of the different races under various types of gameplay. Wings of Liberty is based on pure real-time strategy play. During the Campaign we will be offered crossroads missions that will partially change the story itself, for example if we accept to help one ally over another we will receive new units of different types and the discarded missions can be replayed in the game menu once the Countryside. Small goodies enrich the already excellent storyline, the presence of an Armory where you can modify the units by adding weapons, armor or skills, a laboratory where we will study the Zerg and Protoss technologies to be able to integrate them into the Human ones and the possibility of hiring super Mercenary units make all varied and never repetitive. The story is really well created, the twists are not lacking and the videos in Computer Graphics leave you breathless. As for the graphics, the game requires powerful graphics cards to be enjoyed at its best, in most common computers the game will have to be turned to normal or low to overcome the framerate drops, which spoils the involvement of the campaign, where the 70% of the movies are created directly by the game engine. The in-game effects perform quite well even at minimum graphics levels and when set to maximum they create a fantastic visual spectacle; also excellent dubbing.

FORMULA THAT WINS DO NOT CHANGE

If the campaign itself makes the game exceptional, the Multiplayer sector makes it on the verge of perfection. Seeing that the success of Starcraft was mostly due to the online sector, Blizzard has practically "updated" ?? the old one, the gameplay remained unchanged as well as most of the tactics (apart from some questionable balance of units). The maps are well designed and offer a good tactical level, an important accessory that makes the online game theoretically "infinite" is the map editor. More experienced players will be able to create their own map or even their game through this editor, we could call it a LittleBigPlanet for PC. The multiplayer is divided into Leagues that vary according to the skill of the players: Champion, Diamond, Gold, Silver, Bronze. Through 5 test matches you will be judged and placed in the correct league and you can move up the league distinguishing yourself among the others by climbing the ranking. The online modes are standard: free for all, 1v1, 2v2, 3v3, 4v4, which allow each player to try their favorite style of play, from tense 1v1 face-to-face battles to 4v4 team play, each league is separate from others. The units available per race are varied, although most of the time the mass creation of the flagship unit will be enough to win. Starcraft II online is not very suitable for gamers who try their hand at RTS for the first time, the heavy competitiveness and skill of certain players will almost always lead to a long series of initial defeats. For the launch of the game, Blizzard revamped Battle.net, creating a multi-title game network. Friends you add via the Battle.net ID will always be connected with you even if they are playing World of Warcraft or the next Diablo.

Verdict 9.5 / 10 is NOT like playing Warcraft! Comment Starcraft is also perfect in this new incarnation. What he had to do he did and took back the throne among the real-time strategists. Old fans will be able to see a game they loved under a new and beautiful graphics sector and newbies will be able to get to grips with it quickly. You cannot say that you are an RTS fan without owning this great title that for the second time brings us to the center of the battle. FOR THE SWARM! Pros and cons ✓ Engaging and well-curated campaign
✓ Perfect multiplayer
✓ Excellent graphic effects x After all, it is a restyling of the original Starcraft
x It requires exorbitant requirements

Do you want to be a video game expert and know all the tricks, guides and reviews for your video games ? Holygamerz.com is a group of video game fanatics who want to inform you about the best tricks, guides and tips. We offer you the best information to be a reference in gaming, so here you can find guides, tricks, secrets and tips so you can enjoy your games to the fullest. Are you ready to get all the achievements of that game that you resist so much? Enter now and enjoy your favorite video game to the fullest!
Red Mage Skills and Traits Guides - Bravely Default II ❯