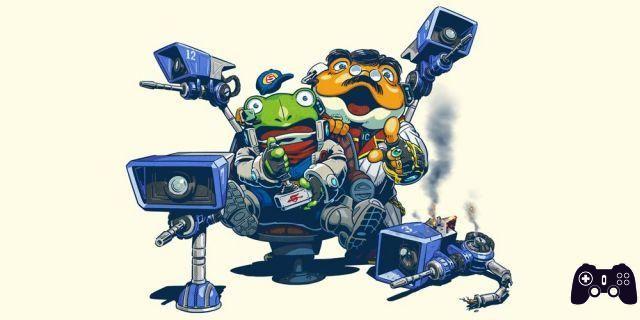 To accompany the long-awaited launch of Star fox zero su Wii U There will be also Star Fox Guard, curious spin off present in physical form in the first print copies of the major release and otherwise available as a digital download on Nintendo eShop. A bit like the main release, Star Fox Guard was born as one of the many prototypes made by the Shigeru Miyamoto team to demonstrate the uses of the Wii U GamePad, an effort that comes late in the life cycle of the unfortunate home console, but not for this reason must be taken lightly.

In Star Fox Guard we are in the shoes of a 'security camera operator, in charge of ensuring the normal running of rare mineral extraction operations of a small company owned by Grippy Toad, good old Slippy's uncle we all know as a pilot and mechanic of the Star Fox squadron. Our infamous augers, located in the various planets of the solar system Lylat, will in fact be under the constant onslaught of robots, which we will have to keep away by using 12 security cameras with various weapons attached to them. While on the GamePad screen we will have a map of our factory, configured as a labyrinth around the extractor to be protected, on the television we will have a screen with a small view of each camera and a larger one in the center that of the camera currently under the our control. To switch to control a different camera, simply touch its icon on the GamePad, through a constant multitasking between the two screens. The robots that will attack our installations in consecutive waves are divided into two categories: the disturbing robots, which can temporarily disable our cameras, destroy them or even just generate a smokescreen that blocks our view, and the offensive robots, which we will have to eliminate all costs before they reach the center of the extraction platform, penalty the game over. These will also be of different types, some faster, some shielded, and so on. In order to pass the level it will be necessary to eliminate up to the last of the offensive robots, while exterminating even the disturbing ones (operation however necessary in order not to compromise our offensive abilities) it will be possible to obtain bonus points, used to unlock extra levels, new weapons for our cameras and so on. 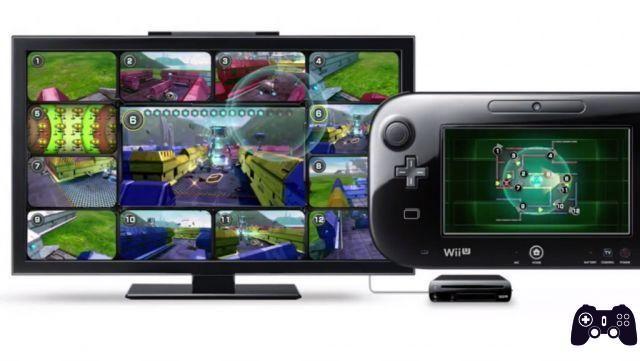 Each Lylatian planet will feature multiple mining platforms with different internal runner layouts, ed the player will also be given the choice to change the positioning of the cameras before the start of each game, allowing you to face the enemy waves differently. In addition to the standard missions it will be possible to face, as we unlock them, even some with particular conditions, such as with enemies that parachute from the sky or with cameras equipped with very limited ammunition. Between the standard missions, however always interesting for the variety of enemies and their always different patterns, and the extra ones, Star Fox Guard always manages to keep fresh and compelling. The difficulty curve is quite well studied and increases hand in hand with the player's confidence with the commands and with the unlocking of new weapons, so that the challenge is always at the limit, without ever leading to frustration and insurmounty. The idea behind Star Fox Guard is to force the player into unbridled multitasking, stimulating his spirit of observation and his speed in making decisions, going to create a very tense and adrenaline-pumping tower defense. In case the player feels overwhelmed, he can, twice a day, use the Amiibo of Fox and Falco to call a providential air attack to his aid.

As if the considerable amount of missions provided by the game were not enough, Star Fox Guard's longevity is increased exponentially by the game's social features. After completing the missions of the first planet, in fact, the player will be able to use a real one editor to program your own set of robot waves for each of the available levels, to be shared with other players on the model of Super Mario Maker. The editor, surprisingly immediate and easy to use, allows you to decide which robots will appear, where they will appear and when they will. It will even be possible to choose between different paths for each robot to take, creating always different combinations. Create the perfect storm for other players as well tackle the sadistic levels made by users around the world gives the title an edge, elevating the mix of Star Fox Guard to the nth degree. As for the aspects related to the technical realization, on the audiovisual front the game follows the choices of the older brother Star Fox Zero. The general impact is pleasant and competent without ever trying to dare something more, a decision in the end suited to the type of game. The only thing that can be done is the presence of elements from the Star Fox universe. As it is, Guard could also work well as a stand alone experience, connect it at all costs with the Star Fox franchise, although the operation is not forced, it was not at all necessary for the final surrender of the title.

Verdict 8.5 / 10 Even these drills will not stop Comment Star Fox Guard is an interesting and brilliant tower defense that comes from the idea of ​​exploiting the Wii U dual screen for multitasking mechanics capable of taking the player to the limit. The immediacy of its gameplay and a progression of the perfect difficulty curve make the experience always engaging, dynamic and frenetic for the player, who in the end is forced to see how Guard has a very specific reason for being that goes far beyond the simple companion game of Star Fox Zero. The social modes that are unlocked after the first world, then, raise madness to the nth degree. Titles like this would have been needed at the launch of Wii U. Pros and Cons ✓ Simple but very engaging mechanics
✓ Well calibrated difficulty curve
✓ Sharing social levels makes it potentially infinite x Was there really a need to include the characters from Star Fox?
x Average audiovisual sector

Do you want to be a video game expert and know all the tricks, guides and reviews for your video games ? Holygamerz.com is a group of video game fanatics who want to inform you about the best tricks, guides and tips. We offer you the best information to be a reference in gaming, so here you can find guides, tricks, secrets and tips so you can enjoy your games to the fullest. Are you ready to get all the achievements of that game that you resist so much? Enter now and enjoy your favorite video game to the fullest!
News Miyamoto asked Eiji Aonuma to make a Mario-Maker-style Zelda game ❯