SSD memory vs. RAM: Which One Improves Your PC's Performance? 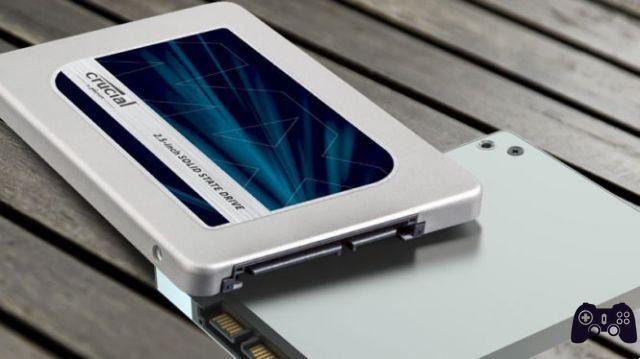 
Traditionally, when you wanted to improve computer performance, the obvious solution was to change the CPU or graphics card. It still works now, but in some cases you will notice an even greater improvement in performance by installing an SSD memory or by expanding the RAM memory. Spending less money.

Ideally, if we can afford it, it would be better to install both: an SSD memory to speed up the operating system or load games, and expand the RAM to watch 4K videos and other improvements. But if your wallet doesn't allow it, then you'll have to decide one between the two.

We see the pros and cons SSD installation versus RAM expansion and situations, especially in relation to games, or if it is better to install / expand one of the two.

SSD o Solid State Drives have been released for a couple of years, but only in the last few months are we seeing their usage increase and even storage space increase, to become a viable alternative, allowing us to say goodbye to good old hard drives.

The main advantage of an SSD over a hard drive or HDD is that it has no moving parts.

Hard drives have a small motor that spins the drive and a head that reads data. This motor and the spinning of the drive produce noise, produce vibrations, overheat the drive, consume energy and limit the speed of hard drives.


Le SSD they typically use NAND flash memory with no moving parts, they consume less, make no noise, heat little, and are much faster than a hard drive. They are also more resistant to shocks and falls.

Today we can buy a 120 GB SSD for only € 33. Or a 500 GB SDD for € 119. They are reasonably priced, considering they are around three times faster than a traditional hard drive.

Hard drives will stay with us for a long time to come, because they are cheap and offer large storage capacity. Today we can buy a 4TB external drive for € 99. But in terms of performance, an SSD drive outperforms it in almost all respects, as you can see in these tables:


Characteristics of a HDD

Characteristics of an SSD

Un SSD disk it captures data faster, reads faster, consumes less and needs less CPU resources. But they don't just have advantages. They have a limited number of data writes (in modern SSDs, several TBs) and over time they end up degrading and you have to change them. And as we've seen, they're more expensive and offer less space than a hard drive. But if you want improve the performance of your PC, you need to install one (or two) SSDs, as we will explain.

In recent times i disks M.2 have become fashionable, they are nothing more than an evolution of the SSD.

The new M.2 form factor is a revision of SSDs where NAND flash memory chips are placed on a board that plugs directly into the motherboard and requires no additional power.

Sometimes the board is placed on a plate and is used to add a heatsink.

- SSD M.2 they are inserted into the motherboard via a SATA III connection or a PCIe slot. They are easy to distinguish because those that switch to a SATA connection have two notches and those that use PCIe, one.

La RAM it is infinitely faster when running games and applications. The problem is that it is volatile, that is, when it does not receive energy, it is canceled. This is why we use non-volatile memories, such as the aforementioned hard drives or SSDs, to store data.

La RAM is filled with three types of software:

These three parties compete with each other. If you play video games you need as much RAM as possible, so you have to keep the operating system and the software we use in good condition, so that there aren't many background applications or system programs that consume all the resources.

Windows 10 also works fine with 4GB of RAM, but today to play powerful games we need at least 8 GB of RAM. If you're going to be using 4K resolution and high resolution textures, some games already recommend having 16GB of RAM.

In the PC gaming environment, the amount of RAM is not the most important. We need to check the memory type, speed and latency.

There are several RAM technologies: DDR, DDR2, DDR3, DDR4, etc. The bigger the better, but the motherboard has to support it.

Memory speed is important. A 2GB 400Mhz memory won't do the same job as a 2GB 2133Mhz one. This is reflected in the price.

At the time of playback, we must also take latency into account. This CAS latency (CL) is indicated in the memory specification. The smaller this value, the better.

If you are planning to buy memory for a gaming PC, it is better to have less RAM at higher speed and less latency, compared to more RAM, but slow or with high latency.

Installing more RAM does not increase performance instantly, unlike installing an SSD, where data loads faster and faster.

More RAM only benefits if the game or application uses that extra RAM, which isn't always the case. In fact, most games are programmed to use 4GB of RAM or less, and even if we have 32GB we won't take advantage of it and the performance will be the same as a PC with 4GB of RAM. But the most powerful games already require 8GB of RAM, and some use as much RAM as you have, even 16 or 32GB.

The reality is that there is no absolute answer. It depends on your current hardware and what you do with it.

If you have an old and slow hard drive, you will be interested in putting an SSD drive even if you don't have a lot of RAM. If you only have 2GB of RAM on your PC, it will be interesting to expand it, yes or yes.

And what happens in fairer scenarios, where performance in both sections is good? For example, if we have a fast hard drive and a PC with 8GB of RAM.

In this case, installing one or the other depends on the type of software you prefer. Let's see it in detail.

Situations where you want to install an SSD

When install an SDD, it is necessary to distinguish two things: the operating system, the games or the powerful applications.

We can buy a bigger SSD and use it for everything, like we do with hard drives, but like SSDs they aren't very big and today there are games like Final Fantasy XV Windows Edition that are bigger than 100GB. What it does is install the operating system on one small 120GB SSD and play games on another. In this way, both elements work separately and we get a higher overall performance.

Our advice is to install at least one SSD for the operating system, as you will notice an immediate improvement in Windows startup and application implementation.

È convenient to install a second or larger SSD for gaming, instead of more RAM?

Un SSD disk speeds up data loading, as it's at least three times faster than a hard drive, much more so if you're using an M.2 SSD. So we will notice that the games load faster. Powerful titles like the aforementioned Final Fantasy XV Windows Edition or Forza Motorsport 7 can take 2 to 3 minutes to load on a slow hard drive, while on an SSD it can be reduced to 1 minute or less.

But there is another important factor: background data loading, used in open-world games like Assassin's Creed Origins, Far Cry 5, and many more.

In these games, the storage disk continuously reads the data to load the new areas you visit in real time. If it's slow you will notice stuttering, textures that don't load or take a long time to load, etc.

Therefore, if you play powerful games that take a long time to load, or many open-world games that continuously load data in the background, it is convenient. install an SSD to increase performance rather than expand RAM (as we said, as of that we already have at least 4GB of RAM and even 8GB).

Likewise, if most of your games are simple and don't require a lot of RAM, like Fortnite, The Sims 4, indie games, etc. So prioritize the SSD drive.

Situations where it is interesting to expand the RAM

La RAM it is used by programs to manage data. More RAM will not give you a performance boost immediately, unless you are running many background applications or multiple powerful programs running in parallel. In these cases, Windows uses RAM and does not have to resort to the hard drive, which is much slower, so you will notice that your PC performs better.

Viber messages not displayed: what to do ❯

add a comment from SSD memory vs. RAM: Which One Improves Your PC's Performance?