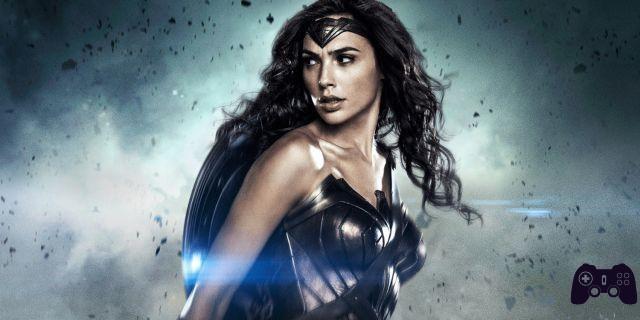 A few months after the appearance in Batman vs Superman: Dawn of Justice, the splendid Gal Gadot returns to the big screen as Wonder Woman, in the first film entirely dedicated to the most famous DC Comics heroine, the amazon bringer of peace ( to the sound of punches)!

As an absolute layman of comics and an all-round cinema enthusiast (as well as an amused spectator of all the superhero movies I happen to see, like Doctor Strange), I was at the preview of the long-awaited film dedicated to Diana Prince, cult heroine symbol of heroic femininity, born in 1941 from the pencil of William Moulton Marston (who wanted to give a symbol to the women of the time, in constant struggle to emerge from a totally male-dominated society) and who has since elbowed and contended the DC scene with characters of the caliber of Superman, Batman and the whole group Injustice. So will the beautiful and very strong Wonder Woman succeed in beating all the rivals present in the competitive ring of the “superhero movies“? Let's find out together, between the sacred and the profane, waiting for the release in theaters scheduled for tomorrow, 1 June.

A real comic on film, with all its pleasant and epic absurdities ...

Patty Jenkins, former director of Monster (which earned the Oscar to a superb Charlize Theron in 2003. A fil-rose rather than rouge) returns behind the (cinematographic) camera on this occasion, after 14 years and a career lived for the more in the context of TV series. The camera then dances to the notes of the score based, obviously, on the original comic and on the ideas of the omnipresent Zack Snyder. The result is a cauldron boiled on the fire of the god Vulcan, in which there is really everything: starting from the Amazons of course, who live and train on the hidden, enchanting and impenetrable (not really) island of Themyscira (presumably off the Greek coasts and actually shot between the splendid Matera and Marina di Camerota) led by Queen Hippolyta (C) and his sister, the general Antiope (which class Robin Wright, even as a warrior). In this real earthly paradise, ours grows Diana, the only child among these strong women, born from the clay to which Zeus he gave the spark of life, fulfilling Hippolyta's wish. From an early age our sweet little girl shows a great interest in the art of combat, effectively reserving a future in which she will have to fight with the god of war himself, Ares, he who instilled doubt and violence in the hearts of men, perfect creatures born from the benevolence of the father of all gods. Precisely this is the ultimate goal of the Amazons, that of waiting for the final showdown and finally freeing the world from war.

… Like Greek gods who trigger the First World War!

War that suddenly comes in the form of soldiers of the According to Reich, which in the middle of the World War I they find themselves chasing the US spy Steve Trevor (Chris Pine) just beyond the confines of the inaccessible island, actually protected by a mere optical illusion. From this moment the film takes off and Diana, now a young warrior decides to follow Steve in the war against the Germans, with in her heart the hope of finding Ares (the real cause of the conflict, according to her), kill him and end the brutalities of the greatest war the world has seen. At this point we have a free interpretation of Greece of myths and legends that collides with the First World War and that gives rise to a plot that is a bit spy story, a bit war movie, very fantasy and certainly superheroic. To this must be added a cast of supporting actors absolutely over the top, led by the legendary Ewen Bremner, yesterday Spud in Trainspotting (and its second chapter) and today Charlie, a Scottish sniper with not exactly stable nerves. The result is a soup so rich in flavor and far-fetched that it goes around and turns out to be tasty, all built around the figure of Gal "Wonder Woman" Gadot, whose progress of the plot, more than anything else a funny pretext, does not take away even a second in front of the camera. 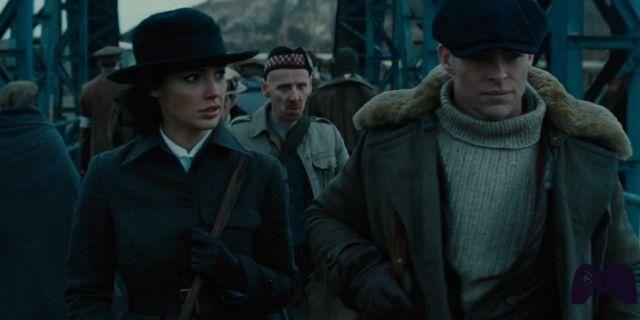 To say that the focus of the film is the protagonist would be like saying that [a random game of Kamiya] is the best video game ever.: an obvious. The Israeli actress, known to the cinema audience above all for the role of Gisele Harabo in Fast & Furious, today plays the role of the heroine armed with whip and shield as if she were born there. The beauty of her figure is visible to anyone, but the character manages to go beyond appearances (although the actress has yet to reach full artistic maturity, but she will get there), thanks to the choice to characterize her since childhood. Diana is at first a girl who knows nothing of the outside world, grown in the golden garden of Themyscira and moved by pure and naive ideals, ancient and now unattainable, almost childish, like the classic peace in the world, which the Amazons believe possible by defeating the Roman Mars. As reality will fear before his eyes, in all the atrocity of the Great War, our "wonder woman" will begin to question the purity of the human soul and its ideals, mixed with the harsh reality, they will support him fighting spirit, and what a spirit.

The fearless Gal Gadot steals the show from the whole cast (especially the “bad guys”) with a convincing, heroic and very human performance. Honorable mention for Ewen Bremner, always legendary. 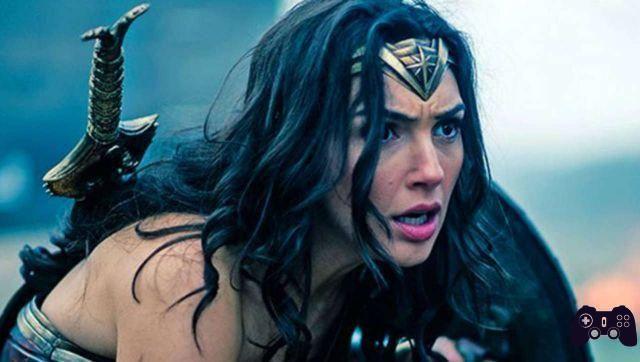 The fights, while not achieving the cleanliness and spectacularity of Marvel rivals, they manage to be as graceful as Gadot's face, in a continuous tango where the firearms of the Germans will do nothing against his innate hand-to-hand skills and superhuman strength. These scenes will be very physical and compelling, also thanks to the background of the actress, who served in the Israeli army and has particular familiarity with martial arts; not a trivial gift when it comes to having your body act too. The scenography gives even more prominence to the exploits of Wonder Woman, so out of place with her weapons and armor between the trenches of the Western Front and the chemical warfare carried out by the two villains, the general Erich Ludendorff (Danny Huston) and the mad scientist (just defined in the film, a classicon) Maru aka Doctor Poison (Elena Anaya), who do not stand up to our heroine for even one scene, mortally sinning by characterization. They will be able to do nothing against a strong, resolute, pure super-woman and, as often happens, ready to love.

Taking back the title of PlatinumGames superhero masterpiece for Wii U, I wonder for myself, were 141 wonderful minutes? Wonderful certainly not, absolutely enjoyable yes. Wonder Woman is a well-packaged action movie, with an excellent scenography and a good pace, but above all with a story that, although bordering on the absurd, is very comic; on the other hand, the basis is exactly that of the work on paper of DC Comics (I documented myself, despite what I wrote at the beginning of the special!). It is the transition from cellulose to celluloid that is sometimes strange, especially when you have such an exaggerated plot in front of you, but that doesn't mean it has to have a negative meaning. Personally, I enjoyed it a lot for this very reason, leaving me a little disappointed only for the ending, slightly limp, obviously without going into details. After all, everything revolves perfectly around a more feminine Wonder Woman than ever, in what she is a hymn to woman-power and to the strength with which women know how to reach their goals, relentless but without forgetting their humanity and love for loved ones, something that the male sex often fails. 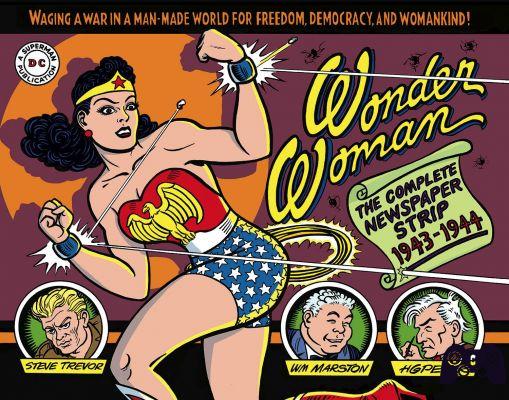 Do you want to be a video game expert and know all the tricks, guides and reviews for your video games ? Holygamerz.com is a group of video game fanatics who want to inform you about the best tricks, guides and tips. We offer you the best information to be a reference in gaming, so here you can find guides, tricks, secrets and tips so you can enjoy your games to the fullest. Are you ready to get all the achievements of that game that you resist so much? Enter now and enjoy your favorite video game to the fullest!
Everhood Review: A Journey to Enlightenment ❯

Special Galeotta was: the idea of ​​"exclusive"