After a week of sporting titles, it's time for fighting games, with the simultaneous release of Pokkén Tournament DX and Marvel vs. Capcom: Infinite. But which of the two titles will have given them and which will have taken them? Let's find out together, as always with the pad in hand.

Pad in hand is a weekly column that does not want so much to report the ranking of the best-selling games of the week, but rather to exploit them to reason, elaborate and segmentalize the videogame market of the boot.

To be honest, this week too, like the previous one, the sport wins. In fact, the brace continues PES 2018 ed NBA 2K18 at the top of the rankings, relegating to the highest new entry, Pokkén Tournament DX, a sweaty fourth place. Another news of the week, Project CARS 2, is placed with dignity in fifth position, while Marvel vs. Capcom: Infinite by Capcom blatantly fails the goal of entering the top 10 in its week of release, a non-exciting sign regarding the health of the franchise.

A comparison with last week makes us understand how to leave room for the two new entries were the double versions of PES 2018 (the PS3 version) and NBA 2k18 (the Steelbook edition, counted separately from the standard one). For the rest we are faced with a ranking with many now familiar names, from stainless GTA V e Minecraft to that continuous revelation that has proven itself Rainbow Six Siege. However, these are titles that have already been on the market for some time, with sales volumes presumably far from the peak. Here, then, is that the failure of Marvel vs Capcom: Infinite increasingly sounds like a wake-up call that Capcom would do well not to ignore, also given Pokkén's fourth place which demonstrates how a certain space for fighting games continues to exist.

Worry a little there Destiny 2's dive from third to seventh place. We are already at a first turning point for the life of the Activision title. Destiny 2 could in fact stabilize at these levels and sell continuously for months, as we have seen many titles do that we now define evergreen, or it could continue to lose positions, ousted by new and fresher releases. It is sure to be one of the most interesting games to watch in the near future for all the nerds on the charts. 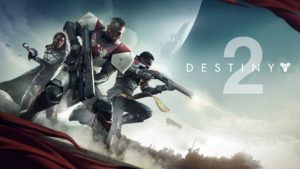 We also look forward to the results of FIFA 18, which will debut in this ranking next week. Not only will we see how the EA football title will fare against its long-time rival Konami, but it will also be interesting to see how many of the versions of the game will manage to enter the top 10. Observed special is certainly the Switch version, which if it manages to also in the lower area of ​​the ranking it would give a strong signal about the viability of the platform for third party titles, and would ensure the fundamental contribution of EA in the near future. It is not by chance that the only two consoles to see EA support withdrawn were Dreamcast and Wii U; spurious correlation or not, in both cases we know what their fate was.

Do you want to be a video game expert and know all the tricks, guides and reviews for your video games ? Holygamerz.com is a group of video game fanatics who want to inform you about the best tricks, guides and tips. We offer you the best information to be a reference in gaming, so here you can find guides, tricks, secrets and tips so you can enjoy your games to the fullest. Are you ready to get all the achievements of that game that you resist so much? Enter now and enjoy your favorite video game to the fullest!
Special Video games and violence: AI like people ❯