Why, after all these years, should I still play a pokémon adventure? A repetitive, old game that doesn't seem to listen to the players' voices… but it also has flaws.

After the release of the trailer for Sword and Shield Pokémon, I found myself thinking about my experience with pokémon games.

Year after year, generation after generation, I have ventured into the regions of that world where fantastic creatures live where I have experienced incredible adventures. But despite this I never stopped to ask myself the because.

In reality, even for many other games (or sagas) I have never done it, but with pokémon it is a bit different. The various chapters that have come out have different weaknesses that over time would probably make me lose interest in many other games, yet it didn't.

Another pokémon game? After all this time? Always.

In this article, we will first try to see which are the main ones problems some pokémon games and then we will analyze 3 reasons to keep playing, generation after generation. 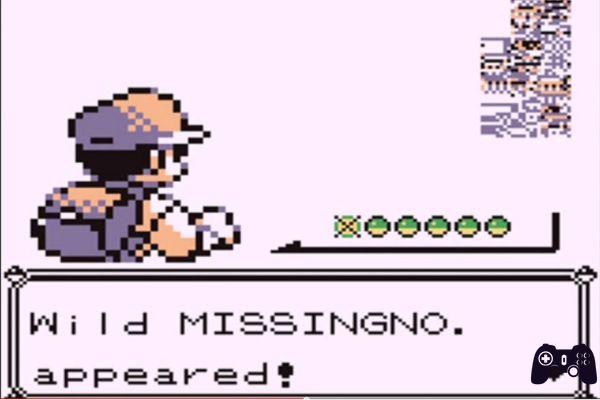 If I now compared red pokémon and ultra sun pokémon, I would find myself faced with some abysmal differences between the two titles, but it took 20 years to obtain them and we still find ourselves faced with a game that, at the base, still presents the same problems.

La repetitiveness of the gameplay, which adds some new mechanics from chapter to chapter but which is never completely upset and which is not enough to refresh the series, making the new games a copy of the previous ones that, although improved, always remain a copy.

the way you come into the world is irrelevant, it is what you do with the gift of life that determines who you are

La little maturity of the plots and characters (with a few exceptions), which, as long as you are a child can be fine, but when you grow up what reason do they give you to keep playing with it?

Someone may say "Well, but pokémon is a brand for children!" and it's true, I absolutely agree, but this is no justification for failing to convey deeper messages.

I've already shown you this when I told you about Ni No Kuni or Final Fantasy X, but we can also change sectors and watch a Disney movie or an animated series like Steven Universe: there are always more mature messages which is difficult for children to grasp (in a direct way at least) but which remain impressed and which contribute to growth and which, in this case, could also convince an adult to continue his adventure in the pokémon world.

La lack of "modernity" because, compared to any other modern RPG, pokémon is light years behind: absent or really bad secondary missions, fake 3D worlds linked to a fixed camera that limits its exploration, lack of challenge in the battles against Artificial Intelligence (although in Ultra Sun and Ultra Moon, the final boss and the post game tried to raise the bar, this is not enough).

To learn more:
Why do you keep playing Pokémon?


Finally, it appears that Game Freak and The Pokémon Company, do not listen to the voices of their players, who are clamoring for mechanics like the pokémon that follow you or those visible in the open world and who are satisfied with the release of Let's Go Pikachu and Eevee (which, say what you want, but are spin offs), and then being teased again when these mechanics seem to have disappeared from the first Sword and Shield trailer (I don't know about you, but I was disappointed with it).

I mean, why do I keep playing with it? I thought about it a bit and came up with it 3 reasons so I continue year after year to pick up my console and start an adventure in the world of pokémon again. These 3 reasons do not eliminate the previous problems but push me to buy the new chapters.

The first reason I gave myself is: collecting.

Capturing one is an unparalleled experience

Since pokémon red and blue (or red and green if we want to be precise) the various generations have always been composed of 2 or more complementary chapters. Each version has its own unique species which cannot be captured in the other version, making the collecting factor a challenge that cannot be overcome alone.

If to this then we add 3 starter, of which only 1 obtainable at the beginning of the game and which constitutes the first and most important choice of each chapter, we get something of only in the gaming landscape.


The urge to capture them all, linked to the need for interact, live or remotely, with other players has always been one of the strengths of the brand.

Each new game introduces new species to discover and capture, each with its own moves and characteristics and you start playing even before you have the cartridge in your hand: “Which version will I choose? Which legendary will accompany me on my adventure? And what will my starter be? " 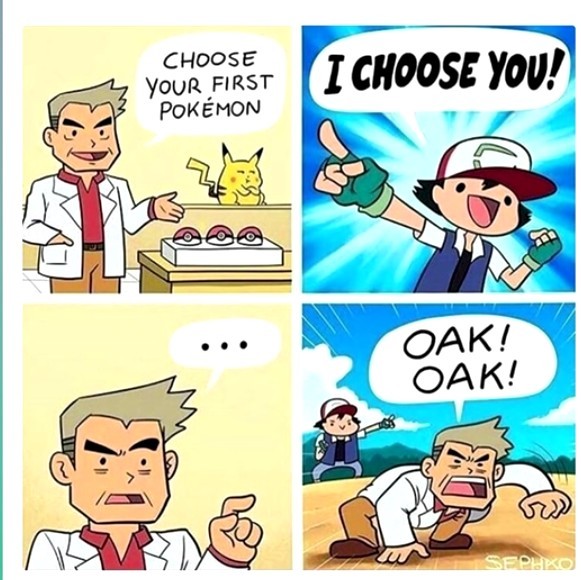 Basically a metagaming to the nth degree that creates a game in the game and that makes everything much longer than it should be.

But how, first you list the lack of challenge among the main problems of the game and now you put it among the reasons to keep playing it?

Yes and no. The challenge I'm talking about is not the one related to the difficulty of the game's AI, not just that at least.

One of the strong points of these games is theidentification, we are the protagonist, we train and raise the pokémon, we make them fight, we defeat the evil team and we arrive at the title of champions of the pokémon league.

But we all do this, the difference is that each of us can experience the adventure in a different way, creating a personal challenge, returning to the concept of metagame, creating a challenge within the challenge.

The pokémon titles allow the player to deal with them differently depending on their style and preferences.

There are those who play only for experience history and capture pokémon, perhaps as a casual gamer who is not interested in testing their skills but just wants to have fun and relax while experiencing an adventure. 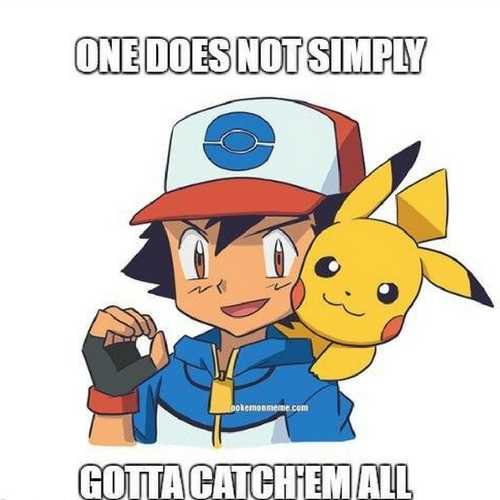 There are the collectors, who mainly play to get all pokémon

There are even those who try to build a LivingDex, in practice keeping in the Box not only one specimen for each species, but one for each evolutionary stage.

Some may even try to capture each pokémon with a specific ball or to get a female or male specimen depending on the species or even go hunting for Shiny to expand the collection.

Then there is the pro gamer, who does not just catch a pokémon, but looks for the one with a favorable nature, which has high statistics, perhaps with a particular ability.

... They are distinctions dictated by selfishness ...

He raises pokémon and through "breeding" he tries to hatch eggs that contain stronger specimens, with particular moves and with the natures he chooses.

… Really good coaches should win with their favorites.

All aimed at creating a team competitive, because yes, competitive pokémon is an incredible world. In its apparent childishness, a game is hidden strategic which can challenge even the most passionate player. And, if like me you are not a competitive player, you can still have fun watching it (I was a little skeptical at first, but it's really a lot of fun).

In short, everyone can create their own difficulty and, if you get tired of playing one way, you can try to approach the game in a different way.

Or, you can try one Nuzlocke Challenge 😉

We all approached the world of pokémon when we were small.

Within reach of imagination, there is a magical place ...

The first one I played was pokémon red (and soon after yellow) on a pc emulator, but my first real cartridge was pokémon silver. I still remember when I returned home and there, on the shelf, the figure of Lugia shone and seemed to call me to itself. Cyndaquil was my first starter, but I restarted the game several times trying them all and in my historical match I chose chikorita to accompany me in the region of Johto and then in that of Kanto.

... in which magnificent creatures ...

Even now when I live a pokémon adventure, memories of a bygone time come to mind, the summers spent playing with my friends, the exchanges of pokémon but also the great challenges to see who was the best.

One of the best memories is of a summer in Greece.

There were two children in the bungalows next to ours, I think they were English. I was small, I could hardly understand English and even speaking was complicated, but the language was not an obstacle.

It was during that summer that I began my historical adventure in silver pokémon, thanks to those two children I managed to get all the starters and started a game that lasted for years. It was enough to bring out our gameboy advances that immediately communication was no longer a problem.

We understood each other on the fly and where the words did not reach the imagination, linked to a world where we had lived adventures greater than us.

… It's the world of Pokémon

I never quite finished the pokédex of that game, and I had to wait for pokémon Y to decide to complete one 100%, but I will always be tied to the land of Johto, to Lugia to Ho-oh and to my Meganium.

But when time passes, you continue to play, linked to a distant memory, a scent of summer and an old console that contained an incredible world.

Do you want to be a video game expert and know all the tricks, guides and reviews for your video games ? Holygamerz.com is a group of video game fanatics who want to inform you about the best tricks, guides and tips. We offer you the best information to be a reference in gaming, so here you can find guides, tricks, secrets and tips so you can enjoy your games to the fullest. Are you ready to get all the achievements of that game that you resist so much? Enter now and enjoy your favorite video game to the fullest!
Bloodborne Review: The Sleep of Death released ❯

Special VR Zone Shinjuku: the future of arcades is already among us

Add a comment from Special Why do you keep playing Pokémon?