Yes, it is another Top 10 out of the usual banal and boring schemes of the web

Some might say that I got a taste for it, after last year's binge in which I only entered one of the eighty games I faced. The truth is that the web is full of personal rankings, and that it is not difficult to be a Geek in recent years, leaving room for something other than the media protagonist. So once again, ten things / stuff / what you want happened or came out in this 2018 almost running out, just in time for the annoying drunkenness of the end of the year. 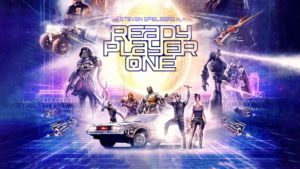 To learn more:
Ready Player One is a middle finger to those who love the medium

"But how, Pokémon Go still exists ?!" The answer to this question is yes, although there are still a large number of people who still believe otherwise. Data in hand, however, the app of Niantic has never been as alive as this year, between special raids, an avalanche of events and the connection with Let's Go Pikachu / Eevee.
2018 finally also marks the addition of exchanges and battles to the gameplay, as well as finally the possibility of calculating the steps even with the app turned off (Thanks Sincroavventura).
So, it took us two years, but Pokémon Go finally got decent at least. 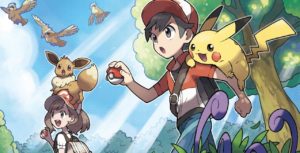 To learn more:
Pokémon Let's Go Pikachu - Is Generation I Really the Best?

The closure of Telltale, this time there are no alternate endings

Coming like a bolt from the blue, the news of Telltale's closure shocked the end of summer. The farewell of the projects in the pipeline and above all the failure to close the last season of The Walking Dead (later inherited from Skybound) were the last gasps of the software house, in strong loss for several years. Telltale then joins the ranks of studios that didn't make it, leaving a noticeable void in licensed productions. 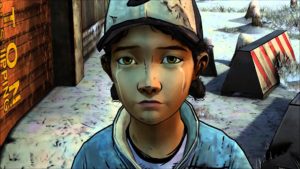 To learn more:
Telltale in liquidation, some games removed from Steam

Ralph Breaks the Internet, ok it comes out on 1 but ...

Okay, okay, I already told you about it two days ago (in the article you find in the box below) and to all intents and purposes, Ralph Breaks the Internet will be released on January 1st. But having included RPO, I couldn't leave out the other title that this year made quotes and easter eggs its strong point.
As already said, Ralph surprised me, for a brave bittersweet ending, which after that of the first one I didn't expect in the least. Excellent creation of the internet, even if the presence of clone sites of the rali has left me a bit dumbfounded. Start 2019 well and go to the cinema to see it, the princesses are worth the price of the ticket by themselves. Stay until the end of the credits.

To learn more:
Ralph Breaks the Internet and Outdoes Himself

Tabata leaves Square Enix: Goodbye and thanks for all the fish that Noctis caught

Along with Telltale there was another unexpected dropout this year. Almost like celebrating the second anniversary of Final Fantasy XV, Square Enix eliminated every planned dlc (excluding Episode of Ardyn) and Hajime Tabata left the company to start his own. Karma? Perhaps, but this abandonment marked the end of project XV, with all due respect to the defenders of the last chapter of the final fantasy. We hope that dear Hajime is doing well in the new team in this 2019 at the starting line. 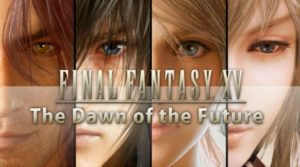 The Gunn scandal, the "sins" of the past

If Hajime Tabata was able to choose to leave Square Enix (as far as we know) the same chance was not given to James Gunn, the director of the two Guardians of the Galaxy. Small summary of the events: Gunn, very active on Twitter especially in criticizing Trump, is targeted by a supporter of the latter, who goes to find some very old tweets of the director in which he made jokes about pedophilia. Disney runs for cover and fires the director on the spot, putting the third volume of the Guardians into hiatus. The film remains without a director but with the script already ready, on the internet there is an outburst between favorable and opposing Gunn, the latter disappears from social networks and signs with Warner for Suicide Squad 2. Disney has kicked out the one who is probably the most director. appreciated by the MCU, able to give his original touch to a group to which no one gave two cents. The consequences will be seen after Avengers 4, but I'm sure they won't be painless.

Avengers Infinity War, the power of a snap of your fingers

It came, it destroyed us and it went away. Leaving us for months with theories, hypotheses, assumptions and various menate that we "nerds" like so much. The milestone of the first ten years of MCU shocked the fans and pissed off even more those who already hated the vein (but then they liked Venom and okay). Marvel Studios demonstrated how to keep a horde of characters on screen, how to tell them in previous films and give context with a sentence or two said at the right time. The blockbuster of the year, with no ifs and buts. End Game will hit theaters in 4 months and it still looks like a lot ...

To learn more:
Avengers: Infinity War - The milestone of 10 years of stories

Protagonist of Nintendo's E3, of the criticisms of those forty-five minutes of details on every single fighter, of infinite memes on all subsequent direct, Super Smash Bros. Ultimate  is finally available and is bringing home the deserved results.  Smash 5 is not a port, it is not a remastered sold at full price, it is a new title that arrives in a year obviously less incisive than that of the launch of Nintendo Switch. A year of adjustment, where there was no lack of valid titles (some like Kirby became so only months after the launch), expansions and support for those already released in 2017 and inevitable disappointments. Then we can do all the historical revisionism possible to forget what came out on other platforms in the first two years of life eh, but to spit on Sakurai's painstaking work is not to love the video game. And here's why Super Smash Bros Ultimate while not my Goty, it is the only video game I wanted to include in this ranking. An encyclopedia of the video game, a total cross-over that brings to the hybrid nintendo what is undoubtedly the largest chapter of the series.

But 2018 was also a sad year for comic book readers, and Marvel fans. This summer it passed away Steve Ditko, while a month ago we had to say goodbye for the last time too Stan Lee.
Two cartoon authorities, the two fathers of Spider-Man, who is orphaned of both in one of his best years ever. It is useless to waste more time talking about Lee and Ditko, but it seemed right to give him a position in this ranking. 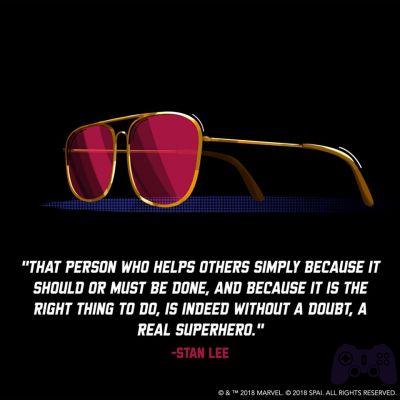 Spider-Man: A New Universe - The year of the spider ends in style

The closing of the Slott cycle, the opening of Spencer's one, the release of the Insomniac video game, the presence of Peter in Infinity War and finally A New Universe, the best animated film of the year.
It was certainly a special 2018 for Spider-Man, difficult to replicate despite the hero is always in the spotlight (for one reason or another). The correct conclusion of this ranking therefore could only be with the adventure of Miles, a leap of faith towards Sony Animation, with which we throw ourselves into 2019 hoping for a year equally full of joys (at least from the geek point of view).

Do you want to be a video game expert and know all the tricks, guides and reviews for your video games ? Holygamerz.com is a group of video game fanatics who want to inform you about the best tricks, guides and tips. We offer you the best information to be a reference in gaming, so here you can find guides, tricks, secrets and tips so you can enjoy your games to the fullest. Are you ready to get all the achievements of that game that you resist so much? Enter now and enjoy your favorite video game to the fullest!
Various games of the very lucky developing series ❯