After the break due to April Fool's Day, our traditional one Shopping guide come back in time to include a couple of stocks we will hear about again in the course of the year in the tips for spending badly the March salary, with all due respect to the wallet (and the players, who have yet to work off the busiest March ever) . What awaits us in April?

It took a long time to wait, but it looks like it was really worth it: 5 person finally lands in the West, and does so on the wave of an enthusiasm on the part of critics that hardly finds precedents in the recent history of the jRPG. We have already talked about it extensively at the release of the Japanese version of the title, in an ad-hoc preview that (awaiting our review, on which we have been working for a few days) we propose again as an in-depth analysis below. Masterful characters, raw narration and decidedly more adult themes (almost as if it were a chapter of Shin Megami Tensei, the main series from which Persona derives) and a strongly renewed gameplay and full of character translate into the minds of the players in many, many expectations. , which seem to have been able to materialize almost in full. The release is set for 4 April, while for our review… We must first be able to detach whoever is dealing with it from the pad and force him to write. 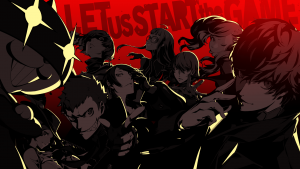 Confirmed a while ago as the first title officially part of the PlayStation Plus Instant Game Collection for April, the 4th April it will also be the turn of David Jaffe (who you may remember for having created God of War, among other things) and his Drawn to Death, third-person shooter that thanks to its peculiar visual style, completely made up of scribbles on paper, certainly manages to leave a certain curiosity from the first impression. But pad in hand? It will be necessary to understand if it is all appearance as the detractors of the ad title wanted or if there is also substance. We will not fail to tell you ours, because although the title can be downloaded for free by subscribers, the videogame medium also weighs (if not above all) on the clock, and we take the time we waste in front of the TV playing very seriously.

About a year after the first chapter, Yo-kai Watch and Level-5 return to Nintendo 3DS trying to repeat, if not overcome, the success of the previous episode and inaugurate another strand of success parallel to the Inazuma Eleven series. And the prerequisites are all there, given that in Japan the series is going really strong (the second chapter has already broken through the wall of 6 million copies sold) and also in North America, thanks to the animated series with related merchandising, the response from the point of view of the image was important. The thing that interests us most directly, however, is whether Yo-kai Watch 2 is a title to add to your 3DS library or not. The release is set for April 7, and we are currently working on our review.

There has been a lot of talk about it, following a Kickstarter campaign capable of grinding interest (and liquids) around the one who immediately presented himself as the spiritual heir of Banjo Kazooie. And most likely it will continue to be talked about at least until the exit, set for the11th April (also in this case we are working on the review. All for you eh, not because we like to waste time on video games), to establish if in 2017 there is still room for a certain type of platform and more generally a certain style of doing video games.

And speaking of the old man who returns, one cannot fail to mention another small pearl that after more than twenty years returns to appear on the market. Full Throttle, which at the time cost the late Lucas-Art the beauty of a million and a half dollars (due to the involvement of first-rate actors to lend their vocal cords, such as Mark "Skywalker" Hamill and a real hard band rock to take care of the soundtrack), it was a product quite different from the other adventures part of the portfolio of the house. Easier in mechanics (and, in hindsight, even more "playful", given the presence of segments of distinctly arcade games), but at the same time more "pushed" in telling its story, set in a raw and plausible context that it has very little in common with the light-hearted (and at times surreal) adventures of that fearsome pirate better known as Guybrush Threepwood. In short, the 18th April Double Fine will also refurbish Ben Throttle, and the hope is that the end result will live up to what it did with Grim Fandango and Day of the Tentacle. 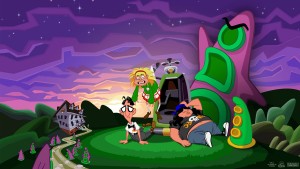 To learn more:
Day of the Tentacle Remastered 1 2
Do you want to be a video game expert and know all the tricks, guides and reviews for your video games ? Holygamerz.com is a group of video game fanatics who want to inform you about the best tricks, guides and tips. We offer you the best information to be a reference in gaming, so here you can find guides, tricks, secrets and tips so you can enjoy your games to the fullest. Are you ready to get all the achievements of that game that you resist so much? Enter now and enjoy your favorite video game to the fullest!
News The first episode of Life is Strange 2 is available now ❯

Special Addiction and madness: the video games that led to death

Special Ludic Tales - The Shadow of the Warrior

Special The Good, the Bad and the Dead - Spaghetti western "scotti"