Special Shadow of the Tomb Raider, interview with Jason Dozois and Heath Smith 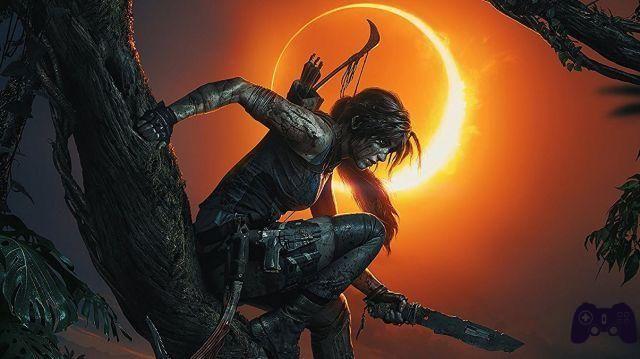 In addition to playing the first five hours of the full game, we also got to chat with two members of Crystal Dynamics. Jason Dozois, the narrative director and Heath Smith, lead game designer, have explored with us the psyche of Lara and the news of this third chapter. 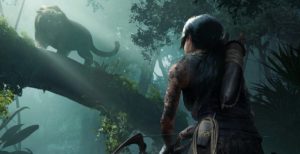 To learn more:
Shadow of the Tomb Raider- Become what you were born for

Can you tell us about Lara's evolution, both from a narrative and gameplay point of view, starting from the 2013 chapter and arriving at Shadow of the Tomb Raider?

From a narrative point of view, Lara went from being reactive and stubborn in the first chapter, to having more knowledge of her actions. The character must learn to moderate, she was so stubborn that she often got into trouble. Before she would have been looking for artifacts for herself, now she is more moderate, she is looking for them for the pleasure of discovery, she is trying to do what is right. The third chapter puts the spotlight on this aspect: learning the weight of one's actions and becoming a true archaeologist. 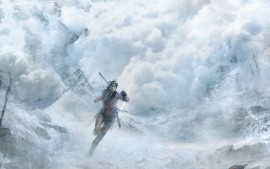 To learn more:
Rise of the Tomb Raider

On the gameplay side, we are in the third game, and we tried to demonstrate the change in the real Tomb Raider. We looked at the classic chapters and looked for those skills that our Lara did not yet know. In the trilogy so far he has always learned only when he had to. In Shadow, however, the approach will be different. She is prepared to pursue the Trinity in Mexico. She knows she will have to swim for a long time, so you will notice that we have strengthened her arms; she is ready to parkour, to arrimpare, and everything is reflected on the body. We wanted to show just this evolution, and the jungle in which Shadow is set has helped us a lot.

What skills could Lara learn in the jungle? It can be more stealth, in Rise and in 2013 once discovered there was no way to hide again. The jungle, on the other hand, allows us to regain invisibility, including facial paintings, clothes and vegetation. He also learned to prepare medicines to improve his stats, so that he doesn't have to cure himself only when dying. She is less impulsive, she studies her surroundings before diving into it. In addition, he will face a mystery in a populated place for the first time, something he has not done in previous chapters, and he will have to face the weight of his actions on the population. And it will be fun, since wherever it goes it destroys something. He will not only have to worry about the environment but also about people, a social puzzle if we want, not only physics, but also relationships.

In last week's trailer (which you can find below ndGuido) we have seen how Shadow of the Tomb Raider will be more vertical in exploration, taking Lara into the dark and underground, can you tell us more?

So, we have already said how much the gameplay is linked to the narrative, in this case, Lara does not have to sink into darkness (for revenge) and at the same time the exploration of this third chapter goes perfectly with a physical descent. Abseiling, diving underwater, the challenge is always to encourage the player to go into the dark. And it was a challenge for us too, because more darkness means fewer visual clues to avoid deadly traps, so we had to use the little light painstakingly.

And our game grows with us, exploration has improved chapter by chapter, now we also have underwater mazes. There will therefore not be a single road to reach a point, but many small bifurcations that will lead to collectibles and extras of sorts.

Is working with Lara Croft easy, or do you feel the weight of the legacy?

Both things. We are in the third chapter, so we have already cultivated our Lara, with mechanical actions and our engine. So that part is easy. It is difficult to choose where the story will go, what the topics will be, what is new. Because if you do everything new, players won't recognize the franchise. If you stick to the old, they'll tell you it's always the same. So the hard part is balancing it all. Put in enough novelty not to confuse the player who will launch the title, but keep it glued to the controller to see how the situation will evolve.

Because if you do everything new, players won't recognize the franchise. If you stick to the old, they'll tell you it's always the same. So the hard part is balancing it all.

From a gameplay point of view, the challenge lies in inserting the new mechanics with the assumption that they have always been there, but that Lara has never had to face that situation. For example, in Siberia the sea is frozen, so Lara couldn't swim for long, or she would have frozen to death. To connect with the speech above, we wanted to give our insight into Lara's abilities.


Continuing to talk about the iconicity of Lara, since 1996 she has always been seen as one of the sexiest heroines in video games, how did you approach this aspect?

What we wanted to do with the 2013 reboot was to reimagine the character. It has always been an Indiana Jones-like, between tombs and artifacts, but Lara had to evolve. The Lara of the reboot is more intellectual, active and stubborn, it will not become the Tomb Raider of 1996, but a re-imagination of the same. That's why he uses different weapons, that's why we have the bow.

So no more double guns? Not even in the future?

In Shadow of the Tomb Raider no (laughs) now we're focused on that. For the future never say never, now let's think about closing the origins trilogy. 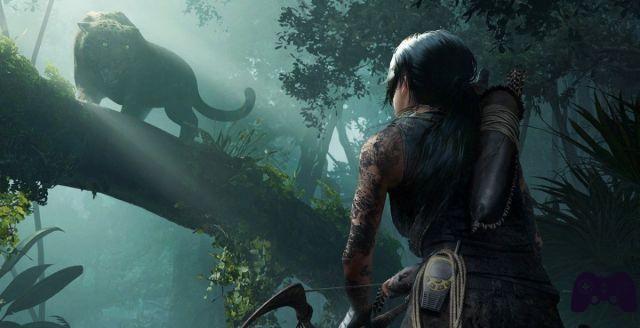 Let's talk about Paititi, what research did you do to recreate it, and why exactly that place?

First we had to mix fact and fiction. It is a city that truly existed, that no one has ever found, but people were crazy enough to go looking for it. We wanted to give the feeling that it was real, so that you could search Wikipedia and find it. Then we consulted a historian, and a few Mexicans and Peruvians.
Why did we choose the Maya? Because they could read the stars, and the whole game is based on a wrong reading of them. We wondered what and how the Maya themselves would have done to carry the artifact, "Is it possible?" the answer was yes, and from there Paititi was born.

Furthermore, our Tomb Raiders always have different historical layers, in 2013 there was feudal Japan, in Rise the Mongols and so on. Also we have put the possibility to expand the ability to read Lara's languages, finding new objects will learn to decipher the monoliths more easily. And once read, she will find puzzles that will lead her to other treasures, and it's up to the player to solve them. 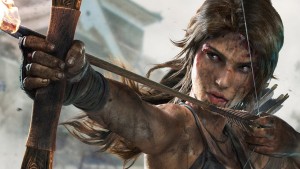 In the Rise of the Tomb Raider finale, Lara uncovered the truth about her father's death, a cliffhanger for this third and final installment. In Shadow of the Tomb Raider can we expect something on the same level, or will everything be calmer and officially close Lara's origin trilogy? Obviously without spoilers.

(Laughs) It's a very sensitive question to answer without spoilers. The spoiler Free version is that this third Lara trip will be much more emotional than the previous two. We have drama not only from survival, but also interpersonal with supporting actors and enemies. Emotion on several levels that will obviously lead to the ending of the origins. If I told you more I would ruin the surprises we have prepared for you.

Why did you choose a linear story and not perhaps crossroads?

Dozois: My last game was Deux Ex Mankind Divided, where the player's choices were crucial. The answer is emotion. Let's take the dagger scene, if we were in Deux Ex, there would be a question ”Do you take the Dagger? Yes or No ”by selecting No, no surprise, and with the affirmative answer you already know that something will happen. Lara instead does her own thing, the player is forced to follow that path. To generate surprise you must necessarily eliminate the choices. 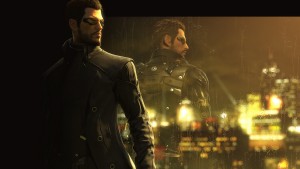 This is the year of Lara Croft, in March the film was released in theaters, did it influence anything in this third chapter?

Zero, indeed the film is strongly inspired by the 2013 chapter. The settings, most of the story, are similar to our reboot. When they told us "They are making a new Tomb Raider movie" we replied "Good!" and we're back to work (laughs). Also because they are two different types of language, in the film you can't waste time exploring, you have to make one thing happen after another. In the game you have as much time as you want to devote to your surroundings, without underestimating the basic storyline. 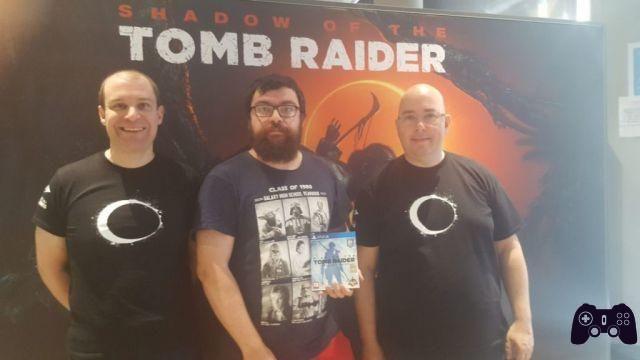 Thanks for your time, and for the answers.

Shadow of the Tomb Raider - PlayStation 4
On amazon: 18,69 € buy
Do you want to be a video game expert and know all the tricks, guides and reviews for your video games ? Holygamerz.com is a group of video game fanatics who want to inform you about the best tricks, guides and tips. We offer you the best information to be a reference in gaming, so here you can find guides, tricks, secrets and tips so you can enjoy your games to the fullest. Are you ready to get all the achievements of that game that you resist so much? Enter now and enjoy your favorite video game to the fullest!
News New trailers for Skull and Bones ❯

Special How to access the Nintendo Switch hidden browser

Add a comment from Special Shadow of the Tomb Raider, interview with Jason Dozois and Heath Smith