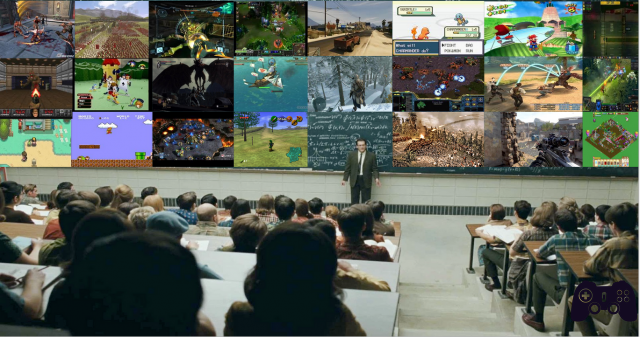 The basics of History they can be varied and not infrequently they come to mix up to compose what will result in our sight in the act of looking back, in an attempt to understand a more or less large slice of the past and of the events that preceded us. We are in Great Britain, in the year 1779. A worker, who went down in history under the name of Ned Ludd and which later became a real myth, destroyed a mechanical loom starting the protest workers movement that took its name from him: the Luddism. The industrial revolution was in its infancy and the working mass perceived the progressive introduction of various machinery inside the factories as a considerable threat to the size of wages and the workplace itself. Today as then, the phenomenon of Luddism can be interpreted as an act symbolizing the tendency to reject the growing enslavement to technology and its manifestations, which are increasingly accused of depriving human beings of employment and merit in a given action. However, as in every field of human knowledge, care must be taken not to run into hasty conclusions, generated by obscurantistic prejudices guilty of polluting and confusing the set of strengths and weaknesses linked to an aspect of existence. 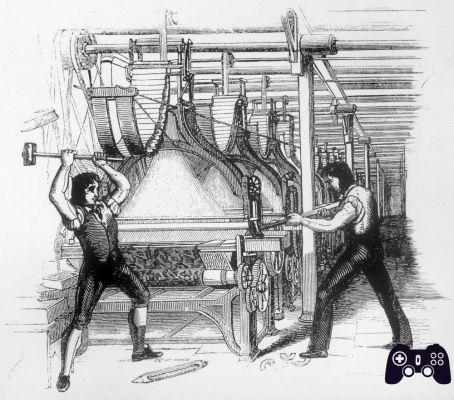 Reconstruction of two workers intent on destroying a machine.

By examining the video game we can see how, since its advent at the turn of the seventies of the last century, it has taken hold within the life of human beings like radio, television and telephone, physical expressions of technological progress. at the level of communication (and not only). The same that is at the basis of the debates related to education and teaching together with the respective methods of application, such as the frontal lesson; the slavish repetition of notions that rarely remain firm in the memory of today's students, born and raised in an era permeated by the phenomenon that Roberto Casati defines "Digital colonialism": the transposition on the screen of images, news, books and progressively everything that has and can have a real place in space.

Digital Colonialism: for some a real destruction, for others a horizon full of perspectives.

One of the main advantages of the videogame medium is education, learning through an imitation of reality that goes beyond simple words heard or read (movies and books ed), a simulation capable of canceling all the consequences that could incur in the event. of errors in the real world. A safe space, where being able to refine one's skills can also be the prerogative of people with weaker temperaments, who, faced with the “unrepeatable” reality, could involuntarily inhibit their real potential, suppressed by shyness or other character frailties. The video game could play a supporting role in the education of an individual, without necessarily undermining the current school education method. An enrichment of the training offer, able to maximize the results to the advantage of a distinctly more lively and marked interest in a world, the videogame one, which over time is conquering one "sense" after another. From the only visual interaction (with the screen) and tactile (the pad or the various peripherals) to the introduction of devices, such as theOculus Rift and the Playstation VR, capable of increasing immersion within these new virtual borders. How to forget Nintendo Wii, console marketed in 2006 and equipped with an innovative controller capable of reacting to vector forces and orientation with respect to three-dimensional space: a virtual simulation of the real movement of our arm comes to life, whether it is to hit a tennis ball or vibrate a slash with a sword. Over the years, numerous scientists, psychologists, linguists and other experts of various kinds have repeatedly examined and confirmed the now undisputed potential, paideutical and otherwise, of the video game: a powerful tool that if used critically and actively puts the user in the condition to learn from lived experience, to develop faster and more effective problem solving skills, to understand social mechanisms linked to a specific context of practices, but above all to meet affinity groups.

Contrary to what some claim, the video game is anything but socially isolating.

In fact, there are numerous games that project into real communities, with their ideals and their rules, where frequent attendance often makes it possible to learn how to manage a complex set of interrelated variables no less forging than a military dormitory. Role-playing video games can be just as formative RPG, where a total immersion in a fictional world is foreseen through, in numerous titles belonging to this category, the creation of an avatar, a digital alter-ego to which we can attach our features at will, and of which we will guide the growth and evolution in the course of his (and therefore our) adventures. This can be compared to living an adventure novel: by investing emotionally in our avatar, we will find ourselves projecting ourselves into his choices, facing uncertainties and dilemmas from time to time within the framework of a real ethical laboratory. Whether it's the series of The Elder Scrolls, where the boundaries are outlined by a fantasy world with medieval traits, or by Fallout and its typically post-apocalyptic scenarios, the user will find himself getting involved by assuming at his discretion the physical and behavioral garments of an individual who consequently may not represent him faithfully, allowing him to experience his own social dynamics in the first person of a world coming then to collide, without real risks whatsoever, with the consequences of a specific action. One of the intrinsic possibilities of the video game is precisely that relating to the act of experience, through the formulation of a way of thinking with purely scientific features: internal construction of a model of rules, analysis of possible interactions and solution strategies. Dynamics continuously called into question during the comparison with strategic video games, whose samples are so immense that they can sample any gnoseological ambitions, such as the titles of the series Age Of Empires, which also offer the opportunity to learn historical knowledge by experiencing it "firsthand", in ways that are decidedly more engaging and interactive than those offered by a book or a documentary, which call for passive attention. In fact, videogame is synonymous with interaction, a connotation that puts this tool in total contrast to another object, such as television, which vice versa is notoriously "violent" towards the user, who is forced to suffer his flow of information having the only choice to interrupt it abruptly . This is a typically Pasolinian affirmation, which nevertheless emphasizes even more the potential of the multifaceted tool such as the videogame, whose applications are far from being abrogated in terms of learning: as is well known, a variety of different individuals require a vast assortment of approaches, to be strenuously imposed in a world that in the didactic sphere, and not only, is making conformity its ideal.


Do you want to be a video game expert and know all the tricks, guides and reviews for your video games ? Holygamerz.com is a group of video game fanatics who want to inform you about the best tricks, guides and tips. We offer you the best information to be a reference in gaming, so here you can find guides, tricks, secrets and tips so you can enjoy your games to the fullest. Are you ready to get all the achievements of that game that you resist so much? Enter now and enjoy your favorite video game to the fullest!
Utomik special: the Netflix of video games ❯

Special Violence and video games: GTA V, Watchdogs and the exorcism of choice

Special VR Zone Shinjuku: the future of arcades is already among us