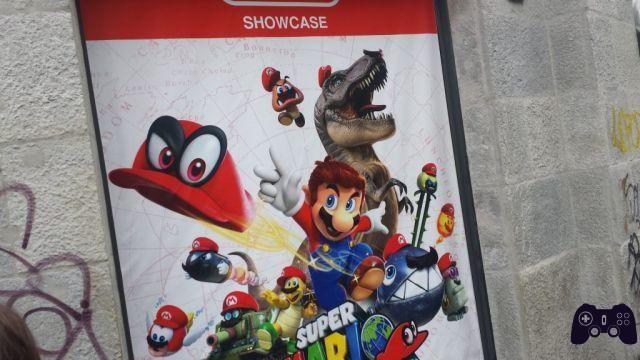 As usual, also this year we went to Milan as Nintendo guests to taste a preview of the titles shown at E3 2017, and try the upcoming releases for Nintendo Switch and Nintendo 3DS. Great star of the event obviously Super Mario Odyssey, brigade leader of the autumn line up of the new Nintendo console, supported by a crazy Mario + Rabbids: Kingdom Battle. But, as you will read shortly, Nintendo will not live on Mario alone. 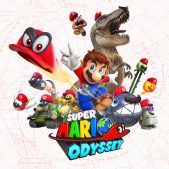 Before letting us access the positions of the titles present, we were shown three games that unfortunately were not available in the Showcase, so we decided to report what we saw as last year with Paper Mario Color Splash.

Announced quietly during the Treehouse, the return of Metroid in 2D sauce comes with a remake of Metroid II by Mercury Steam (Authors of Castlevania: Lords of Shadow) where we will finally return to impersonate the intergalactic bounty hunter, after the short parenthesis in Federation Force. From what we saw during the presentation, Mercury Steam has tried to keep the same feel of the Metroid 2D, with a slew of secrets and upgrades for Samus. These enhancements include a radar for the map, which will signal the presence of secrets in nearby rooms, and a scripted counter, which, if executed at the right time, will allow the huntress to automatically attack the opponent.

Hearing the main music of Metroid again years after the last main chapter is creepy, and Mercury Steam has confirmed that it has integrated the lore of the following chapters (which obviously did not exist at the time of the Game Boy) making it coherent also the expansion of the planet. Hopefully, the gameplay additions won't go a long way when the title hits our 3DS in September.

Xenoblade Chronicles 2 made its debut at the Nintendo Switch unveiling event and is one of the most anticipated titles by RPG fans. Unfortunately, during the event in Milan we could not get our hands on the new effort of Monolith Software but during the presentation offered to us, new details on the combat system and on the particularities of the title were revealed, thanks to the new console of the Kyoto house. It will differ slightly from what we saw with Xenoblade Chronicles X, returning more on the tracks of the first chapter originally released on Wii and, later, on 3DS. The basic attacks remain automatic but the player will be able to choose, using the front keys of the right joy-con, the special abilities that can be used to exploit the weaknesses of the enemies; this frees the screen of one's television - or of one's console if it is used in tablet mode - from the flashy and bulky indicators of the various abilities, making the entire interface clean and beautiful to see.

Xenoblade Chronicles 2 focuses a lot on the relationship between the Drivers, of which our protagonist is a part, and his own Blades. The first are those who can awaken the power of their swords - precisely called Blade - using special crystals. During the presentation we were shown how this affects the gameplay, in fact thanks to the simplification of the skills on the screen we have at our disposal a smaller number of limbs able to break through all types of defenses. Here the Blades come into play, during the fights we will have the opportunity to change our "weapon" thanks to the left joy-con and take advantage of a whole set of skills totally different from each other. This opens up different combinations of arts, executable together with our party members, chaining the elements and creating special attacks with devastating effects. This and much more awaits us in Xenoblade Chronicles 2, arriving later this year only on Nintendo Switch.

Xenoblade Chronicles 2 is scheduled for the end of the year. 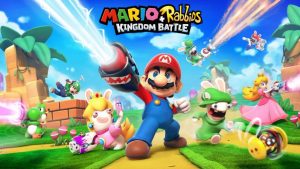 What really surprised us was the presence (albeit not playable) of Yoshi, who not only does not have a title yet, but is scheduled for next year. Having abandoned the woolly worlds of Woolly World, Mario's friend will return to Nintendo Switch in a new chapter that seems to offer very interesting mechanics and where the common thread are the dioramas.
We saw a world probably created by children (from the point of view of the game), between boxes, containers, batteries and exposed wires that made us think of a very classic school project. As per the tradition of the series, each level is full of hidden collectibles, towards which Yoshi can throw his fearsome eggs.


For the first time we will be able to hit objects and enemies also using the z axis, no longer limiting ourselves to the two classic dimensions of the series. The other big news is being able to face the level from behind, in a sort of upside-down world that will reveal other secrets and how the diorama itself works. It won't always be necessary to go through the same level twice, but the reversed version may help you find the missing secrets. We just have to wait for more news on this chapter of Yoshi and hope for an excellent job like Woolly World.

Yoshi is scheduled for 2018

We were also able to admire the new Amiibo of the Mario series, those of the Zelda series and the two of Metroid. 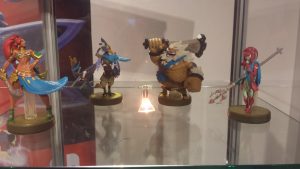 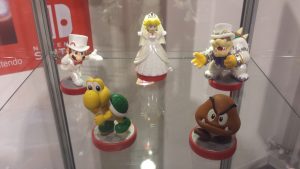 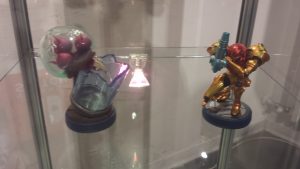 1 2
Do you want to be a video game expert and know all the tricks, guides and reviews for your video games ? Holygamerz.com is a group of video game fanatics who want to inform you about the best tricks, guides and tips. We offer you the best information to be a reference in gaming, so here you can find guides, tricks, secrets and tips so you can enjoy your games to the fullest. Are you ready to get all the achievements of that game that you resist so much? Enter now and enjoy your favorite video game to the fullest!
News Monster Hunter World exceeds 10 million copies shipped ❯

Special Guide: How to program games in 1 year