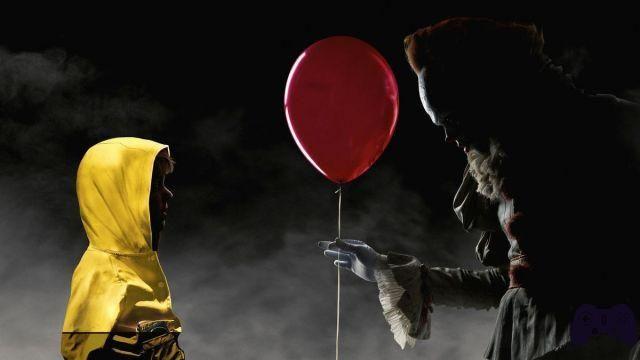 Embers in winter. Your hair. Where my heart burns.

Su It, as on any film adaptation based on a work by Stephen King, weighs a gigantic weight, that of having to tell through images fears, emotions and themes that gush on the printed paper until they become a river of ink that swallows the reader, to drag him to the same level as the protagonists, born from one of the literary minds most influential, exalted and charismatic in the history of literature. Some are crushed by this weight, such as the recent "The Black Tower“, While others become cult, despite the time limitations, cuts and differences with the original works, such as the 1990 TV miniseries of It and this film version. Because now we can shake off all fear and give to Andrés Muschietti (to the second direction after "La Madre") the merits of having brought to the big screen one of the best Kinghian adaptations, with uncommon personality and savoir-fair, without falling into commercial but winking at the fans of another cult phenomenon , that Stanger Things of Netflix which is preparing to return with the second season later this month. Don't be afraid and follow that red balloon you see in front of you until the end of our special. What could possibly be wrong?

Welcome to Derry, Maine, a quiet town that has the distinction of having a disappearance rate six times higher than the national average, even higher for children. Not the best place to live a carefree childhood, clouded by a nameless, silent threat, that our little heroes will learn to know and fear, emerging from the depths of their fears as they float on the surface of the water like Georgie's little boat, little brother of Bill Denbrough (Jaeden Lieberher), a carefree prelude wet from the rain that will start a new wave of disappearances and murders, like every 27 years, in 1988. A business card that combines grace and ruthlessness, in which emotions come together to perfectly reinterpret a scene by now cult. Brotherly love, joy, trust and terror slip down a manhole to never return. Only the following year, in the summer of 1989, the Losers Club, made up of seven kids from the most varied backgrounds united by an incredible destiny, will open their eyes to experience nightmares so real as to be mortal, the embodiment of the most intimate fears and the most traumatizing events they have experienced, those that a child carries with him forever . Phobias that Muschietti shows us with a succession of directorial virtuosity so well cared for as to seem like small short films in their own right, cross and delight of that part of the projection, where the script is forced to play force in a film corridor with the aim of showing everything immediately and then continuing to tell itself, raising the tension above the guard levels and keeping it live with a practically perfect rhythm.

Between fidelity to the original work and poetic licenses, this new incarnation of It frightens, excites and fascinates like a nightmare with open eyes.

A constant feeling of threat and fear never an end in itself but part of a larger artistic painting, things that only good horror can convey. 135 ′ of friendship, curtains from tears in the eyes (and the whole room can confirm these words) and adventure, to then return in terror, turbid and creeping, between violence just mentioned and for this even more unbearable (the story of Bev Marsh and her father can be more ruthless than any nightmare) and decidedly more paranormal episodes in which Pennywise (Bill Skarsgård) is the absolute protagonist, grotesque, transformative and always ready to dispense disturbing smiles and then feed on the fears (and the meat) of others. An angel's face under a finger of white greasepaint, childish and constantly out of place, alien but terribly charismatic, as contradictory as associating a balloon with the devil. Member of the cast and scenographic element around which the camera rotates.

The clichés of horror cinema (such as an overabundance of abominable close-ups and strident music of tension), while present, fail to affect a sublime editing which enhances the director's stylistic choices; Bev's nightmare, annihilated in her blood-painted bathroom turns into the restless sleep of Bill, in his bed, asleep while he drew the portrait of the ember-haired girl; raindrops fall from the ceiling, watering down the red line of the hair, making it look stained with blood. Particular signs on the work's identity card, typical of a production that not only wants to scare the general public but also to delight the most demanding palates. 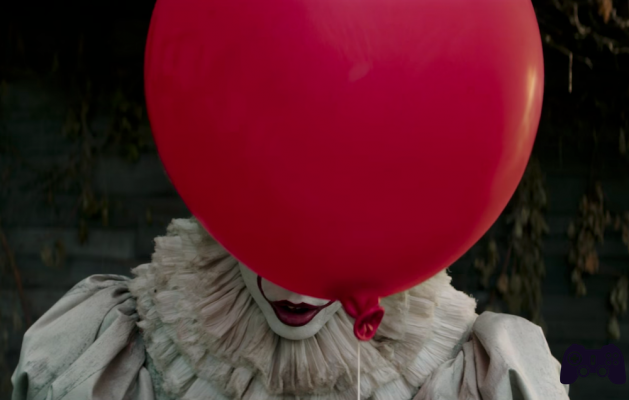 The "cast of losers" wins the Holygamerz Critics' Award hands down, with an exceptional choral interpretation beyond all measure

The breathalyser of talent bursts thanks to the breath and skill of the very young cast, one of the best choral interpretations since Harry Potter and primary reason to go to the cinema, as well as sweet concern for Chapter Two (2019), in which adults will have to try not to disfigure in front of these enfant terrible. An alchemy that only seven true friends can have; games of looks, gestures and words that are part of an unwritten script, a script that nature itself has endowed these guys with, capable of transmitting emotions as if the camera did not exist, having fun like crazy doing what they are for born. Bill's pain between determination and guilt, the tragedy of Beverly Marsh (Sophia Lillis) disguised with overwhelming charisma and a mature woman's attitude, the foul-mouthed and irresistible humor of Richie Toziers (Finn Wolfhard aka Mike Wheeler of Stranger Things), hypochondria of Eddie Kaspbark (Jack Dylan Grazer), the poetic vein of Ben Hanscom (Jeremy Ray) to finish with the two boys perhaps less characterized but fundamental protagonists of some of the most metaphorical and meaningful scenes, Stan (Wyatt Oleff) is Mike (Chosen Jacobs). The fragrance of Stranger Things hovers in the air, but it would be a mistake to label it as a film that lives on the emotional wave of the Netflix series, because we must not forget that the same work of the Duffer Brothers refers in part to the atmospheres of the literature of Stephen King and between bicycle raids and moments where "unity is strength", the circle of tributes closes and the public wins, rejoices and enjoys the show. The aforementioned Bill Skarsgård in his transformation from angel to demon (already seen this year in Atomic Blonde, with a great performance) and the trio of ruthless bullies (not to mention licensed thugs) get on the other side of the fence to give the hunt for our favorite club, resulting in hateful and splendidly credible in their abject intentions. 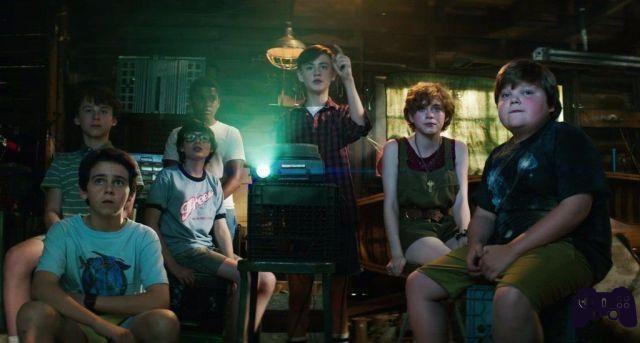 The fight is not over

In 27 cinematic years, 2 real, the showdown with the entity will manifest itself in theaters all over the world and if we have already mentioned the fears for the cast (which apart from Skarsgård is still shrouded in mystery), there are many small things that would be nice to find. An in-depth study of the mythology of the entire work, an explanation of the origins of It and its morbid relationship with the charming town of Derry, elements that would not represent the solution of the mystery, but a way to be dragged even deeper into it. With an atmosphere of this caliber it is difficult to be pessimistic anyway, as the first step towards justice to be done to one of the greatest modern classics of literature has been taken. Author horror is back and wants to see you floating in all cinemas.

Do you want to be a video game expert and know all the tricks, guides and reviews for your video games ? Holygamerz.com is a group of video game fanatics who want to inform you about the best tricks, guides and tips. We offer you the best information to be a reference in gaming, so here you can find guides, tricks, secrets and tips so you can enjoy your games to the fullest. Are you ready to get all the achievements of that game that you resist so much? Enter now and enjoy your favorite video game to the fullest!
The Division 2 review: our review ❯

Special Reform or psycho-reform of articles 11 and 13