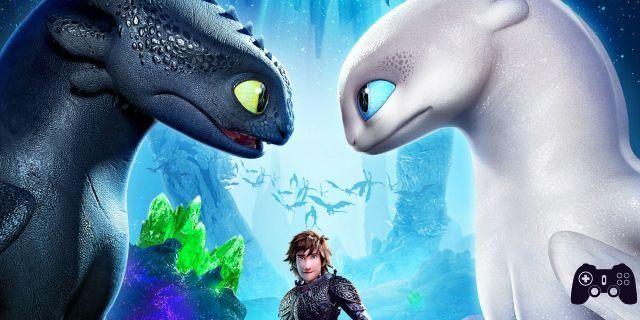 DreamWorks concludes its trilogy of dragons and Vikings, with a chapter capable of eating all their recent production.

Looking at all three at close range I noticed even more the exponential growth of the saga directed by Dean DeBlois, on several floors. The most obvious one, linked to the progress of CGI from 2010 to today, that of pure directing, more and more daring and exciting, but above all the human one, with characters who have been given time to mature, evolve, with all the fears and joys. that derive from them, giving us the possibility to feel them more and more ours. Impossible not to become attached to each of the young and adult Vikings of Berk, transformed over the years from the main front of the war between humans and dragons into a small paradise for the latter, a symbol of peaceful coexistence, integration and love. The second, beautiful chapter ended with the young man Hiccup appointed Head of the village, and the adorable as much as fearful Toothless, Feline-mannered Night Fury, became the community's alpha dragon. But for one tribe converted to live with their winged enemies, another is always determined to total extermination. Hunters led by the ruthless Grimmel, armed hand behind the near extinction of the Dark Furies.

The narrative has almost biblical features, the humans elected to superior race by Grimmel himself, Berkians and fire-breathing forced into exodus in search of a new "promised land", the Hidden World, mother of all dragons and ancient obsession of Stoik, father of Hiccup. The impending battle will be very tight, full of reversals, assaults and withdrawals, but what this third chapter really wants to celebrate is love. The one between the best dragon jockey around and the "great woman" who has always supported him, Astrid (with an increasingly central role), from which the big step towards marriage is now expected, but also the love between Toothless and its negative version, a Light Fury that will literally make him lose his head, giving life to courtship scenes that are now awkwardly comical, now wonderfully suggestive, from goosebumps. Thanks also to the crazy orchestral soundtrack signed by John Powell (who has often collaborated with Hans Zimmer and can be heard, especially in certain scenes where the basses mount threatening to the point of exploding), which accompanies scenes of rare choreographic and scenographic beauty, thanks to animations crazy and a dazzling use of colors, capable of penetrating to the soul. The work done at the directorial level is masterful, with wide fields that overflow with moving details, enhancing the polygonal nature of this fantastic north, then following the action scenes, full of inventiveness, engaging, exhilarating, with an amazing fluidity. The screenplay also does not forget its nature in three acts, also having the courage to overshadow the fundamental characters of the other two chapters (especially Valka, Hiccup's mother) to enhance others, but managing to maintain a perfectly tuned chorus. . Grimmel also works great as a nemesis; merciless, contemptuous of the life of dragons to the point of subjugating some of them by inoculating them with their own venom, transforming them into unconscious death machines, with an absolutely detached, seraphic and biting attitude. 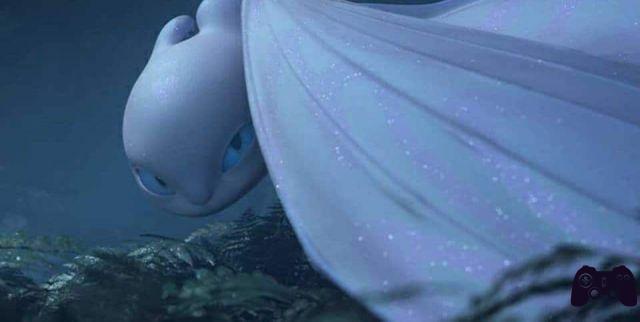 This very marked characterization is above all the result of never banal dialogues and always multifaceted to be understood and interpreted by young and old, intelligent and engaging. It has always been a work that went beyond its message, telling a small cross-section of fantasy society, very human, and this nature reaches its peak in this chapter, where you laugh less and laugh perhaps better (there are 2-3 moments really hilarious and Toothless always has sensational comic timing), getting excited as from the second half of the second act, maintaining a coherence of applause with the whole narrative arc.

Lovely, elegance, deep, as well as real food for the pupils (ok, Spider-Man, but here we are still on very different levels), to be seen absolutely after having recovered the prequels, available on Netflix (the first) and on Prime Video (the second) , to then enjoy on the big screen (from tonight) this great finale, the pinnacle of an adventure that will find a home in the hearts of many.

Do you want to be a video game expert and know all the tricks, guides and reviews for your video games ? Holygamerz.com is a group of video game fanatics who want to inform you about the best tricks, guides and tips. We offer you the best information to be a reference in gaming, so here you can find guides, tricks, secrets and tips so you can enjoy your games to the fullest. Are you ready to get all the achievements of that game that you resist so much? Enter now and enjoy your favorite video game to the fullest!
Mighty Gunvolt Review ❯

Add a comment from Special How to Train Your Dragon: The Hidden World flies high, without fear of getting burned