The “RoadToE3” tag indicates a race against time by all video game fans towards the most anticipated videogame event of the year. 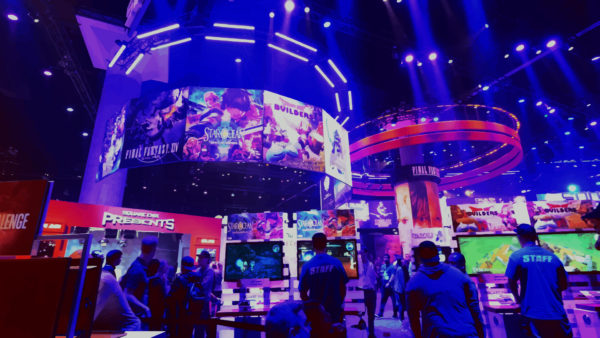 During this week, we have accompanied you, day by day, with posts dedicated to Electronic Entertainment Expo 2019 (E3).

In these posts we have speculated, hypothesized, discussed what, in our opinion or according to the world, the most important companies in the videogame sector will show gamers during the three days at Los Angeles.

As promised, we will offer you comprehensive news coverage during the event, but to warm up a bit before the media / information "battle" that awaits us, let's retrace the steps that, during the week, have been the basis of our ascent towards knowledge; all to the sound of Survivor's Eye of The Tiger.

The first, in chronological order, is the production company that to date has given us all one of the most sung soundtracks by fans in history, as well as some beautiful memes: BETHESDA. 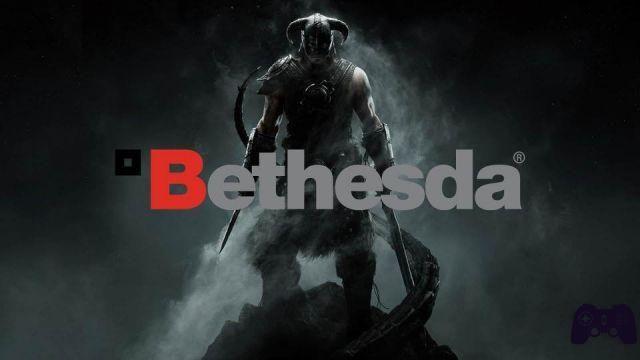 Davide Viarengo tells us about it with a special that you can find at this link.

The second production company that we faced, is the one who created those beautiful giant chickens by Chocobo: Square Enix. 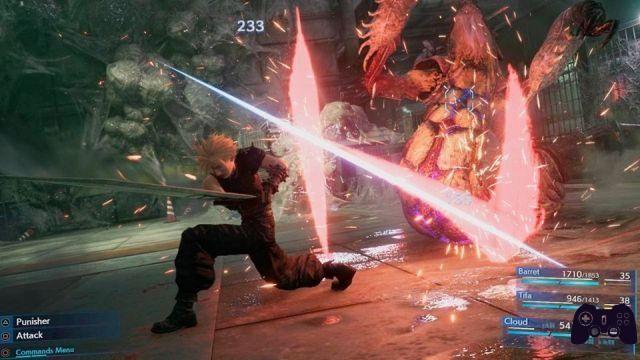 "Square Enix has confirmed that it will perform at E3 on Tuesday 11 June at 3:00, this year the appointment will be extremely awaited especially by all fans of the Final Fantasy saga, during the state of play show it was in fact put to the light one of the most anticipated and discussed titles in recent weeks regarding the Japanese holding in question: Final Fantasy VII Remake.
We will certainly receive new and interesting information about it, a few days ago the title even appeared on the GameStop Ireland site attributed to the Xbox One console and many rumors related to its production have been disclosed, but Final Fantasy VII Remake will not be the only one to get on the stage, confirmed for this E3 also Dying Light 2, Marvel's Avengers and the mysterious Outriders, revealed as a surprise on the day of June 3 with an unexpected teaser.
Dying Light 2: presented during E3 2018, will make an appearance again this year, Techland has confirmed its presence for this E3 and has delegated Square Enix as the company for the publication of the title.
Marvel's Avengers: title under development by Crystal Dynamics, supported by the Eidos Montreal team in collaboration with Marvel Entertainment, during this E3 more details are expected especially with regard to its gameplay.
Outriders: we know very little about the title in question and from the teaser of just 15 seconds it is difficult to draw a conclusion, it is hypothesized that it could be a project by the People Can Fly studio, in 2017 a new partnership was born between the two but no one was released information regarding the title in question, more information will probably be released during the conference.
But we could also expect new information on the Re: Mind dlc of Kingdom Hearts 3, Dragon Quest XI S and who knows ... maybe even Babylon's Fall, an action game shown during E3 2018 of which there is no news, developed by Platinum Games outgoing on PC and PlayStation 4. "

On the third step we find the production house of that masterpiece which is Rayman: Ubisoft 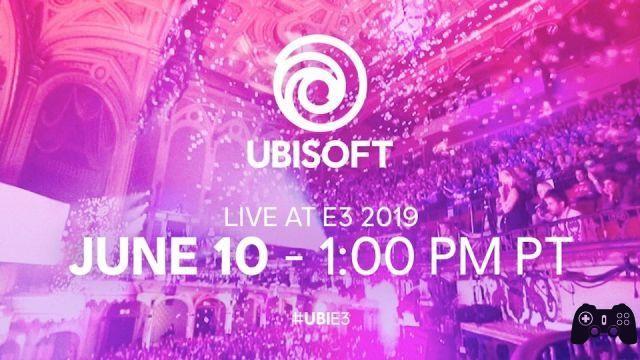 Luca Cicarilli tells us what we should expect like this:

“Ubisoft confirmed its presence on the E3 stage on Monday 10 June 2019.
What do we expect then?
According to the most quoted rumors, one of the titles could be Splinter Cell, since recently Luca Ward (voice actor of the protagonist Sam Fisher) posted a tweet about the game, which sent all the fans into ecstasy.
Another eligible title among the surprises is Watch Dogs 3 which appeared for a few hours on the Amazon Uk list and then was immediately removed.
The third place could be occupied by the next chapter of the most famous assassin saga of Ubisoft, of which we have very little news, one of which is the possible Norse setting.
In addition to the aforementioned titles, we are almost certain of the presence of the next iteration of the Just Dance series which will most likely open the conference of the French software house and we expect more information regarding the collaboration with Nintendo and Google Stadia.
Finally we cannot forget two other successful titles from the Rayman house, Far Cry 6 and the next chapter of Mario + Rabbids 2 by the Ubisoft Milan studio, both are almost certainties, the first given the periodic frequency of the franchise, the second given the huge success found by the study. "

Penultimate step for the production company of body products for "real gamers": Microsoft. 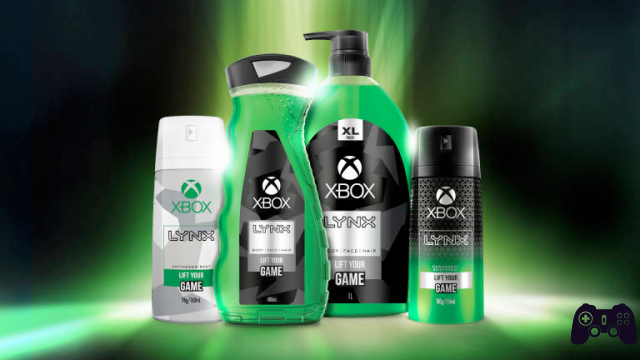 Pietro Iacullo opens the door to discussions as follows:

“With Nintendo having been a separate league for years (but without the money of the Lambs) and Sony pulling the pack, Microsoft has a fair percentage of responsibility on its shoulders for the success of this E3.
There is constant talk of Scarlett, the machine that will have to make war on PlayStation 5. Because at least for the next generation Microsoft will still be there in the traditional sense, with a proprietary platform.
Personally? I doubt that anything will be shown and it goes too far beyond last year's "I see I don't see". Why now presenting a machine that will not be released for the Christmas period is madness (never heard of the Osborne Effect?), Although selling Xbox One is not exactly the primary purpose of the Gaming division of Microsoft (which wants to sell mainly services by now it should be obvious).
A console has not been presented at E3 since the days of Wii U, because a private event where you set the timing, direction and so on (and you REALLY target fans, not an average generalist audience) is more suitable. at the pre-launch of a new console.
Having said that, what do we expect? Beyond the announced projects on which details will have to arrive (Halo above all), it will be interesting to understand what all those studies acquired last year are working on. And if there has been any other acquisition following the new dogma, which is to make Xbox Game Pass a must pay for the entire Redmond fanbase.
Then whether they play on Xbox, PC or risk a future long-shot on competing machines, it is secondary: Xbox is only one of the entry points into the ecosystem, and Microsoft has been structuring its business in this light for years.
Ah, and a lot of shampoos are expected, obviously ... "

Last position for the parent company of pocket monsters and Italian-American plumbers with mustaches: Nintendo. 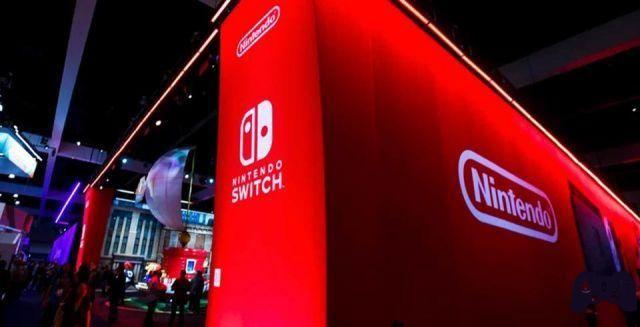 Filippo Veschi tells us the news of the big N as follows:

“June 11, 18pm. This is the moment when the Nintendo Direct will kick off the dances for the E00 3 of the Kyoto house. As always, we expect a presentation on the next titles scheduled for the rest of the year followed by 2019 days of Treehouse Live, the livestreams broadcast by the Nintendo of America staff directly from the stands at the fair.
What to expect from the big N? Since the first E3 presentation of the post-Reggie era? The communication line for the moment seems to be the usual one, an in-depth look at the titles planned for the current year, avoiding, except for rare occasions, wandering on games that are still too far away. No Metroid Prime 4, therefore, given the recent development reset. Rather, we await Luigi's Mansion 3, Fire Emblem: Three Houses, Marvel Ultimate Alliance 3, Daemon Ex Machina, Astral Chain, Pokémon Sword and Shield, the remake of Zelda: Link's Awakening.
The stone guest, however, is certainly the next Animal Crossing, of which we still know very little except that its release is confirmed in this 2019. In all likelihood it will be the protagonist of Nintendo Direct. And then? And then we start with the hopes, hope to finally see something of Bayonetta 3, of Pikmin 4. Hope that Retro Studios, before regaining development of Metroid Prime 4, had worked on something, something that should be ready to be presented. Hopes to see confirmed the various rumors of the last few hours, from the late port of The Witcher 3 to the arrival of Banjo on Smash Bros., to herald the return home of the mascot of the N64 era, thanks to the recent sympathies between Nintendo and Microsoft.
And again indie, many indies. One of the Treehouse days will be entirely dedicated to indies, and a small dedicated space within the Direct is more than plausible.
Honestly there would be a lot of meat in the fire, we could list third party titles that we know exist in some form, like Shin Megami Tensei V or No More Heroes 3, but here we enter the realm of wild speculation. It's just a shame that Nintendo has a recent history of E3 presentations that don't tell the whole story, but that hide many little pearls in the maze of press releases or the endless hours of the Treehouse. Who knows if it is not the first post-Reggie E3 to reverse this hateful trend. "

Do you want to be a video game expert and know all the tricks, guides and reviews for your video games ? Holygamerz.com is a group of video game fanatics who want to inform you about the best tricks, guides and tips. We offer you the best information to be a reference in gaming, so here you can find guides, tricks, secrets and tips so you can enjoy your games to the fullest. Are you ready to get all the achievements of that game that you resist so much? Enter now and enjoy your favorite video game to the fullest!
Dead Rising 4 review ❯

Add a comment from Special E3 RoadTo: the definitive collection before the finish line