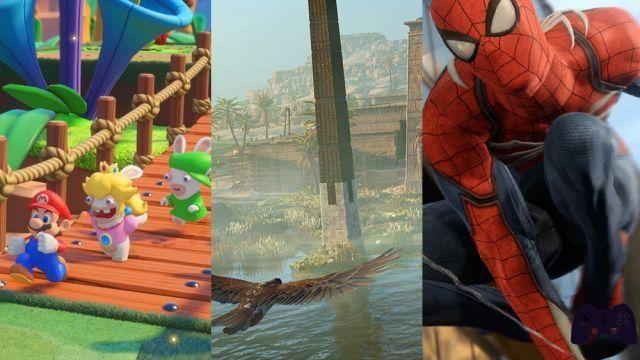 It is the question of questions, at least in our industry at the end of a week of fire like this. Who Won E3 2017?

It would be easy to try your hand at writing one of those editorials that we like so much (and there is no irony in this statement) and talk, with no bowls - and a little less balls - about how it went the Electronic Entertainment Expo this year from a critical point of view, of how it is at the same time one of the editions more concrete and more disappointing of the last decade and how, perhaps, the disappointment that we still chew a few days later depends precisely on that.

It would be easy. But, if you know us, you know that unless we're talking about a Kirby chapter, easy things don't interest us.

It is much more interesting to try to understand who really won this E3 2017: not thinking like (pseudo) journalists, critics or fans, but going to see the consequences of what happened in Los Angeles and go to to interpret that series of graphs and numbers. The key word is precisely that, because even in this case it would be easy to report the numbers and that's it, but we intend to go a little further, in a sort of Col pad in hand with an E3 theme in a midsummer night.

The first thing to do, very trivially, is to go and see what was the most talked about conference on the web, scanning the various social media that have now almost entirely supplanted forums and other "places of worship" of the genre. And the graph we propose below leaves no doubt: Microsoft products is what caused it more noise, looking down on both Nintendo (very detached, but still in second place with its 15% of mentions) and above all Sony, only a point above Ubisoft and Electronic Arts. 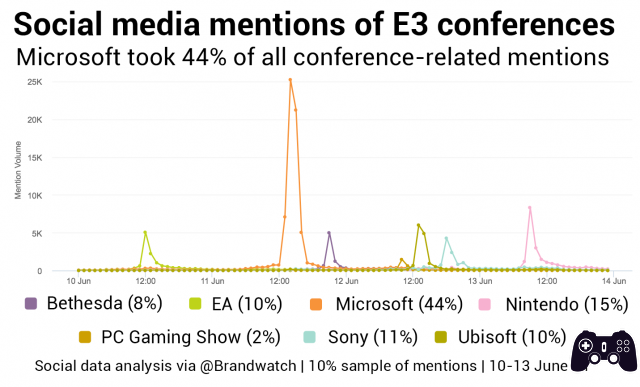 Microsoft stands out above all. But are we sure?

Before the Xbox fans throw themselves into jumbled celebrations and dust off the good old "let's go to Berlin, Beppe Pizzuti" (we know, this joke smells of Old. And we stop here, which is better) we must remember that not all mentions are positive, indeed. It is very likely that the "opponents" of Xbox One X have indeed contributed to this result at Redmond, fueling the controversy and discussions around what will be the most powerful console ever released on the market - to which we will inevitably return in a more editorial next editorial.

In short, the graph is little to say who won. But enough to tell who lost.

And to have lost is undoubtedly Sony. The Japanese house, as we have seen, was approaching the event in an even better form than the one seen 365 days ago - in the year of Uncharted 4, to give an idea - and perhaps also for this reason it offered a somewhat subdued performance. No unreleased, only one great game (Insomniac's Spider Man, which ranks third in the ranking of the most mentioned games) and in short, little of what Sony has usually shown in recent years - or surprise announcements and many news, also in after two years. The consolation that even a DLC from a title from last year like Uncharted: The Lost legacy precedes the evanescent Crackdown 3 (despite Terry Crews) or that there is still the PlayStation Experience available: the performance was disappointing, and the interest of the public for the most part low. In short, saved by the friendly neighborhood Spider-Man and the cameo / reveal of Miles Morales, the late Spider Man of the Ultimate universe.

From the roster of winners goes, in our opinion a little undeservedly, Bethesda also discarded. The conference put on the plate a half hour full of adrenaline and seamless announcements, fully embracing Virtual Reality (which is currently a market niche without a master, where the American software house can really become a big fish in a small pond, but growing) and demonstrating an unparalleled concreteness, given that these are all titles available shortly. The problem? Skyrim is still holding its own, despite having released (or is about to do so) on whatever platform it has crossed the living room in the last six years and despite the excellent Wolfenstein 2 trailer, which still corresponds to the highest peak of mentions obtained by Bethesda. The fifth chapter of The Elder Scrolls is by far though the most talked about thing about the presentation, and from this point of view one can only speak of a false step. Really a pity, which however provides a first clue in support of a thesis that the writer has been supporting for unsuspected times (we talked about it on the occasion of the Sony pre-conference article).

Charts in hand, returning to Bill Gates's house we realize that Microsoft has also registered a half failure. Given that for what the Redmond house is trying to do on the market it was impossible that they were the first parties to hold the spot - we repeat, who is convinced that Xbox needs exclusives did not understand Microsoft's project and ultimately how the industry works, given that in 2015 PlayStation 4 sold better than the competition without anything exceptional in the lineup - the highlight had to be Project Scorpio, aka Xbox One X. 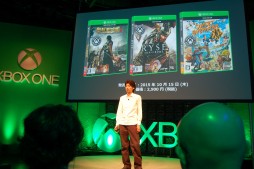 But the public showed against the Microsoft monster the same interest registered for Assassin's Creed Origins (the most talked about title of the entire event, with all due respect to those who gave up the series for dead) and has definitely shown more enthusiasm for the aforementioned Terry Crews, for the interesting The Last Night and even for the Porche previewed right on the stage of the conference - an attempt, we must admit, extremely courageous on the part of both Microsoft and the German company. More than inevitably second, in this case the Phil Spencer's gang is inevitably third.

Similar speech for EA, which although during the conference managed to put A Way Out in the spotlight, we have seen to be tied with Ubisoft and behind Nintendo as mentions. Interest in A Way Out though it collapsed almost immediately after the conference, so much so that in the general ranking of the most mentioned games it is behind Fifa 18 - revealed among other things even before the actual E3 - and other titles certainly not with a sensational impact (as they are already on the market from unsuspected times) such as Breath of the Wild and Rocket League. In practice, only the fourth place of the aforementioned ranking remains occupied by Anthem and little else from the conference of the American giant, especially considering that in a period in which the Star Wars brand should be in full swing, Battlefront II is be less interesting (for the public) of Wolfenstein II, of Dragon Ball Fighter Z (excellent surprise and well received by the spectators, by the way) and also of the ancient Skyrim.

the infamous ranking of the most mentioned games

In short, this year's E3 is a deal between Ubisoft and Nintendo: net of the editorial considerations that we could make at this point - we have, as mentioned, decided to keep them out of reasoning, but we can only recognize how much Ubisoft has given space to the men behind his projects, even before the projects themselves - the two houses really go hand in hand this year, and not just thanks to Mario + Rabbids Kingdom Battle. It is Metroid Prime 4 - of which we have seen practically the equivalent of a jpeg image - to contend with the Pharaoh of this edition of the fair, Assassin's Creed Origins, the first place at the top of the list of the most discussed titles. And off the podium the two houses are often close to each other, with Beyond Good & Evil 2 a hunt the immense Mario Odyssey (on which we will spend a few words frame-by-frame very soon) and Skull & Bones to precede the chapter for the Nintendo Switch of Kirby.

It's hard to say which of the two houses really won at this point. What is certain is that the public has reiterated one thing: they want (indeed, we want) dreams, not solid realities.

It is no coincidence and should not overshadow the fact that a series like Metroid - not the system seller par excellence, indeed a niche product - has managed to position itself so high without showing either the smoke or the proverbial roast. And the same goes for Beyond Good & Evil 2, another title recovered from the threshold of vaporware for which in the end only a trailer was seen. The lesson to be learned is the following: E3 is the videogame equivalent of the electoral campaign, and whoever makes the best promises wins. It doesn't matter if they come out two, three or four years after the announcement.

In our own small way, we can only say that this Franco-Japanese duopoly is also reflected in the opinion that emerged in our We Love Videogames.

Do you want to be a video game expert and know all the tricks, guides and reviews for your video games ? Holygamerz.com is a group of video game fanatics who want to inform you about the best tricks, guides and tips. We offer you the best information to be a reference in gaming, so here you can find guides, tricks, secrets and tips so you can enjoy your games to the fullest. Are you ready to get all the achievements of that game that you resist so much? Enter now and enjoy your favorite video game to the fullest!
Persona 4 Golden Guide - Complete Guide to Eri (Temperance) Social Link ❯

Special Can I study history with video games?

Special What would real life be like if we were in The Sims?

Add a comment from Special E3 2017: Winners and Losers