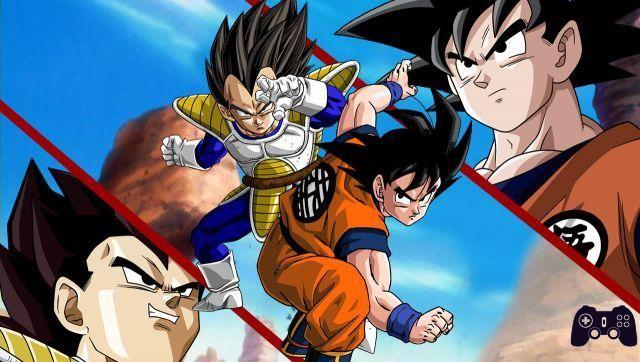 When you ran home after class ended, turned on the TV and found yourself in front of the new installment of Dragon Ball, or in the worst case, another rerun, you were ready to isolate yourself for the next twenty-five minutes.

Continue our journey in the animated counterpart of the Akira Toriyama series, thanks to the monthly box sets published by Koch Media and Yamato Video. After analyzing Goku's childhood and adolescence with the two volumes of the classic series, it's time to grow up and play even more with Dragon Ball Z, between new races, techniques and planetary journeys. 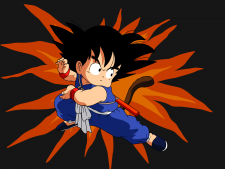 To learn more:
Dragon Ball - The Original Series Vol. 1: Where It All Began

At the moment in which we offer you this analysis, the second volume is already available on Amazon, at the usual € 33,99, which we hope to be able to talk to you about in the near future, while you enjoy once again the revelation of the true nature of Goku , the entry of Vegeta and the humanity of Piccolo.

This first volume dedicated to Dragon Ball Z collects episodes from 1 to 60, in the canonical ten DVDs that fill the box with double cover and the now inevitable encyclopedic booklet.

From the earth to the galaxy

We had left Goku happily married to Chichi, after defeating Junior (Piccolo) in the final of the martial arts tournament. We find him five years later, with a son (!!!) and ready to spend a carefree afternoon with friends at the Kame House. Peace is destined to end due to the arrival of Raditz, an alien warrior who claims to be Goku's brother. In the first two episodes of Dragon Ball Z it is revealed why Goku is so strong, and above all the reason for the tail (and the consequent transformation into Oozaru - the ape) slamming in the spectator's face many new realities, which will be questioned a few episodes later. , when Goku will sacrifice himself to kill Raditz by dying for the first time.

Goku's death is just the beginning of the transformation of the Toriyama series.

Pretext to make him stronger (The Zenkai Power will be explained by Vegeta later in the series), to make known a set of deities superior to the Supreme (King Kaioh), to make Gohan bond with Piccolo, in order to make him become one of the good the Namek (he too will discover that he is alien) and to show the power of the Saiyans while the warriors of the Earth await the return from the afterlife of their friend. In the episodes in which Goku inexplicably tries to return in time but at the same time finds every possible way to put an episode more in it, each Z warrior is humiliated, defeated and in the worst case killed by Nappa and the Saibamen, with only glimmer of light. the iconic scene of Piccolo's sacrifice, a few moments after the arrival of Goku himself, and which remains one of the highest moments of the series years later thanks to the humanity that the monster gains, protecting the son of his enemy, becoming in effect the true father figure of little Gohan. 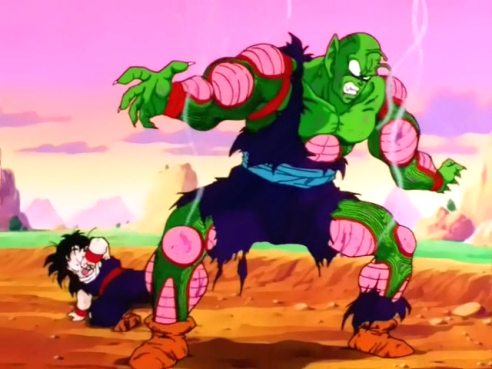 And then Goku arrives, finding all the corpses of his friends, and the real beating finally begins. From the now iconic scene of the fighting level, with Vegeta's scouter that goes into a thousand pieces, to what it is still today, one of the most beautiful clashes not only of the series but of the shonen panorama in general.
Goku versus Vegeta is still perfect, every shot, gaze and animation is still fun and impactful. Each ray, kaioh ken and external intervention still leaves you breathless, until that moment in which Crili does not kill the Prince of the Saiyans allowing him to escape, heal himself and return sooner than before in the next saga (in which he too will begin to pass from the other part of the barricade). The clash with Vegeta is still more than twenty years later probably the best fight of the Z series, on which the count of the episodes does not weigh (unlike the one against Freeza - which we will talk about in the future); six episodes in which Goku spits and makes his opponent spit blood, and in which the viewer can not help but become attached to the enemy, who from then on will become one of the most loved characters of the series. 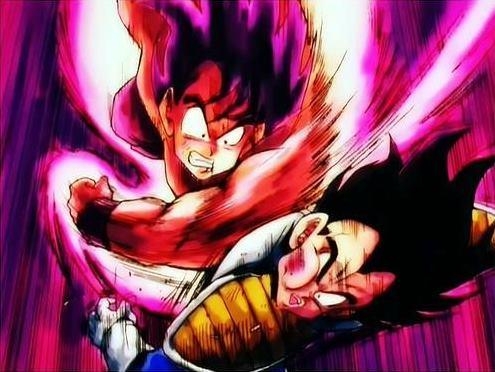 The first volume dedicated to Dragon Ball Z brings our heroes also to Namek, ready to face what will become the most iconic villain of the Freeza series (Frieza) if to talk about the clash with the tyrant (and with the Ginyu Squad) there will be time in the next months, this first volume presents us not only the Nameks their peaceful planet, but also the very concept of transformation to increase one's level of power. In fact, in the classic series, the only one to completely change appearance with a transformation is Goku himself, placing the focus of Dragon Ball Z precisely on the expansion of power, in a galaxy that seemed immense (Sooner or later we will also talk about Dragon Ball Super). The clash between Vegeta and Zarbon is just the beginning of theescalation of transformations which we will see in the next Volumes, and of an a posteriori exaggeration of the concept of power up, but which from a shonen perspective is more than effective and capable of stirring up the young spirits who attend the show. 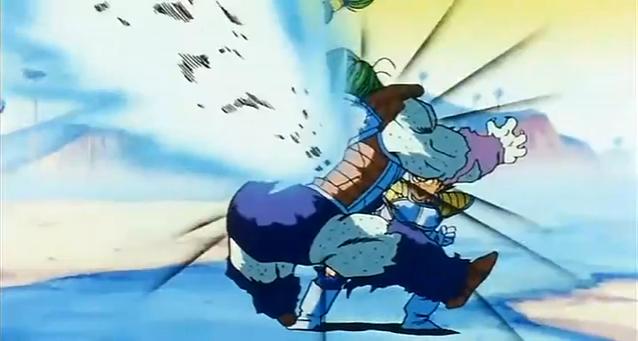 If you are about to buy, however, know that the first ten DVDs contained in this box set are not just "good stuff", you will find yourself facing some of the most gruesome episodes of the Z series, useless fillers of which the visual embodiment of Toriyama's work is well known to most. Flying over the incredible reasons why Goku slows down his run on the Serpentone (in the manga the Saiyan took three chapters and remains in the background compared to the events on earth, in the series about ten episodes of which the good half to retrace a road already seen), and flying over Gohan's training that will lead him to meet a disused robot or try to return home and then understand that he must train (?!), we have entire episodes focused on Bulma running away from Frieza's men, or two episodes go to waste searching for fake dragon balls on another planet that isn't really Namek. Episodes that I remember with hatred from the days of middle school, and which still make you mad, but which fortunately are completely avoidable by skipping the episode on foot and continuing on your way thanks to the booklet. 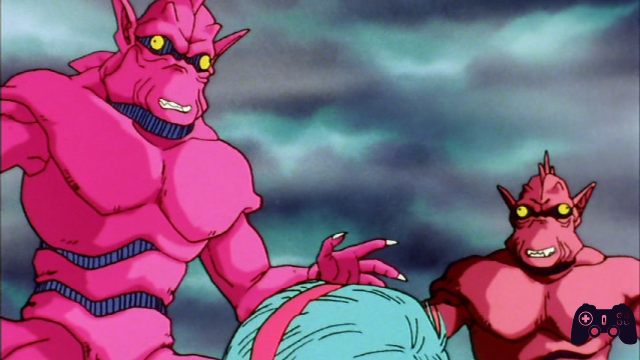 Between adaptation, acronyms and special contents

We are now on the third date with the DVD version of Dragon Ball curated by Yamato Video, and to complain once again about the laziness of the subtitles, which are based on the historical adaptation of Merak, would only be unnerving. It would be unfair, however, not to point out two details of this edition: the acronym is not What's My Destiny Dragon Ball, but that of the classic series, thus going against what is written on the box itself, and the absence of any other type of special content, that are not the previews in the original language unpublished in the television edition. Finally, the DVD format turns up its nose when there is a bluray version of the Z series also devoid of the hateful fillers (Dragon Ball Kai).

Nothing to say instead about the dubbing, strong now as then of voices of the caliber of Gianluca Iacono (Vegeta), and the regret Paolo Torrisi (Goku) who died in 2005, and which is always nice to hear. Venturing into this collection of five box sets remains a feat for true Dragon Ball fans, ready to throw themselves back into the fiery battles that have always characterized Toriyama's work.

Do you want to be a video game expert and know all the tricks, guides and reviews for your video games ? Holygamerz.com is a group of video game fanatics who want to inform you about the best tricks, guides and tips. We offer you the best information to be a reference in gaming, so here you can find guides, tricks, secrets and tips so you can enjoy your games to the fullest. Are you ready to get all the achievements of that game that you resist so much? Enter now and enjoy your favorite video game to the fullest!
News New trailer for Etrian Odyssey V ❯

Special Waiting for Bakugan Battle Planet: 5 similar series you grew up with

Special Trial and Error: the sense of experience in videogame universes

When he was there special: 30 years of Ys (the saga that gave birth to jrpg)

Add a comment from Special Dragon Ball Z- Vol.1: The evolution of the species