We were four friends at the bar
who wanted to change the world,
destined for something more
than to a woman and a job in a bank
they spoke deeply
of anarchy and freedom
between a glass of coke and a coffee
you came up with your whys and proposed yours I will do.

Gino Paoli, We were 4 friends at the bar.

Crunch and hype, two terms that those 4 friends at the bar didn't even know existed, at the dawn of theirs first semi-serious talks about the world of gaming. At the time we spoke with a magazine in hand, strictly PSM. The pages, freshly turned, still smelled of freshly printed paper. Unlikely reviews, rumors and leaks were our daily bread. From magazine to magazine, word of mouth increased and the "Day One" was approaching. An info-imaginary mix of raw data was the basis of our expectation and our mind was now in an endless unboxing loop,.

That expectation and that strong desire for possession it had a name well defined by the normal marketing canons and it was called hype, but it also hid a double personality that identified with the name of crunch and we did not know how all this affected the gaming world.

Those 4 friends have grown up, they married and they became dad gamers, witnessing the helpless evolutionary spiral into which the videogame world was sucked in: the single player has become online multiplayer, the printed word has become extinct in favor of websites, word of mouth makes the cry of the bird, the chatter at the bar has left the place on social media and fantasy and imagination have been suppressed by Youtube.

Those 4 friends, who grew up with joypads and PSM, didn't have the slightest idea of ​​what was actually going on behind the scenes of the teatro delle follie. 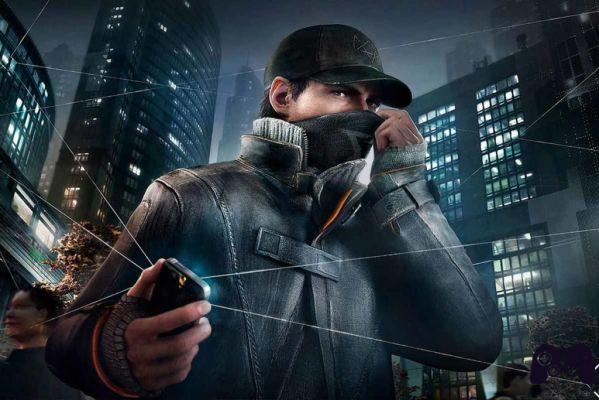 Watchdogs, from a forerunner of change to an example of mediocrity

The actors of the hype, crunch and gaming industry

The world of gaming follows strict corporate rules and sees essentially involved two figures: the publisher and the developer. 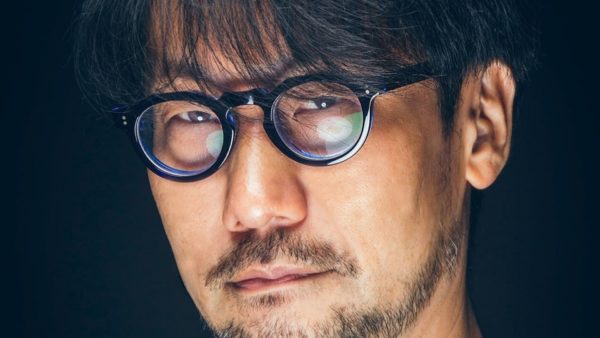 To learn more:
The 10 Game Directors of the moment

Understanding the two roles is very simple, the former has money and logistical resources and the second is the worker who physically carries out the work commissioned by the former, obeying his orders and respecting his timing.

The production flow of a video game is very linear. All the ideas, the hints on the plots and why not also unpublished gameplay mechanics are proposed to the publisher that, if it expresses a favorable opinion, appoints a reference figure called producer or game director, which will serve as a link with the developers.

This professional will have a lot of responsibility on his shoulders starting from the budget up to the casting for the actors, decides the deadlines, organizes the work team made up of artists and programmers and coordinates the testing phases. 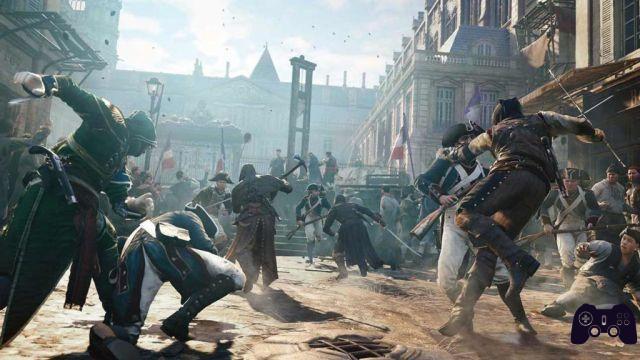 In 2014 Ubisoft combined one after the other, first with Watchdogs then with AC Unity.

At his side there is a figure that I have always imagined as the architect of the Matrix: the game designer.

As the master in Dungeons and Dragons, this figure is entrusted with the task of designing the game world, the gameplay with its operation and its rules and to pack all this into one document, the development team's bible.

The publisher does not remain idle and, during the game development cycle, feed the masses with marketing and promotion campaigns. The ways in which they are implemented are many and we certainly start from the sector events, with E3 in the front row, real showcases for the launch of a new title and which sometimes turn into mirrors for the larks; then come the interviews, press releases, posts on social networks and demonstration videos of the gameplay.

What follows is represented by this image. 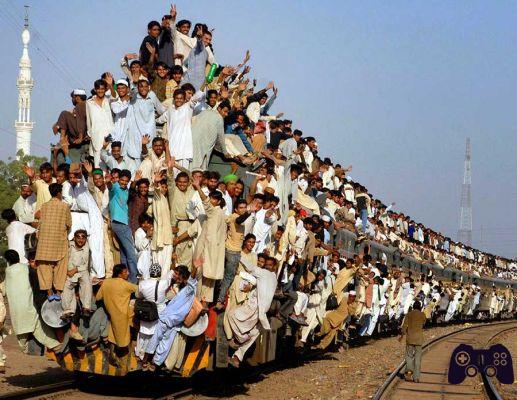 If on the one hand he gets as many passengers as possible on his train, on the other he converts this interest into numbers, elaborates forecasts and budgets and begins to exercise increasingly stringent controls on the developer, showing the dark side of the force.

Its domination is exercised with milestones, scheduled deadlines in which the development of a video game must absolutely fall. Delays, even if they are physiological and natural, are not allowed in any way, so entire development teams are forced to overwork, reaching up to 100 hours of work in a week.


Even though they may seem like brothers of two different mothers, the hype and the crunch they are like the two faces of gaming and like Gemini of the Knights of the zodiac, they can easily transport you to a dark dimension, that of disappointment.

Betrayals and disappointments are heavy scars for us gamers.

The illusion of hype

You have to feel the wave, indulge its energy, tune in and then let yourself go.

Hype is like a wave. Start quietly, then you feel you need something and start looking here and there and then sbam, a nice gameplay video posted on Youtube followed by a nice interview. E3 arrives, another super gameplay with exceptional graphics, announce the release date and pre-order on Amazon arrives.

This is the chronicle of a marketing campaign created by publisher and how methodically builds the Hype infrastructure. The term in its literal interpretation means "Frame" o "Swelling". Only the etymology of this word should set off alarm bells

I could try a reinterpretation of the term dropped in the videogame scenario.

"The hype is the direct consequence of the set of commercial techniques and strategies built by publishers, useful to inflate and show a title for what it is not, giving us a sense of expectation that increases exponentially over time".

I don't say it, history says it, the thousands or millions of gamers who have been literally betrayed by a title say so, say the developers fired immediately after a videogame failure.

Stories of “hype betrayals”There are many, to name a few of the most famous we remember the first Watchdogs, where the wait generated after the reveal trailer shattered against one unprecedented graphic castration of the final product; Assassin's Creed Unity, a title announced with a resolution of 1080p and 60 fps which then it is revealed of 900p and 20 fps; Anthem, One of the most famous cases of hype and crunch in history recent of gaming, where a game a game in clear and evident pre-alpha phase has been launched in the market. 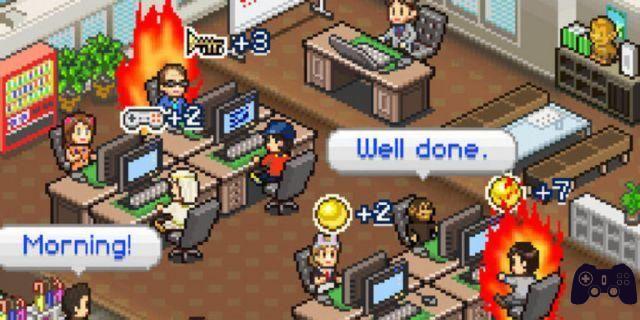 Cause of death: Karoshi, death from crunch

“Karoshi is a Japanese term that means death from too much work. "

The problem of excessive amount of working hours faced by a person is real and, as the news has described in the past, it can lead to very serious health problems and sometimes be fatal.

Karoshi is a Japanese term that means death from too much work.

As the hype feeds on new followers in the gaming world, iThe publisher controls timing and deadlines of the roadmap for creating the video game and if something on a numerical level does not lead, asks to return all development staff on schedule and the crunch hovers like a vulture.

Crunch it is not the name of a biscuit with a chocolate heart inside, but of one very bitter pill that a developer has to swallow to hope to see their videogame work come to fruition (as well as see the salary at the end of the month).

in 2019 was published, on the occasion of the Game Developers Conference, the seventh and annual survey on the state of the world of the video game industry, raising pandora's box on a very obscure issue

The cult of sacrifice in work.

The intolerance generated by an environment worn out by too much work, it is a B52 for the right hemisphere, which systematically bombards the creative side of the developer with bombs laden with stress and tension.

Conducted on about 4.000 workers of the world of the videogame industry, the picture that has emerged is evident, where the need to have a union that protects the rights of developers and that limits the practice of the "crunch" it has become an issue that can no longer be postponed.

44% of the interviewees stated that the work lasts more than 40 hours per week: such a fact suggests that this has almost become a habit rather than an exception to go beyond regularity.

The problem is that all of this just triggers one chain reaction, which physiologically always affects the end user, us.

The intolerance generated by an environment worn out by too much work, it is a B52 for the right hemisphere, which systematically bombards the creative side of the developer with bombs laden with stress and tension.

Being a videogame a work of creativity and ingenuity, I leave it to you to draw every conclusion of the case. 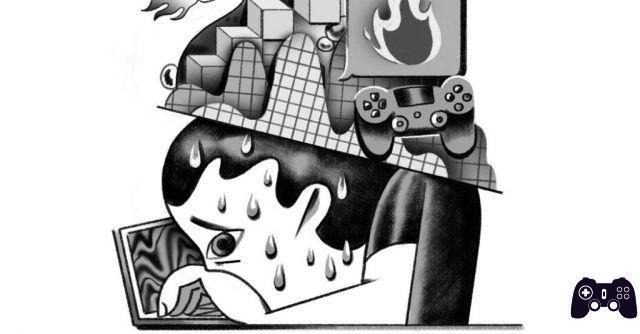 Illustration by Rebekka Dunlap in the New York Times

And what is all this about?

Our feedback is their fuel, our voice their strength, our hype their courage.

You will say I am neither a publisher nor a developer. What can we do with this situation? Quite legitimate question which I will try to answer with another question: When your hype was almost in orbit, were you sure that what you were seeing was true?

Our role as a gamer it's not just to hold a joystick in your hands and slide your fingers at cosmic speeds, we also have a moral obligation towards those on the other side of the trench.

The developers work for us, they sacrifice for us, they get fired for us, they believe in us. The least we can do is honor their work by trying to be always in contact with them from the very first moments of the development of an IP. Our feedback is their fuel, our voice their strength, our hype their courage. We must unveil artificial hype and denounce crunch episodes, exposing in public the crimes practiced by those who damage the gaming world.

Our joystick must not only test the gameplay, but must stand up to beacon of truth. This is what it means to be a gamer.

Everything now depends on you.

Do you want to be a video game expert and know all the tricks, guides and reviews for your video games ? Holygamerz.com is a group of video game fanatics who want to inform you about the best tricks, guides and tips. We offer you the best information to be a reference in gaming, so here you can find guides, tricks, secrets and tips so you can enjoy your games to the fullest. Are you ready to get all the achievements of that game that you resist so much? Enter now and enjoy your favorite video game to the fullest!
Superdimension Neptune VS Sega Hard Girls Review ❯

Special Randomness and emerging gameplay in Zelda: Breath of the Wild