Special But did Microsoft actually win E3 in the end? 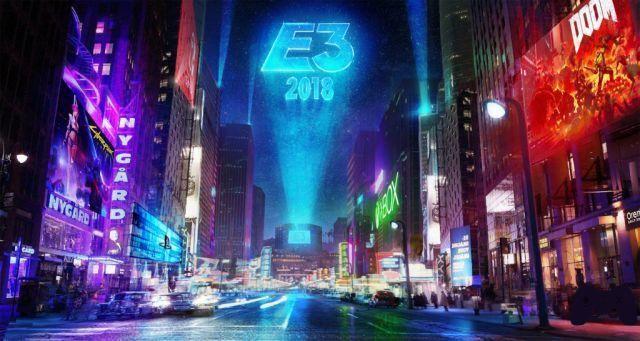 We all know that E3 2018 was won - as far as the judgment of critics is concerned - by Microsoft. And we could also agree ... But it is more interesting to try to understand the common feeling: who won E3 2018 according to the Internet?

Times change, our own industry has changed and we are sure that in another five years it will be upset again. And consequently the sector events, conferences, the way of addressing the public that software houses use also change. L'Electronic Entertainment Expo it is no longer the only macroscopic video game-themed event and perhaps not even the most interesting anymore, but it is still the most important.

For a week, anyone who gives information and / or criticism talks about E3, who won and who lost. We are usually in countertrend 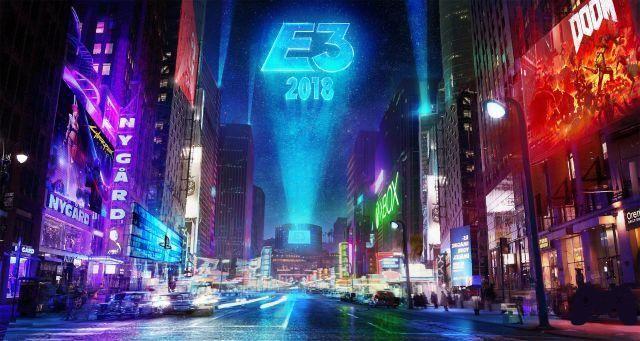 Even in his small way, the writer has noticed in these five years of psychological violence against alleged collaborators militant in online pseudo-publishing, that in this period of the year more or less anyone remembers that you do not live only on information. Translated: pretty much anyone who starts criticizing. Pretty much anyone who wants to write an editorial about who won E3. A little out of nonconformity, a little - indeed, I would say above all - because what a bummer is yet another analysis of this year's conferences, in these articles we go to see who won, but according to the public.

Then follow graphs, lots of data and a little chat about the free interpretation of these numbers, courtesy of Brandwatch (as regards the "hot" graphs), Synthesio and Twitter - which has the undoubted advantage of being able to exploit the Big Data, but the cons of taking data only from your own platform. 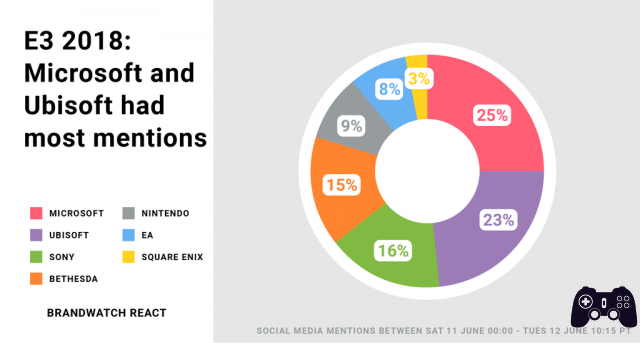 Microsoft and Ubisoft ahead of everyone. But as usual, eye...

And Brandwatch is too implacable. Microsoft this year did the bang, and 25% of total mentions on social channels go to Redmond. A quarter of the total volume. It is not 44% of last year (after all 365 days ago it was baptized Xbox One X, here we said “oh yes, we are working on the next Xbox”), but it is still a rather indicative result. Then it is clear, as usual it is not enough to say who won - because not all mentions are to be considered positive. This year, maybe it is not even enough to decide who has lost, because basically the direct competition from Sony had widely anticipated how it would move on the Los Angeles stage and kept its word, even throwing some surprises. And finding some growth compared to the volume of mentions moved last year, with + 5% on face up cards which is definitely a positive message. But looking at the pie chart above, to see that the slice of Nintendo è stopped at 9% (in front of only a disappointing EA and a Square Enix that has brought the centerpiece into the house of others), there is the legitimate suspicion that it is precisely the Great N, to come out with broken bones, despite the fact that overall during the week of E3 it is the house that generated the most tweets (first for mentions on Twitter, and with the hashtag #SuperSmashBros third in this ranking). The reason is easy to say, given that looking beyond the bare and raw data also the so-called sentiment, or thing have aroused these reactions, Nintendo is ahead only of Activision and Bethesda. Yup, also behind Electronic Arts, a company that is often voted the worst in America and has been turbulent (to say the least) in recent months. 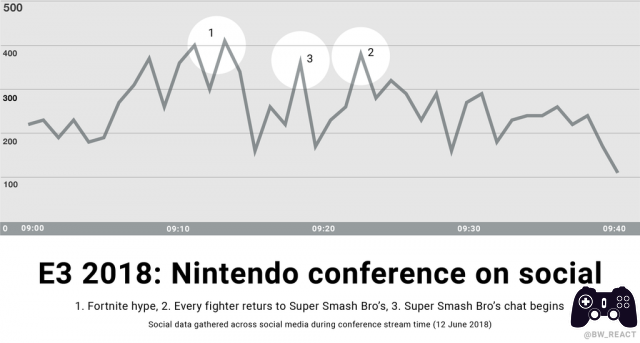 Zoom on the data relating to the progress of the conference and one would say that we got it right, and that indeed it was Reggie who don't get it right at all. The idea of ​​turning on the spotlight practically only on Smash Bros. Ultimate was suicidal, because if it is true that there was a peak when we started talking about the title, then the interest suddenly collapsed. Because let's face it, frame-by-frame chatter about each character is geek stuff, and in an event aimed essentially at a general public (as E3 generally is) it is almost madness. Undoubtedly it has gassed all the historical fans of the series and the fundamentalists of the Kyoto house beyond belief, but for everyone else?

The playful equivalent of a brick on the balls. It was literally not even worth complaining, judging by the traffic crash ...

We only recover when we discover that in the end the roster will include all the knowledge ever made available in the previous chapters, but we would say that it is clear to everyone that when you Fortnite port steals the show - which is a truly global phenomenon, but has been available for eons from competitive sides - things have gone badly. Very far from the Sony-style formula of last year's heyday, with many sailor promises but that with a single writing on a black screen catapulted Metroid Prime 4 right behind Assassin's Creed Origins as an impact on the public. 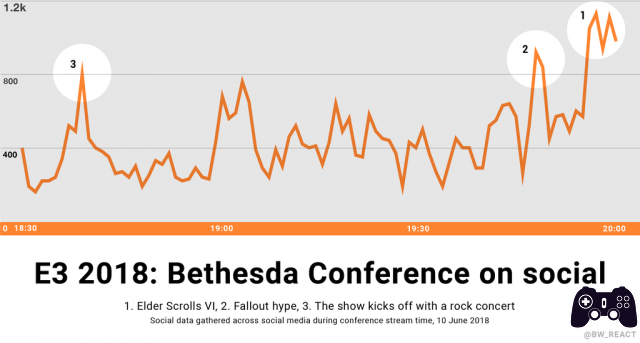 Bethesda is proof of this, which in fact closes with a very similar maneuver and only makes us smell The Elder Scrolls VI, but it is enough to make a bang at the end and to make the players talk a lot (and about nothing). Post-Skyrim has been talked about more than Beyond: Good and Evil 2 - of which we have seen yet another film, but always and only smoke without roast -, more than the remake of Resident Evil 2, even more than the return with great fanfare of devil may cry. And looking at the most discussed games in general, Fallout 76 stands out above all, even on that Kingdom Hearts 3 that more than someone has been waiting for for a generation and a half. And if you can make the same speech as for The Elder Scrolls also for the next Doom (we meet again at QuakeCon, but at least we know that it exists) ... Too bad that for the umpteenth time we must find that in the end nobody cares about Prey, since the treacherous launch of Mooncrash does not arouse the slightest sensation in the social seismograph. And as it was said above, shame about the sentiment: Bethesda is the house with the worst reputation during the week of E3. 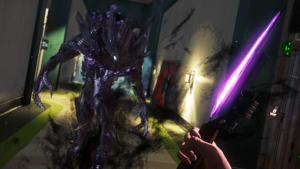 To learn more:
Prey: Mooncrash - Procedural side of the Moon

A three-way race then this year, with in contention Microsoft, Bethesda - dutiful, having regard to the above discussion - e Ubisoft, since he plays head to head with Bill Gates and his companions for the volumes moved.

It is at this point that it is time to come up with the aforementioned chart of the most mentioned games, to understand who moved best outside of his conferences.

And it is at this point that we have to assign to Ubisoft only the bronze medal, in spite of everything. 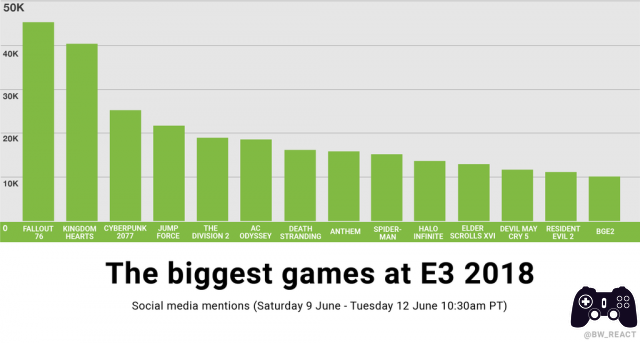 The Division 2 and Assassin's Creed Odyssey have gone strong, but the latter pays the uncomfortable comparison to Origins - which last year was the most talked about title of the week and both still stand behind not only sacred monsters like Fallout and Kingdom Hearts, but also to an unexpected sleeper hit like Jump Force (but like you have played the last boh, 4 such titles? There is a real risk of it being stuff…). It is a third place on the wire, mind you - as on the other hand there is little difference, in the opinion of the writer, between the second and the first position - but we must recognize the other two tenants of the podium a certain added value, this year.

The only discordant note at Microsoft is that there has been little talk of Halo Infinite (less than an imminent Spider-Man) and that the other two exclusives are Missing in Action ...

For the rest, the domain of the titles presented on the Xbox stage in this E3 2018 is there for all to see, and the fact that during the conference there was also a certain peak from the parts of Battletoads it is absolutely positive. Answering the question we asked ourselves in the title then ... Yes, we can say that E3 2018 Microsoft takes it home, even if it was not an undisputed domain. Never before this year has it been difficult, data in hand, to find the key to the problem, and certainly starting from the data collected we can also get to support the cause of Bethesda ... After all, Fallout 76 was rumored (also on Twitter) despite a widely anticipated reveal and The Elder Scrolls VI teaser is in the top 3 of moments that generated the most tweets. The result is a bit controversial from a reaction point of view, but the conference was well handled (the graph above speaks volumes) and overall several other houses fared worse.

Do you want to be a video game expert and know all the tricks, guides and reviews for your video games ? Holygamerz.com is a group of video game fanatics who want to inform you about the best tricks, guides and tips. We offer you the best information to be a reference in gaming, so here you can find guides, tricks, secrets and tips so you can enjoy your games to the fullest. Are you ready to get all the achievements of that game that you resist so much? Enter now and enjoy your favorite video game to the fullest!
News + Video games for all, disability in Microsoft's time ❯

Special Generating too much gameplay - a game costs more than 70 €

Special Why aren't video games the eighth art yet?

Add a comment from Special But did Microsoft actually win E3 in the end?