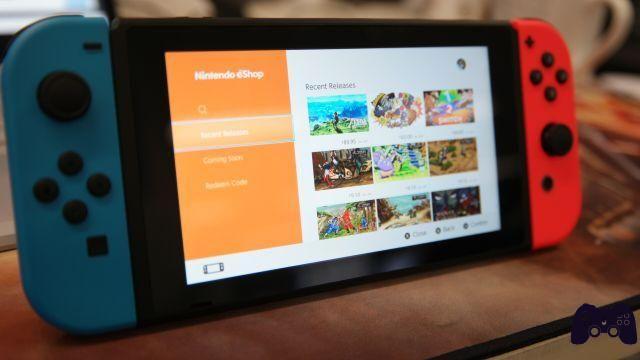 Traveling with Nintendo Switch in your bag is like taking a piece of living room on vacation, capable of dispensing all the best that the world of entertainment has to offer, going far beyond simple and only video games ... And nothing, I'm writing a lot of shit.

I thought the limits were all in that damn left Switch Joycon, its procedurally generated disconnects, and that insanely brave idea of give up the tractional D-Pad - after the traditional D-Pad you made it up and you've seen anyone else who's ever made gaming hardware copy it (while all the Nintendrons look at the finger pointing to the moon and yell their j'accusations at PS Move). I thought that oh well, after the launch something will have to move, because the volume of criticism - some of those that it was worth listening to, at least - was such as to reach Kyoto too. Result? "We're working on it". "They will arrive shortly." From the friendzone to the nintenzone the step is apparently short.

Because the core business and the bulk of the attention is on games, and it goes very well so.

But does The Legend of Zelda: Breath of the Wild really weigh more than the entire Netflix catalog, the books available on Kindle Unlimited and the whole Internet?

If I close my eyes I can still hear the monkeys, the ones who are reading these words typing convulsively in the throes of some raptus that consoles are used first of all to play, that as long as the software is of this quality you just have to keep quiet, that "you have seven thousand other devices to do everything else, sonaro del c * zzo". And the problem is that they are also right: I have another seventeen thousand devices to do everything else ("sonaro del c * zzo" but maybe we are going to tell everyone for whom God of War is more hardcore than Devil May Cry). But guess what? None of these have the Nintendo Switch software available, or translated:

The hardware, even on the road, is confirmed to be well studied. I never expected that from the Nintendo of Wii (U) and (3) DS

Because from the hardware point of view - excluding the considerations on the left Joycon above - they have really guessed everything. The screen was thought of intelligently, it's the right size and hasn't been playing the game mad rush to the last megapixel that Apple and Samsung have been playing for a few years now. Sure, it's not as spectacularly beautiful as the OLED of PlayStation Vita (or any Samsung device), but 720p is more than enough and in the end, if you want more, connect everything to its dock and enjoy the wide screen magic on your TV. . When you are at the airport and try to make the time between boarding pass faster, you know that in Full HD nothing would change. And let's face it, we've been sucking entertainment from Nintendo handhelds since the Game Boy, the Switch screen isn't even in the top 10 of the worst things we've ever been fed about it. The charging system? I don't know if God exists, but gun in my head I would imagine him as a door Micro-USB (and yes, to add blasphemy to blasphemy in this scenario God would be female. Like all things we don't understand, on the other hand). When a hardware manufacturer decides that it is better to follow the standards, it means that somewhere someone loves us. In this case, it took us well enough to think long term and choose a Type-C port, which if perhaps immediately involves carrying an ad-hoc cable with you in a few months, or at the latest next year, it will mean have a ring to tame them reload them all.

But then you come up against the fact that you can't use the browser in the meantime. There was a browser on my PSP more than 10 years ago. There was a browser on DSi, and there was on 3DS. There was a great browser on Wii U, and - damn - there is a browser on my 4-inch kindle. It's in beta, using it was one of the most unhappy experiences Amazon has ever given me (it does its duty, but worse than just about any other device out there), but it's there.  On the Switch there is not. Or rather, there is, but for some reason someone decided that we weren't ready to use it, knowing full well that usually when a company does this then geeks think about it. #and in fact. 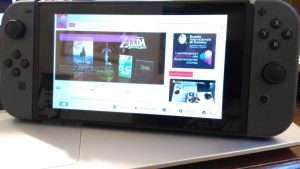 To learn more:
How to access the Nintendo Switch hidden browser Impeccable on games, unclassifiable on everything else. I had multiple apps on my PSP ...

There is not much to say about the video apps, there is nothing available even though these apps are "about to arrive" since last March. Not I laughed so as not to cry so ever since Shuhei Yoshida had declared that The Last Guardian was "in tenacious development". At the moment the only alternative is to go elsewhere, if you want to watch some episodes of the fourth season of Bojack Horseman, instead of getting bored in your downtime (because playing Mario Kart 8 Deluxe while on some public transport will also be socially acceptable, but the blasphemies that cause that damn cartridge will not) . Result? We have in our hands the potential link between the mobile world and that of consoles, and it would be enough to open the doors of the eShop even to those who do not develop video games but produce applications and in one fell swoop the Switch would become an even more attractive platform for consumers. is even more profitable for Nintendo. Not because sales would skyrocket - we are talking about a house that still has tremendous supply problems, an embarrassing mistake considering the killer applications arriving and coming out - but much more trivially because bringing eShop closer to Apple's App Store policy would be the developers themselves a pay Nintendo to be able to distribute their products. The late Satoru Iwata a few years ago framed Nintendo as a company closer to the philosophy of Cupertino than that of traditional competitors (Sony and Microsoft); it would be enough to make at least some concrete attempts to make those words truthful, which I want to hope did not have as their point of arrival that Super Mario Run sold at crazy prices on a platform accustomed to very different figures. It is ridiculous (if not sad) to think that too on PSP I had more applications available, including a Comics Reader - science fiction, for those years when I was still walking around with a Nokia 6630 in my pocket. 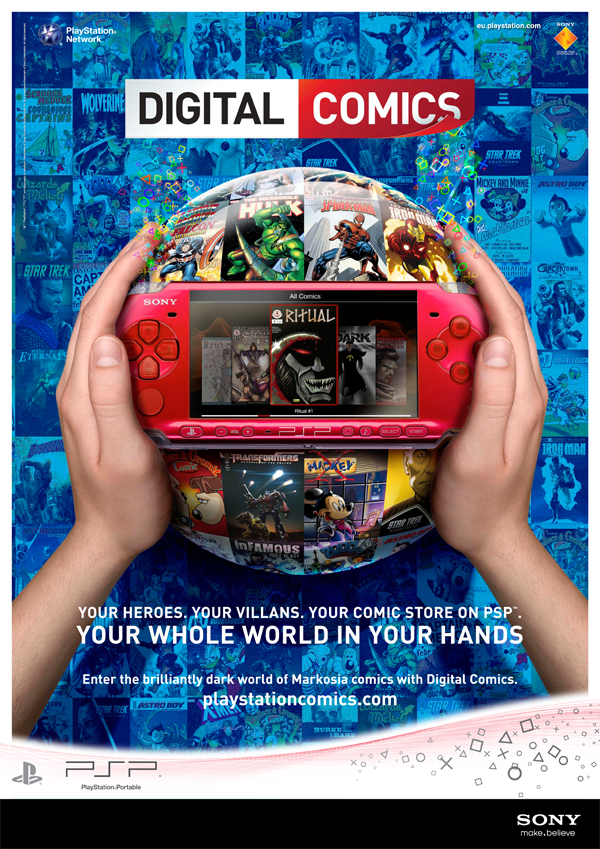 Much blame for the parent company, but the same goes for all those users of enthusiasts which as usual is shown forcaiola and short-sighted, contentedly of a good healthy platform when we are like this close to a possible revolution. The bulk of the complaints were heard at launch, then leaving the issue to deflate with the passing of the months while on eShop in the meantime everything was silent (and is still silent). And even if it doesn't seem like these are the words of a user satisfied with his purchase, who is really convinced that he is experiencing the best quality launch from the point of view of the game that a console has ever had. The hope is that something - sooner or later - really moves, that Nintendo will start hearing us from this ear or that someone will forcefully open its eyes: Nintendo Switch with just a couple of these tricks could really replace my iPad in no time. As long as the situation remains this, however, it can be satisfied to be my (and our) favorite toilet console at best.

Do you want to be a video game expert and know all the tricks, guides and reviews for your video games ? Holygamerz.com is a group of video game fanatics who want to inform you about the best tricks, guides and tips. We offer you the best information to be a reference in gaming, so here you can find guides, tricks, secrets and tips so you can enjoy your games to the fullest. Are you ready to get all the achievements of that game that you resist so much? Enter now and enjoy your favorite video game to the fullest!
News + Videogames and the new rehabilitation 2.0 ❯

Add a comment from Special Because Nintendo Switch can't (yet!) Replace my iPad