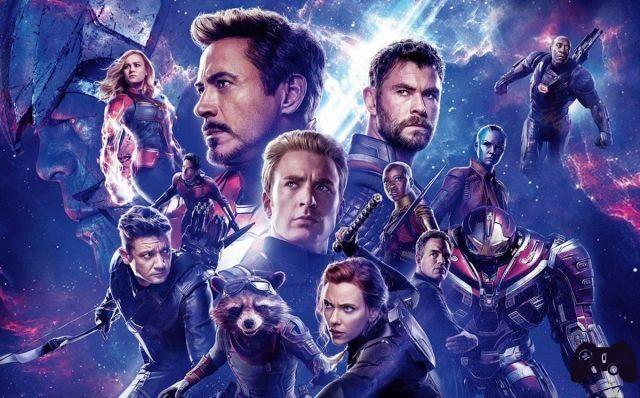 When faced with events of this magnitude, any professional opinion is superfluous.

From 21.00 pm on Tuesday evening, the indicative time when the press screenings of the final act of the Marvel Cinematic Universe ended, the race for opinion and judgment began, to be published strictly at midnight and "zero-one" the following day, exactly when the curse of the embargo would be broken. And here is that at the stroke of the fateful hour, like Cinderella on the night shift, critics have begun to spread their views to an audience that had already decided months before whether to go to the theater or not. Why Avengers: Endgame is the pinnacle (not qualitative, let's leave that to Infinity War) of a mass cinematographic phenomenon on the crest of the wave for 11 years, from that Iron Man who definitively relaunched Robert Downey Jr. and the whole cinecomic movement. It is popular cinema at its best, not the classic generational divide on film, but a saga with which the public grew up and with it the actors involved, big pieces that in Endgame have left their hearts and given everything, even beyond the profession. .

To learn more:
Avengers: Infinity War - The milestone of 10 years of stories During the three hours in which the work shoots colors, CGI, emotions in the face of the viewer, I continually thought I was witnessing a piece of history of an art that I love to madness . No need to be sophisticated, I myself prefer another type of cinema, but in its splendid imperfection Endgame manages to tell us about humanity deep, real, hidden by armor, costumes and special effects, like the excessive make-up of a woman who would be gorgeous even in the early morning. An extraordinary, almost out of control choral acting rehearsal, which manages to make the audience feel an integral part of the show, part of that world decimated by Thanos waiting for a lifeline. At the mercy of the waves of a swinging, syncopated, odd rhythm, the mind retraces the last 11 years, a film becomes 22, or vice versa, memories melt before the eyes and overlap the live projection. There is no discussion on any technical or narrative aspect that holds (the level is always what Disney and Marvel have accustomed us to, for better or for worse), there is only the emotion fomented by the expectation of wonder, the taste of being in room with dozens of other fans, before critics, who applaud delightfully coarse, genuinely exalted, in front of scenes that are already history, iconic, as if it were a collective rite capable of awakening an epic that is lost in the millennia, that of being human elected to hero to save his people. It is a profound bond that has been created with these characters, because they have shared a good slice of life with us and to see them fight, suffer, physically and humanly, with this intensity, is something that is almost touching. The same Thanos, the one who should be hated, the "bad guy", is an incredible, multifaceted, tormented character, capable of taking on a task of divine significance, insanely determined and ultimately victorious, so human in his brutality, destroyed by his own sacrifices, to be loved. 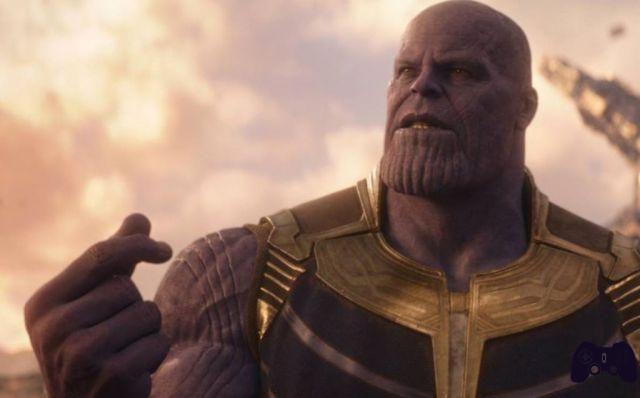 Despite the gags and their comic times, sometimes a bit stoned and out of tune, the psychology of the characters, their experience, their (super) problems, always manage to get there clear, penetrating deeply into the epidermis, personal as well as social. It is something that more than all the artistically most relevant works brings the mass to fill the halls, even before the trailers, long before a review that will not change expectations. It is the popular cult that becomes a mirror of ourselves, the one made of the same substance as Back to the Future, Jurassic Park, Harry Potter or The Lord of the Rings, of dreams that cancel the distance between reality and fiction, breaking down every wall and creating cohesion, debate, love for the big screen. That love that will become for Endgame the brightest, most golden recognition of any possible Oscar. It is in that moment that the criticism is pulverized with a snap of the fingersa in its main purpose, that of informing about the quality of a product, about its cultural value, unable to rise above it to be absorbed by the general enthusiasm. In front of a blank sheet of Word, forced to write a piece of cinema history, in the eyes that battle, the beats still accelerated unless you are totally devoid of empathic abilities. Now is the time to slow down, ignore the embargoes, let popular sentiment settle for a few days. You will watch Endgame, you will get excited and talk about it, sculpting it in history, memorizing sensational moments and jokes to turn into quotes, living it beyond the screen. If you still think the Marvel Cinematic Universe is a sideshow (legitimately huh), look at your social bubble, look at the power of cinema in action on people, the importance of blockbuster as gasoline to power the entire dream factory.


Do you want to be a video game expert and know all the tricks, guides and reviews for your video games ? Holygamerz.com is a group of video game fanatics who want to inform you about the best tricks, guides and tips. We offer you the best information to be a reference in gaming, so here you can find guides, tricks, secrets and tips so you can enjoy your games to the fullest. Are you ready to get all the achievements of that game that you resist so much? Enter now and enjoy your favorite video game to the fullest!
Minecraft: Story Mode Season 2 - Episode One: Hero in Residence review ❯

Add a comment from Special Avengers: Endgame and the uselessness of criticism