Special Addiction and madness: the video games that led to death 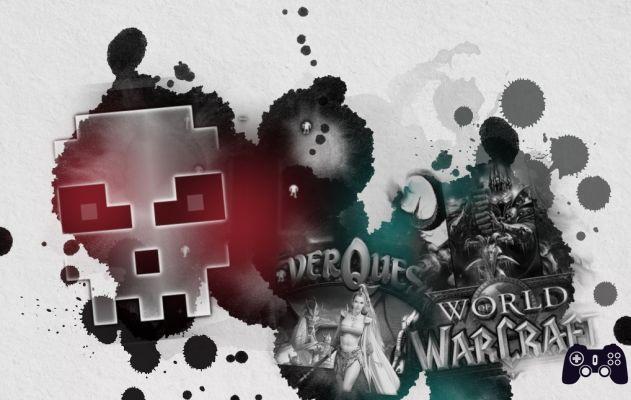 Puà the addiction to video games to cause e lead to the death? It seems absurd but it is a harsh truth. “Video games don't kill people. Stupid people kill people ". The special can only start with this comment, written by an online user. It will be true, but despite this, video games are often accused of being too brutal, of being addictive, and of creating mental and psychological disorders and sometimes driving madness; a speech made at the time also with cartoons and films, and probably with any new emerging medium in the field of entertainment.

Most likely it's just an excuse. Video games are the perfect scapegoat for placing blame. Surely, the rise of their importance puts them in the spotlight and media pillories of all kinds and types. Now even the massacres seem to be connected in some way to the world of video games. Just because someone put a camera on their head and filmed everything in fps style. Unfortunately, this too is part of the rules of the game. Let's see together what recent history has in store for us on this sad chapter, that of video games that led to death. 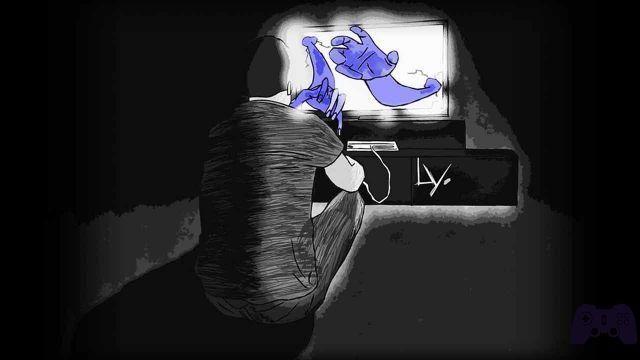 Over the last few decades, video games have led to the deaths of many people who, having become addicted, or gone mad, have burned their own lives and sometimes that of others. Just think of what happened recently with Pokémon GO, a game (revolutionary but not too much) that has allowed people to be able to capture the famous pocket monsters in the open air. But what happened around the title? We all know: game criticism, player criticism, developer criticism, criticism everywhere. This happened for two reasons: the desire to have to criticize always and in any case, and the fact that there have been accidents, sometimes fatal, caused by the lack of attention of the players, who did not notice the dangers that surrounded them. 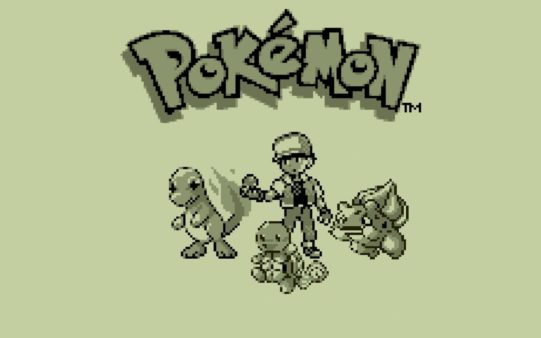 To learn more:
Pokémon: the choices in the history of video games Pokémon GO is for many guilty of "killing" a seventeen year old from Guatemala, Jerson Lopez de Leon, for entering a house to catch a Pokémon, being killed by a gunshot from the tenants of the aforementioned house. The example just recounted describes well what has sometimes happened in recent decades: people who for one reason or another have not been able to control themselves and who have made sometimes deadly decisions, a topic that has been dormant in recent times, but which is back in the news of arrogance today. Opinions on the subject are quite conflicting, and have even led some national media to examine the phenomenon in a TV report. A case that has already been thoroughly investigated in the July episode of Holygamerz, the editorial's official podcast.

The first period: self-harm between Arcade and MMORPG

One of the first players to be victimized by video games was the XNUMX-year-old Peter Bukowski back in 1982. During the month of April of that year, in fact, Bukowski died of a heart attack during repeated attempts to be able to set a new record in the arcade game Berzerk, a shooter created two years earlier by Stern Electronics. A few months later, Video Games Magazine, a magazine of the time, reported that the boy had experienced psychological trauma while playing, and this had led to his death. 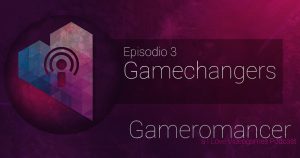 The MMORPG titles in this sense they were the most subject to criticism due to their particular characteristics. But if, in recent years, these are not the primary subjects of the attacks, some time ago the games belonging to this genre were attacked because of their "dangerousness", since they tended to keep the players glued to the screens to evolve the their characters. One of the most famous examples is EverQuest, also nicknamed “EverCrack” or “NeverRest” due to the large number of people who couldn't get away from the game. A man called Shawn Woolley he left his job in 2002 to devote 100% of his attention to this very title. The consequences of this gesture were catastrophic: Woolley lived the rest of his life ignoring his friends and family, and was found to have committed suicide by a gunshot.

Many have speculated that the problems related to the game, still in operation when the man's body was found, led to this extreme gesture. The criticism of EverQuest does not stop there, however: many people became addicted to the MMORPG and, for this, Shawn Woolley's mother created a support group to help those who had now become hopelessly addicted.

The list dedicated to MMORPGs is however very long: in fact there are many titles that we can mention, such as DOTA, Diablo III, but also different titles led to death due to long marathons, such as Halo e Starcraft In fact, many players have tried to carry out such long gaming sessions, and unfortunately often the mind and body could not withstand the stress.

Another MMORPG caused another incredible accident in 2005. Qiu Chengwei and Zhu Caoyuan, two Chinese boys, managed to obtain a powerful (and rare) weapon inside Legend of Mir 3. Zhu decided in every way to sell the weapon on eBay earning the equivalent of about € 750, without asking permission from his friend and companion, but above all without wanting to divide the gain in half. Qiu, in the grip of madness and anger, killed Zhu with stabbings while he slept. The affair ended with the arrest of Qiu Chengwei and a life sentence which later became imprisonment until 2020.

Another murder case, culpable this time, was committed due to obsession with World of Warcraft. Having become addicted to the famous title, Rebecca Colleen Christie played for 15 consecutive hours the famous title created by Blizzard Entertainment, forgetting to feed his little daughter, who died of hunger and thirst. The 911 call was worthless, as when the doctors arrived, the girl's body was found lifeless. But World of Warcraft was also the unfortunate protagonist of the suicide of a XNUMX-year-old Chinese, who lived in the province of Tianjin: Xiao Yi. The boy in fact threw himself from the roof of a building, dying instantly. Yi left notes, in which he wrote that he wanted to reunite with his three online friends who had fallen in battle, thinking he could be reunited with these in another life. 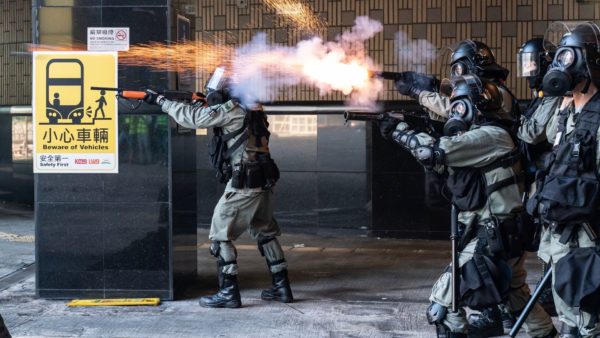 To learn more:
Digital Protests: Hong Kong's Political Uprising Comes to GTA VMa The genre just discussed isn't the only one that has brought problems. Shooters were considered equally dangerous, and have unfortunately inspired many cases of murder or, even worse, real massacres. In this special list, however, appears above all the action-adventure game: Grand Theft Auto, Better known as GTA. The saga has always been subject to numerous criticisms for the many rules that can be broken within the game: robberies, murders, reckless driving, and so on and so forth. Unfortunately, for this very reason, the title of Rockstar it has unwittingly led some people to commit ignoble acts. This is the case with Arnold Strickland, who in June 2003 tried to steal a car and shot two police officers. After being arrested, the boy said "Life is like a video game, everyone has to die at some point", and later claimed that he was inspired by GTA.

Unfortunately, the Rockstar title was also an inspiration for two half-brothers from Tennessee, who killed Aaron Hamel and injured Kimberly Bede with a firearm. The two boys said they were inspired by Grand Theft Auto III.

In the old factory…

But sometimes it has also been games considered harmless to lead gamers to make choices that can hardly be explained. Famous is the case of FarmVille, made famous thanks to Facebook, and developed by Zynga in 2009. During the month of October 2010 in fact, Alexandra Tobias killed her 3-year-old son, Dylan Lee Edmondson. On that day, he cried until he irritated his mother who hit his head many times, guilty of wanting to interrupt her during her long gaming session. The child died from the blows, and the mother was arrested and sentenced to prison for 25 years.

As can be seen from these examples, it is difficult to find one - and only one - precise motivation that drives people to make certain choices. It has often been thought that some games were too violent and too raw, but, precisely for this reason, important bodies have intervened, which today classify games based on age, such as Pan European Game Information (better known as PEGI), which divides the games into five different categories. However, as can be seen from the graph below, in most countries that recognize the PEGI there are very few that impose it by law: it is the parents, or whoever takes the place of the little ones, who must check that the age of the child / adolescent allows him to play a certain title.

Video games have experienced the same criticisms already made of films and cartoons.

But the problem seems to be another. If we exclude the cases of addiction, in the many examples reported it can be seen that those who have carried out these atrocious acts were essentially characters with problems who were simply inspired by video games, just as they could have been inspired by a film or cartoon. Let's not forget, for example, that in the months following the release of Scream at the cinema, there were killings inspired by the film, or again Taxi Driver, to which some criminals were inspired to kill (but without success) two former presidents of the United States (Carter and Reagan); and there are still many cases to be mentioned.

What is clear is that many of the people mentioned have lost sight of what is the meaning of video games: fun and pleasure. For them everything had become an obsession, which closed them in on themselves and which often, unfortunately, took away innocent souls. For our part it is difficult to find solutions, but what seems clear is that video games do not have the power to lead to death if taken for what they are. However, we must not forget those cases in which video games are in the eye of the storm due to the headlines of national newspapers, as happened in 2013 in Udine: L'Unità reported "Killed as in the video game", only because a witness heard two girls, guilty of murder, say “It was like being in GTA, the videogame. We felt like the hero of the game ”. Which hero? What action did GTA remember? The fact of having stolen a car? Then perhaps it is appropriate to repeat it: Video games don't kill people. Stupid people kill people. But be careful, because there is a big difference between stupid people and those with problems.

Do you want to be a video game expert and know all the tricks, guides and reviews for your video games ? Holygamerz.com is a group of video game fanatics who want to inform you about the best tricks, guides and tips. We offer you the best information to be a reference in gaming, so here you can find guides, tricks, secrets and tips so you can enjoy your games to the fullest. Are you ready to get all the achievements of that game that you resist so much? Enter now and enjoy your favorite video game to the fullest!
Scout Skill and Trait Guides - Bravely Default II ❯

Special Galeotto fu Epic Games Store: is it right to fight against Steam?

Add a comment from Special Addiction and madness: the video games that led to death