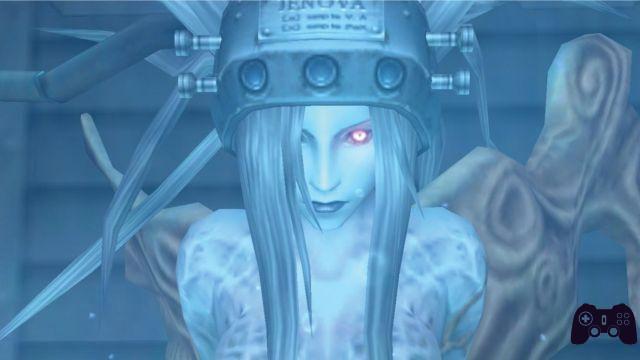 We could not help but dedicate one of our increasingly unlikely planks, on a day like that of Mother's Day, just to the mothers seen and told in our favorite hobby. Important figures, who in several cases inevitably influenced the lives of those who were the main characters on record, or in other cases sacrificed a lot for them. Without further ado, let's see which ones 8 videogame moms (why 8? Well, because yes because it seemed an appropriate number, since the article was written with eight hands) we selected.

A few days ago, we fans of the Uncharted series joyfully celebrated the anniversary of the release of Uncharted 4: End of a Thief, which shed light on Nathan Drake's past in many different senses. Despite the fact that a year has passed since its release, we are aware that the risk of “spoilers” is still high for those who plan to recover the game soon; We therefore invite you to stop reading immediately, if you haven't finished the series yet (and you definitely shouldn't watch the video below).

That said, although it is mentioned by the fearsome Marlowe in Uncharted 3, Nathan and Sam's mother makes a more substantial "appearance" only in the fourth iteration of the series, and more precisely in Chapter 16. On this occasion, Sam and Nate find themselves to infiltrate the home of Evelyn, an elderly explorer who has been able to collaborate with Cassandra Morgan, mother of the two young men and now owner of her travel diaries, bought during an auction. As usual in the last few years of the developers, the emphasis on family is very strong in Uncharted 4, and Cassandra herself will be presented as a very talented historian, burdened by an illness and led to her death when Nate was only five years old. However evanescent, however, the figure of Cassandra will be a strong inspiration for the life of the two little Morgans, who will decide to change their name to "Drake" to pay homage to their mother (in search of Francis Drake's treasure for life) and to themselves embark on a treasure hunt to honor it. A mother almost completely absent from the events narrated, therefore, but at the same time with an indisputable strength and of great importance for the future of Sam and Nate: a mother-symbol, loved and respected by her children, who will decide to follow in her footsteps to remember it, in every day of their life. 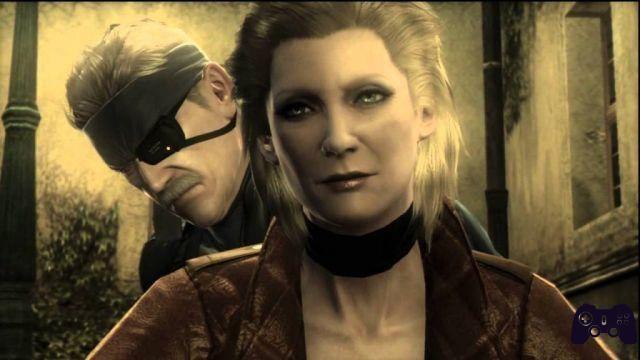 A strong, decisive and, if necessary, sensual mother. Determined and unstoppable, EVA of the saga of Metal Gear Solid she is this and much more, but above all she is a woman with an unshakable will and with an almost blind loyalty towards Big Boss, her lover. Faithful to the Les Enfants Terribles project, for which she will volunteer to create the clones of Big Boss himself, EVA (also known as Big Mama in the fourth chapter of the series) will be the surrogate mother of Liquid Snake e Solid Snake, and will help the latter to oppose the Patriots during one of his last missions in Europe. Big Mama / EVA will give her life to protect the body of "Big Boss" (actually the body of Solidus Snake, used to "rebuild" the real body of Big Boss in a comatose state imposed by the Nanomachines), expiring in the arms of the son David, now known to players as Old snake. Died at 78 after a life as a professional spy, EVA is undoubtedly one of the toughest mothers in the world of video games: a woman who is not afraid to take risks for herself, and who is certainly not afraid to die in the name of an ideology in which he firmly believes. A character who in hindsight proved to be fundamental, as well as one of the pillars of the entire series: without EVA, the first Metal Gear Solid would never have been so solid.


Cooking Mama (from the homonymous series)

Among the thousand skills of our mothers, the culinary one is certainly one of the most practical and universally appreciated. How nice is it to go home every day, or to visit your parents, and be greeted by those scents and dishes that not even the best restaurants can emulate? One of these mothers, for whom the ingredients are like a painter's palette, is definitely Cooking Mama, the best home cook in the gaming world! Watching the video above and not getting a hole in the stomach, even with the awareness of its virtual nature, is impossible. It is 10.30 am as I write and I have an unhealthy desire to eat meat in red wine after having breakfast. Our Mama is a true artist of the nouvelle cuisine, ready to pamper us with her delicacies, tireless and adorable, with her apron and a physique du role from a housewife of yesteryear. A real war machine behind the stove, so determined and focused on the result that it would not disfigure even on the battlefields of Killzone, ready to step on every Helgast to bring the ration to the ISA marines. But on the other hand, aren't all our mothers war machines, capable of bearing us every day? As for us, just read us to understand that we are pain in the ass! 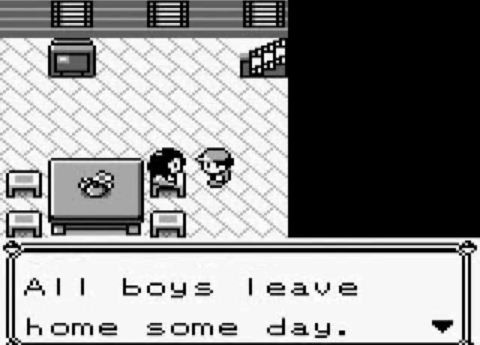 "Hi mom, we'll meet again when I have captured the 3 legendary birds!"

The most iconic mothers of the videogame world, however, are those of the Pokémon saga, all daughters of Ness's mother in Earthbound, delight of all RPG lovers. Strong mothers, often without a partner, ready to let their kids go on an adventure that we would all like to live on, on the road to becoming the best coach in the world, leaving our provincial village and discovering cultures and creatures that we never imagined. There is the mother of Red Blue, who takes it philosophically; there is that of Gold Silver, a little apprehensive, who will immediately give you the Poké Gear, equipped with a telephone with which to keep in touch, very useful, as well as her propensity to manage our assets! And how can we forget the young and energetic Primula di X / Y, former Rhyhorn Formula Champion, contemptuous of danger. In short, these fantastic women have always been fundamental characters in the atmosphere of the saga, always ready to take care of our team and dispense advice as only a mother can. A virtual bond that will lead us to return home from time to time during our wanderings, just like in reality! 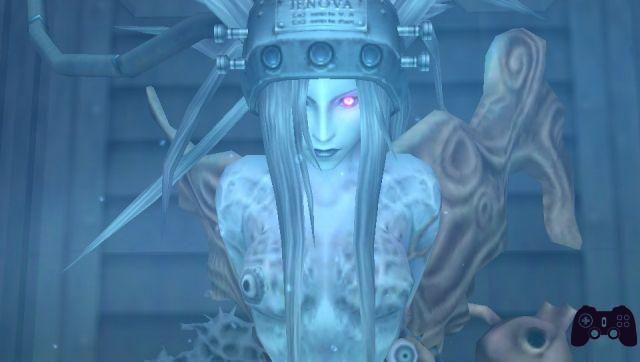 Ok, here we have to go with the lead feet: Jenova is an alien who has no real gender. This character is often referred to with the English "she", but it is not uncommon to find the personal pronouns "he" and "she" as well. The "calamity of the skies" is certainly one of the most powerful beings in the entire Square Enix saga. Whether it's a he, a she or an it, Jenova can be considered the mother (or “considered the mother”, as you like) of Sephiroth, one of the protagonists of the seventh chapter of final Fantasy. In reality, there is no real relationship between the two: the only thing that unites them is the strength of the alien cells found in Sephirot's body, which are recalled in some way by Jenova's original body. , actually believed dead. In short, a relationship that exists and does not exist, but based simply on the will to survive. 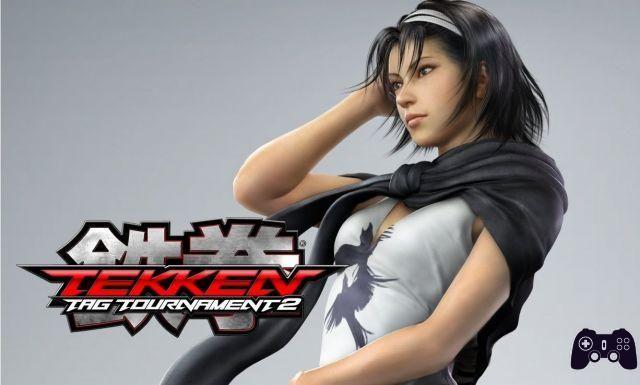 As mysterious as she may be, Jun Kazama is certainly one of the most adorable mothers and wives in video game history. The woman first appears in Tekken 2, within which he takes part in the great tournament organized by Heihachi Mishima. This is precisely its peculiarity: although it did not appear in most of the fighting games published and developed by Namco, Jun managed to be loved by many players, who have wished at least once to have her as a second mother. However, as mentioned, not much is known about Jun. Within the second chapter of Tekken, we discover that he has a relationship with Kazuya Mishima, son of Heihachi (far from being a good dad, mind you), and has a relationship with them, which as we will see in Tekken 3, will give life to Jin Kazama, another true protagonist of the series. But Jun, as we said, is an ideal mother and wife, as she tries in every way, overcoming a thousand obstacles and dangers, to help husband and child: Jin seems moved by the will to take revenge for the mysterious end of his mother; no one knows what happened to the woman, who in subsequent Tekken titles will be present almost only in small cameos, Unknown aside. How can you not love a mother who would do anything to help her prodigal son, even saving him on the occasion of the fourth chapter of the series, when despite all the pain inflicted on her by Heichima, she asks Jin to spare him during the epilogue of their battle . In short, we just have to hope that Jun returns as a leading character in the next chapters of Tekken. 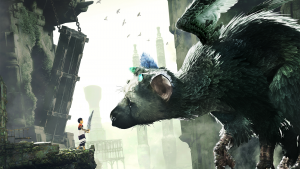 To learn more:
ICO and Shadow of the Colossus: the two faces of Team Ico

Not all mother-son (or in this case, mother-daughter) relationships are exactly idyllic. Yorda, co-protagonist (along with the guy who will give the title the name) of Ico, held prisoner in the castle where the story is set by her parent. The purpose? The Queen, now old and nearing her end, intends to use Yorda's body to cheat death, taking possession of it and continuing to live on. It's probably not the mother of the year, but basically how many times have we heard "how did I get rid of you" from our mothers? And, breaking a lance in favor of the Queen, it must be recognized that without her intervention we players would never have been able to play a title of the power (and importance) of Ico. A dirty job, but someone had to do. 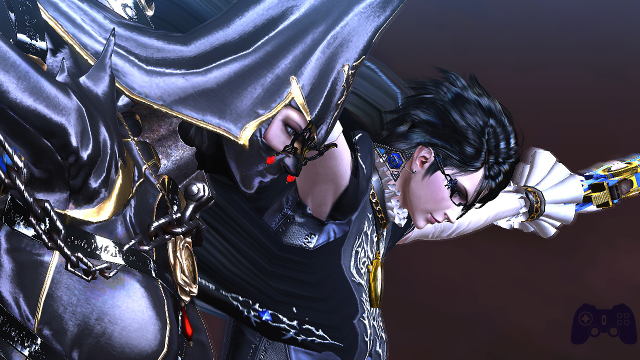 Character practically just glimpsed in the first title of the series, in Bayonetta 2 Rosa becomes an integral part of the work, both from a playful point of view - she is the third playable character in the campaign, after Cereza and Jeanne herself - and from a narrative point of view. In fact, it is essential for the economy of the game to deepen the relationship between the Witch of Umbra and Balder, the Sage of Lumen with whom he will then conceive the protagonist of the series conceived by Hideki Kamiya: a love beyond the rules, which will cost Rosa the freedom but will not prevent the Witch from devoting herself - as far as possible - to her daughter. The perfect example of how much a mother can sacrifice and to go further for his children, so much so that he even devotes his last thoughts to them before he expires.

Do you want to be a video game expert and know all the tricks, guides and reviews for your video games ? Holygamerz.com is a group of video game fanatics who want to inform you about the best tricks, guides and tips. We offer you the best information to be a reference in gaming, so here you can find guides, tricks, secrets and tips so you can enjoy your games to the fullest. Are you ready to get all the achievements of that game that you resist so much? Enter now and enjoy your favorite video game to the fullest!
Yo-kai Watch Review ❯