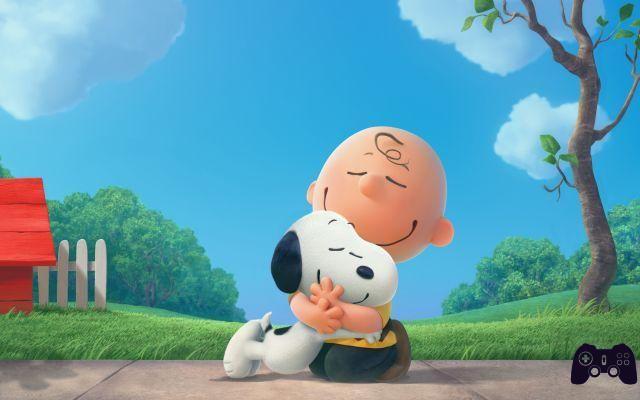 Peanuts are born from the pen of Charles M. Schultz in 1950, and were serialized daily until February 2000 when the father of the peanuts passed away leaving the orphaned world of one of the most important comics ever. This year 20th Century Fox, in collaboration with Bryan and Craig Schultz (son and grandson of the deceased artist) brings to theaters a film dedicated to Charlie Brown and his best friend. In conjunction with the return to the cinema in a new graphic format and with a formula to make them known to today's young people, last November 6 it landed in stores (physical and digital) The Great Adventure of Snoopy, licensed title distributed by Activision starring the most famous dog in the world. Developed by BHVR to PlayStation 4, Wii U, 3DS, Xbox One and Xbox 360 taking advantage of Unity, The Great Adventure of Snoopy is proposed in different price ranges (€ 49,90 One / PS4; € 39,90 Wii U / 360 and € 29,90 3DS) and appears as the worthy heir of the Disney Interactive titles of the 90's. Will it really be so?

It was a dark and stormy night

It is a sunny afternoon, Charlie Brown and his friends decide to play hide and seek and, taken by the emphasis on having fun, they leave Snoopy e Woodstock alone. What other occasion for the dog if not to give free rein to their fantasies and look for all the lost children? Thus begins Snoopy's Great Adventure which will take the little dog into jungles, ancient temples, skies, sewers, musical castles and even into space. The BHVR title uses the simple storyline to unleash their imagination and give the young player a taste of the platform genre, accompanied by Snoopy. 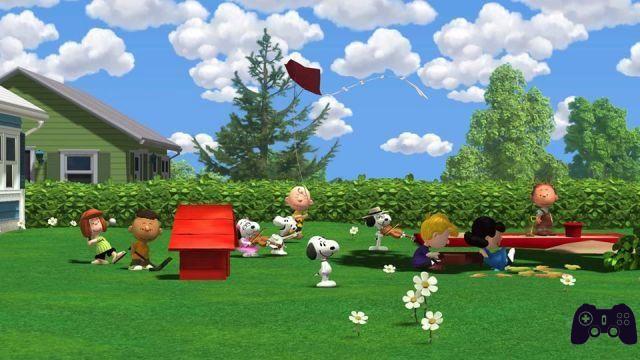 Being designed and developed for the little ones, the mature and experienced player will have no problem completing the thirty levels of the game, collecting candies and finding the missing scouts, world after world Charlie Brown's garden will be filled with all the most famous from the series, including Snoopy's brothers. Just to meet the youngsters who have just come out of the cinema, the commands of the title are as simple as possible: X is assigned the jump, and square the change of costumes (which we will talk about shortly), there is nothing else to know except that, like a new Batman, Snoopy will not kill his enemies (which are none other than children transformed into monsters) but will simply stun them by jumping on their heads, and vice versa, if the arm should be damaged, the heart just lost will float around to him it can be recovered in the following moments within the disappearance. It is also possible to face the entire game in co-operative, leaving the second player in command of Woodstock: the bird will be able to activate the switches on the screen and greatly facilitate Snoopy's already simple adventure, preparing platforms, approaching the collectibles and stunning enemies without taking damage. Co-operative is suitable for those parents who want to accompany their children during the game, helping them to collect candy and consequently complete Charlie Brown's garden.

If you have ever read a strip of the Peanuts, or you have seen an episode of the cartoon (or you have simply been to the cinema in the past few days) you will know that Snoopy is very adept at dressing up, using his imagination to create crazy stories that you would never expect from an ordinary dog. Six keys are scattered throughout the levels of Snoopy's The Great Adventure, each of which, in addition to giving access to another world, gives Snoopy a special ability via a costume. That Scout it will allow him to climb pylons and grates, as well as show him the direction of his lost companions; Astronaut will jump much higher, Joe Falchetto will freeze nearby enemies, Masked Bandit will be able to destroy fragile walls, Detective will reveal the fake walls opening new areas and finally Ace of the First World War will unlock an entire world (of which you can see one level below) flying against the damned Red Baron.

However, the costumes are not usable at will, you will need to find the specific chest in the level and change promptly according to the occasion: moreover, if you want to complete the game to the maximum, you will need to retrace the levels already completed once you have recovered all the disguises of the Bracco. The six costumes help to vary the gameplay and above all the level design of the "exploratory" levels of Snoopy's The Great Adventure, offering players who are approaching the Platform genre for the first time a smattering of what it consists of: BHVR has indulged in Snoopy's powers, especially in the space-based world, where he plays with gravity and pooch speed, showing some really successful ideas for a licensed title.
At the end of each world, Snoopy will have to face a boss in order to free the hidden child: from the fearsome Red Baron to a giant robot, this aspect of The Great Adventure of Snoopy is designed not to make the little ones lose patience.

A whole mountain of memories will never equal a little hope.

We come to the strong point of the BHVR title, which can also be appreciated by the most mature players: the visual sector. The Great Adventure of Snoopy proposes the same graphic style used in the film still in theaters, with a strong and colorful 2,5 D, developed with Unity as most of the indie productions of recent years, the whole adventure flows without bugs or defects of interpenetration. The only problem is using the Detective costume, which inexplicably will drastically drop the framerate from the dog's change of clothes onwards.
The sound sector exploits the main theme of the Peanuts animated series, and accompanying pieces not as memorable. Completely translated into Spanish, Snoopy's The Great Adventure has only one voice in the cast of voice actors: Giulio Bartolomei, who lends his vocal cords to Charlie Brown as in the cinema. 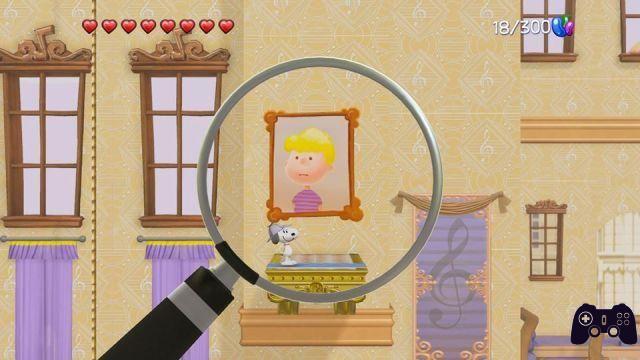 The Great Adventure of Snoopy is the spiritual heir of all those Disney Interactive licensed games that introduced the kids of my generation to the world of video games as a child. BHVR manages to pack a light and pleasantly surprising title, using the characters born from Schultz's pencil more than seventy years ago. Perhaps on the latest generation platforms the price is not advantageous, but The Great Adventure of Snoopy is ideal for players with children in tow, children who may have just met the most famous hound in the world and who want to have more after the film.

Verdict 7.5 / 10 Yesterday I was a dog ... Today I am a dog ... Tomorrow, probably, I will STILL be a dog. Comment The Great Adventure of Snoopy is a very successful title from a visual point of view and which will delight younger players, introducing them worthily to the platform genre. BHVR proves to be up to par in continuing the process of modernizing the Peanuts, in conjunction with the film in theaters. Obviously older children will find the game all too easy, but for the target to which it is dedicated, The Great Adventure of Snoopy does its duty (and if you have siblings or children, don't be afraid to add a half vote to the final evaluation). A title that does not go beyond its target, but which at the same time hits it perfectly. Pros and cons ✓ Suitable for the little ones
✓ Graphic style right x Too easy for the older ones
x Price for the PS4 and One version perhaps too high
Do you want to be a video game expert and know all the tricks, guides and reviews for your video games ? Holygamerz.com is a group of video game fanatics who want to inform you about the best tricks, guides and tips. We offer you the best information to be a reference in gaming, so here you can find guides, tricks, secrets and tips so you can enjoy your games to the fullest. Are you ready to get all the achievements of that game that you resist so much? Enter now and enjoy your favorite video game to the fullest!
Deadpool preview ❯

Add a comment from Snoopy's The Great Adventure Review