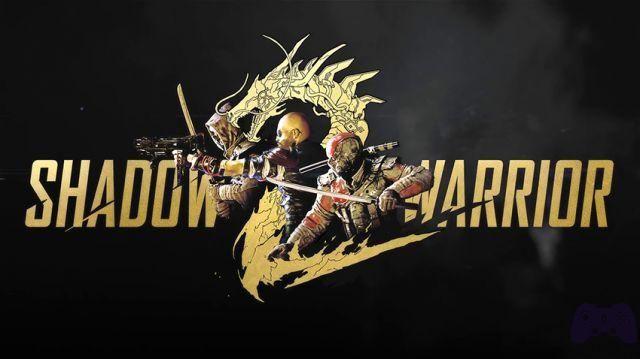 The original Shadow Warrior, one of the last exponents of first-person games that used fake 3D graphics engines (also called 2.5D), was released in 1997. Developed by 3D Realms with the same graphics engine as Duke Nukem, it could be seen. almost like his oriental version: the protagonists are both braggart, and where the Duke offered a macho American humor, Lo Wang offered one permeated with stereotypes about the Orientals. Despite the similarities of the protagonists and the similar style of play, this IP was soon forgotten, only in 2013, thanks to the development study Flying Wild Hog has been brought back to the fore, presenting it with an exceptional graphic layout and keeping its peculiar humor almost unchanged. Given the success of this reboot, a sequel has been announced for release by the end of the year, we at I Love Videogame have been invited to try it for yourself.

From the east with the van

Once we grabbed the mouse it was immediate to notice how a Lo Wang greater speed in movements and immediacy in controls has been given, the selection of weapons is intuitive, and the simplification, in a good way, of the special abilities of the melee ones immediately makes the action even more frenetic and fun. After a brief introduction to the controls, we are introduced to Lo Wang's teacher, an elder of color with a very particular name (we want to leave you the surprise) who will send us immediately on a mission. The maps are immediately extremely less linear, not only horizontally, but also vertically, in fact there will often be differences in height that we could take advantage of to surprise our enemies or to get around them. The abilities of the previous chapter have been revived with some new juicy additions, the weapons section has been polished, and in addition to presenting new types, including the chainsaw, able to realistically cut enemies at the moment of death (a little as it happened in Metal Gear Rising), some of the new weapons will merge two different types, such as the katana with a power saw or the double katana with blades capable of emitting waves of energy. The weapons can also be upgraded with artifacts capable of providing upgrades and bonuses to the type of damage (electric, incendiary, poisonous, etc.) but also to provide unique effects such as holding a weapon in each hand in exchange for a longer reload time. , directly improve the characteristics of the same such as less recoil or dispersion of the bullets and even to make the bullets armor-piercing.

The shadow of the warrior

A further and particular addition lies in the introduction of cooperative multiplayer up to 4 people, structured in drop-in drop-out mode, each player will see himself as Lo Wang, while the others as generic ninja. The missions will be the same as in the main game, and as the number of players increases the game will gradually increase the AI ​​of the enemies, in order to keep the difficulty constant for each player. While we have not been able to try this mode directly, we can be confident that this introduction will ensure a new level of fun: who will be the best to destroy enemies in the most creative way? Between acrobatic actions made of spectacular weapons and flashy powers with neat graphic effects, who will prove to be the most skilled Shadow Warrior? We will find out this winter.


Comment Shadow Warrior 2 surprised us with a rich and varied weapon system and maintaining that humorous side that made the first chapter a worthy eastern rival of Duke Nukem. Flying Wild Hog seems to be comfortable with this IP and we hope the final result is as fun as what we experienced during Gamescom 2016. Pros and Cons ✓ Weapon system
✓ Humor similar to the first chapter x Multiplayer mode to check

Do you want to be a video game expert and know all the tricks, guides and reviews for your video games ? Holygamerz.com is a group of video game fanatics who want to inform you about the best tricks, guides and tips. We offer you the best information to be a reference in gaming, so here you can find guides, tricks, secrets and tips so you can enjoy your games to the fullest. Are you ready to get all the achievements of that game that you resist so much? Enter now and enjoy your favorite video game to the fullest!
News [RUMOR] Batman: a new title in the Arkham saga in the works? ❯

The Legend of Zelda preview