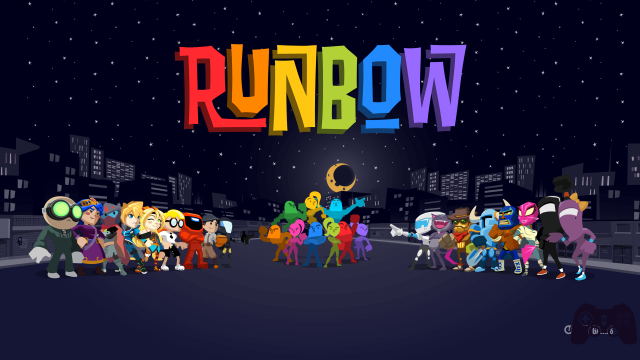 Present among the Indies of the Nindies @ Home project launched by Nintendo last June on the occasion of E3 2015, Runbow he presented himself as a nine-player runner, locally and online for quick games based on an abnormal way of using color. One week after the American release, last September 3, the title of 13AMGAMES is the first of nine to hit eShop digital shelves, exclusively on Wii U at a starting price of 13,99 € with a 15% discount until October 3rd for those who downloaded the demo in early summer. Will he or won't he be able to stand out in the chaos of independent titles that populate Wii U?

Once the full version of Runbow is launched, you will be hit by a wave of colors, each representing a different mode: while the June demo seemed to offer only an extremely particular platform runner, 13AM Games amazes by offering a varied and above all fun mix of gameplay. Before focusing on the different modes, it is necessary to explain the gameplay of Runbow, or at least the basic rule that surrounds all seven game disciplines: the functioning of colors.

a mix of varied and above all fun gameplay

The 13AM Games title puts players in competition with each other, challenging them to see who arrives first at the end of the level by jumping on colored platforms and fighting each other in the meantime; so far nothing new, except that different colors flow in the background of the environment that can make platforms or obstacles disappear when they overlap them. If you don't see it on the screen, the platform doesn't exist, and the unfortunate player who thinks otherwise will soon find himself in the afterlife. The change of background colors can be of different types: from one with variable time, to striped (horizontal or vertical) perpetual motion, up to waterfalls or moving lights that will literally erase the platforms from under your feet. . This innovative way of playing a platformer and / or a runner completely transforms the gameplay of Runbow with every match played, whether alone in Adventure mode, or in a group (locally and online).

It is from the Adventure mode that we begin to sing the praises of Runbow: life in the Poster District is simple and fun, Hue e Wave, with their friends all identical in appearance they run for glory and to become the hero of one of the four districts. Saturated, an enemy of colors and black and white silhouettes, decides to put the world of the two heroes on fire, who will be forced to run to save the city one level at a time. The player will therefore be faced with a huge grid of levels (144 total) that will become available by completing the adjacent ones, each one will offer a challenge of different difficulty: from reaching the trophy to collecting a total of coins, up to eliminating a certain number of enemies, all with opponent on timer. Depending on the time of completion they will earn from one to three medals, thus filling the bank with Town Poster that will reward you with artwork, costumes for Hue and Val and in certain cases even with the guest stars of the game (which we will talk about later). Runbow's Adventure mode offers a growing challenge suitable for all lovers of two-dimensional platformers, in addition, every time you die the title will make fun of you with sour and ironic phrases. 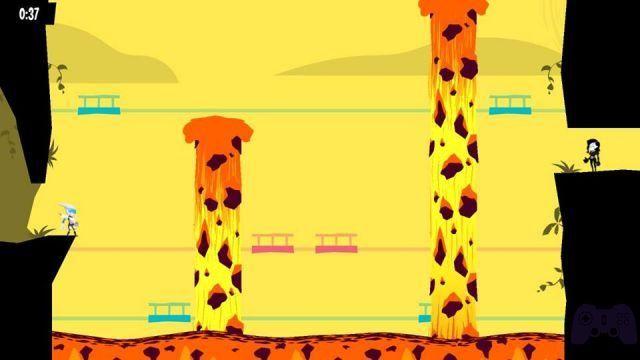 If the levels of the Adventure mode seem too little to you, here comes the rescue Bowhemoth, huge monster that will swallow our heroes and force you to overcome an indecent number of levels of increasing difficulty (the most difficult challenge of the entire title) without being able to interrupt the session and being forced to watch a counter of deaths grow inexorably (up to 200, then it will disappear because you will be defined too casual for this mode); once completed you can consider yourself the Runbow champions in every way and try your hand again to improve your record.

After having talked about the two single-player modes (which can also be faced in company), let's focus our attention on the other four multi-player challenges, each able to give laughter and moments of pure competition, always taking into account the color rule of we talked about at the beginning. In To run, as can be guessed, you will have to reach the tr 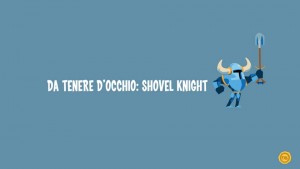 ofeo before the other players, to do it everything is valid, including the use of different power ups that could also complicate the race: from "Mimica"Which turns all players into your character,"Stop"Which will slow down the passage of time,"limelight"Which reverses left and right and flips the screen 360 °, passing through"Super Shot"Which gives you an Instant KO of hit opponents,"Discolour"Which renders everything black and white (to Satura's delight),"Lightning"Which will hit all opponents, and"Swap”Which reverses your position with another random player on the screen. Before taking the field you can choose the number of rounds, the palette of colors that will alternate in the background and the handicap for the players but remember that once Runbow, if you die during a level you will not be regenerated until the next challenge. Mode follows Sand, which turns the entire 13AM Games title into a sort of Super Smash Bros. 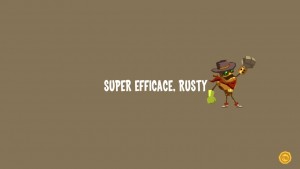 Indie (especially thanks to the numerous Guest Stars) and in which the goal is to remain the last survivor, sending opponents into the obstacles or out of the field thanks to the Power Ups, also here the same customizable rules and the law of the dominant color. King of the Hill it is very similar to the Arena, but the goal is to stay for 8 seconds on the pedestal of the crown, if you are dethroned, you can restart from where the countdown left off, also this is the only mode of Runbow in which you can die and regenerate yourself. Finally let's talk about Master of Colors in which the player in possession of the GameDad will face the other opponents (from one to eight) in a number of rounds decided initially, unleashing various obstacles such as bombs, enemies, splashes of color or reversing the controls via the touch-screen. If even only one of the players makes it to the Trophy, the round will be won by the runners, otherwise if all of them succumb to the Master's traps, the point will go to the latter. With these six modes Runbow is fun alone but unmissable in multiplayer with friends, thanks to a gameplay that mixes the cards on the table and offers many hours of pleasant fun.

1 2
Do you want to be a video game expert and know all the tricks, guides and reviews for your video games ? Holygamerz.com is a group of video game fanatics who want to inform you about the best tricks, guides and tips. We offer you the best information to be a reference in gaming, so here you can find guides, tricks, secrets and tips so you can enjoy your games to the fullest. Are you ready to get all the achievements of that game that you resist so much? Enter now and enjoy your favorite video game to the fullest!
Switch Special: The living room in the palm of your hand ❯