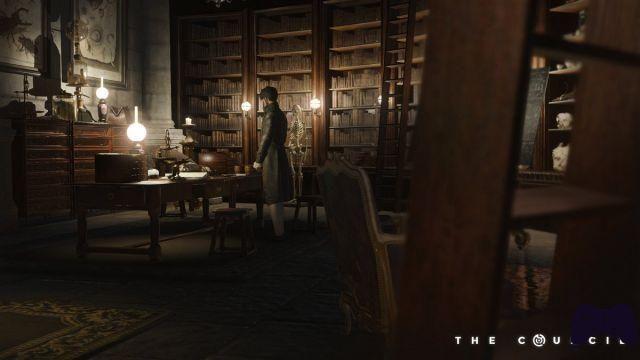 Understanding what to fix and do it during construction is never an easy job, but with this second episode of The Council the guys from Bad Wolf Studio have certainly succeeded.

In an industry that presents new products almost every week, it is increasingly difficult to succeed in the intent to evolve a language and to do so while maintaining a certain continuity with the past and, at the same time, looking to the future. In the panorama of those narrative titles called, in jargon, "walking simulator", we have noticed in recent years a general flattening of the gameplay, with development teams that have made the narrative the one and only focal point of their production. With the arrival of The Council on the market, the guys from Bad Wolf Studio they showed everyone how to innovate, without misleading a specific style of play and, despite some technical uncertainty, we can say that we were extremely satisfied (find our review here). A few weeks later, the French team released The Council Episode 2: Hide and Seek, containing the second part of the adventures of Louis de Richet. Will our expectations (now very high) have been fulfilled or have we “sung victory” too soon ?!

The guys from Bad Wolf Studio showed everyone how to innovate, without misleading a specific style of play 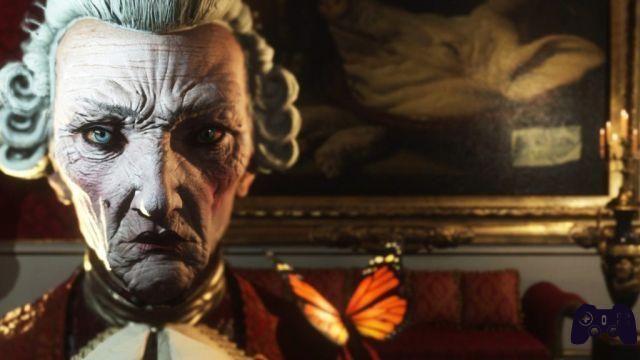 Once again every single dialogue is interesting and well written

The plot of this second episode of The Council picks up after the twist of the last chapter, with one of the characters dead under mysterious circumstances. obviously our review does not contain any kind of spoilers, but suffice it to say that the first of the three acts that make up Hide and Seek takes place all around this event, while the other two will concern the disappearance of Luis de Richet's mother, the trigger for the whole story. Once again every single dialogue is interesting and well written, with the addition of consistent differences between one storyline and another due to the great variety of narrative choices that the player can take during the adventure. We particularly appreciated all the possible solutions of the first act which, based on how we will behave with the various NPCs, can lead us to the solution of the case, but also to a stalemate. The general longevity of Hide and Seek is slightly lower than that of the first chapter, but still reaches the three hours necessary to settle on the average of this type of production. In conclusion: if the first chapter seemed to start in the best way, this second episode confirmed all our excellent impressions. The Council is a series that all lovers of story driven productions should recover as soon as possible.

In a subtle balance between dialogues and puzzles

Furthermore, all the puzzles present in the game turn out to be well reasoned

Once again the gameplay di The Council hybrid to perfection mechanics related to the dialogues, with multiple choice answers derived from the more classic Telltale titles, and an innovative skill system very close to role-playing games such as Dungeons & Dragons. Each point that we are going to spend within our "skill tree" will outline a character that is increasingly specialized in some areas and less in others, forcing us to make certain decisions during the story to find ourselves at an advantage over the person with whom we will be speaking. This automatically helps to pay off The Council is an extremely replayable product, as each run can be tackled in different ways based on which type of Luis de Richet we would like to define. All the puzzles present in the game, moreover, are well reasoned and, although not impossible, they force the player to put the gray matter in motion to move on to the next section. We point it out in this paragraph as it is of fundamental interest to non-English speakers: the game is made in English that is not always elementary, so if you are not accustomed to this language, think carefully about purchasing The Council, since there are entire sections based on reading ancient texts and on the need to understand puns to overcome some puzzles.


The improvement you don't expect

Do you remember the review of the first episode of The Council (if you haven't read it, click here), when we talked about the technical flaws ?! Well, the guys from Bad Wolf Studio seem to have listened to all the criticisms and this second chapter, beyond some slightly woody animation, presents a completely adjusted technical sector. More defined polygonal models, no bugs of any kind, no frame drop and generous reduction of any type of scaling make The Council Episode 2: Hide and Seek a decent title and, although not exciting, capable of rivaling the average of this type of productions. It's just a pity that the sound sector, curated and varied in the last chapter, is now slightly undertone, with a discreet dubbing, but with a repetitive soundtrack with no real bite (although some songs are the same as heard less than a month ago). Hopefully the developers will be able to fix these little nuances in the next three episodes.

Verdict 8.5 / 10 Don't trust anyone! Comment With this second chapter of The Council, the guys from Bad Wolf Studio have shown that they are a team capable of listening to criticism and making the necessary changes to create a respectable product. A less varied soundtrack than the first chapter and a lower longevity still do not allow him to reach total excellence, but we admit we are hopeful regarding the next episodes. After all, at a narrative and playful level, we are already talking about a product capable of conquering anyone who has the courage to get their hands on it, provided, however, that they have a good knowledge of the English language. Pros and cons ✓ Narratively interesting
✓ Addicting gameplay
✓ Technically improved x Slightly subdued sound sector

Do you want to be a video game expert and know all the tricks, guides and reviews for your video games ? Holygamerz.com is a group of video game fanatics who want to inform you about the best tricks, guides and tips. We offer you the best information to be a reference in gaming, so here you can find guides, tricks, secrets and tips so you can enjoy your games to the fullest. Are you ready to get all the achievements of that game that you resist so much? Enter now and enjoy your favorite video game to the fullest!
Inazuma Eleven Strikers Review ❯

Add a comment from Review The Council Episode 2: Hide and Seek - Weekend with the dead