Review I'm ashamed of writing a review for Death Stranding 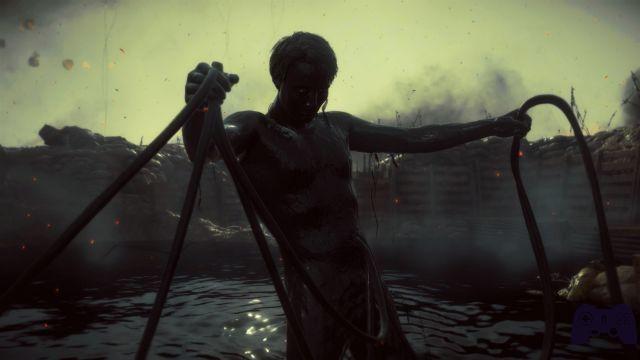 But do I really have to write it, a review of Death Stranding?

Once, there was an explosion ...

There was once an explosion, a blast it generated video games as we know them today. The survivors still bear the marks, even twenty years later. The decay time was not enough, the radiation is still there, in the air, ready to burn our lungs with every breath.
At one time there was an explosion, a blast that triggered a chain reaction. An awareness, the mass extinction that becomes an opportunity to evolve.
And then came the next explosion.

Involved in the outbreak, I can't help but feel ashamed.
I'm not ready, I can't be.

Don't Be So Serious.
Hideo Kojima begins Death Stranding like this, with the same notes as this review. It is his most courageous product, the first step that he - new Sam - is taking in a huge and frightening world, as only freedom can be.
How can you not be so serious in front of such an event? For many of us, Death Stranding is a singularity expected for three years. One of the most influential game designers of his generation who gets naked, engraves on Blu-Ray what in another era would have been a Manifest. 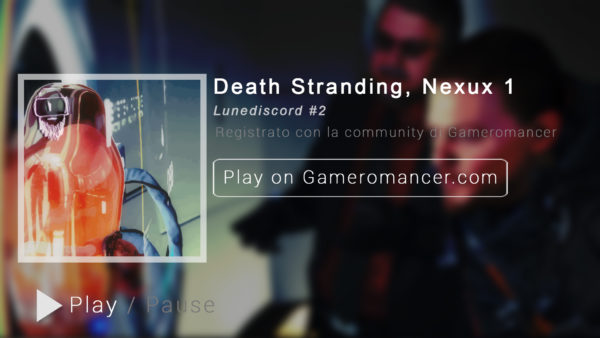 But maybe that's the idea, maybe it's the world that takes itself too seriously. Not having understood that on the way to Homo Ludens we got lost, diverting the path to Homo Demens. We have begun to take the game too seriously, and we expect to find some game always. Perhaps Death Stranding is just that, a video game that doesn't take itself too seriously and, thanks to this mindset, is aware that it doesn't necessarily have to be playful. Why Sam is a Medioman, a being who, with the exception of his ability to resurrect after a game over - pure videogame language - could be one of us. Even if we don't decide the name by inserting it to a terminal.

A man who wants to remain alone at all costs, but who on the way realizes that this is precisely the melting pot of all evils. Which are the ties, the ropes that hold the world together, even on the threshold of mass extinction. A connection can make the difference between getting the help you need and letting yourself die. Regardless of how bland this may be (or seem). The pin around which Death Stranding revolves is just that: alone we can at most survive, together we can also rebuild a road that crosses the United States from coast to coast. In a week of collective game.

Although the game was told not to be there, in some other Death Stranding review. Even if in fact, compared to the classic trappings, one does not shoot and kill and loot. Yet we remain there, indomitable in front of a product that we have been whispered to be disappointing and which in fact is not a video game in the traditional sense. And it's not - it can't be - just a cult for an overrated developer, if it gets to levels of socially useful collective psychosis. If a thousand decide not to go on with the experience, sacrificing their time, just to build roads.

Think about what we could do if we always had this attitude.
If God had been a better designer. If man were for himself.

Asylum For The Feelings.
A real madhouse for feelings. Because the game is difficult and often seems to want to do everything to be perceived as such, but the other side of the coin sees us in collati for hours and hours and hours at the controller.
He sees us mulling over what we have experienced behind the screen, when finally we are no longer in front of us, busy with the obligations that life puts before us. 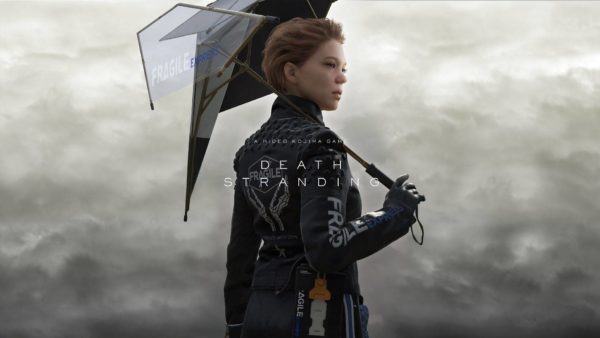 The same asylum that, at the sunset of Hideo Kojima's relationship with Konami, left the Japanese only with those connections that have become central in Death Stranding. Norman Reedus, Guillermo del Toro, Junji Ito… What remains of Silent Hills, essentially. Kojima starts from here, and also talks about it openly in the promotion phase of the game. Become indie, are the only ties that remain. It is the phase preceding the umbilical cord that will lead Death Stranding to be a PS4 exclusive (temporal) and to use the Horizon Zero Dawn engine, the one where Death Stranding is a simple pre-rendered computer-graphics movie.

Time will prove that Kojima is wrong: there is another connection he has, one he does not think about, perhaps out of superstition, perhaps out of modesty. Or maybe out of fear. The one with his audience, the survivors of the explosion who perceive the red thread that binds them to the Japanese designer also in Death Stranding. The bomb after the interrogation of the first Metal Gear Solid, the final fist fight of Guns of the Patriot. The ending to swallow all in one breath, in a single solution, of Sons of Liberty. Even the echo of that Sagrada Familia which is The Phantom Pain, because unequivocally Death Stranding takes up approaches and expands Kojima's political-social vein, which the banks collapsed he can really talk about what he wants. The result is a product mammoth, which returns to the player the commitment body and soul, Ha and Ka, which the development team but put on disk.

Nothing is left to chance and every theme introduced, even in some second-rate textual document inserted in-game, is functional to tell a story. To build a world. Science, and astrology, and history: all together to build a crazy background, an internal coherence that leaves you speechless. A context where then breathes an original story that tells us a sort of deja-vu, a cover of Neon Genesis Evangelion which, however, we perceive very different from the original version. It has its own dignity, played by the musical instruments of the video game.

That Kojima who too often is reduced to a director, here goes beyond directing.

Easy Way Out.
Metal Gear Solid 4 is often referred to as a movie with marginal gameplay. In Death Stranding, on the other hand, the cutscene unit is broken and then remastered using the language of the medium, which is interaction. From the simple, from having to press a button to continue, to the complex, to design ideas that stimulate lateral thinking with a mastery that only in Kojima it is found expressed at this level. He is guiding lights, even in death, brought to the maximum terms.

Every single like left to other structures becomes a speaking element, a tangible sign of those connections we're talking about from the title announcement. Something that will ultimately have consequences, a snowflake that falls in the right place and generates an avalanche. It is theBeyond pain, something a traditional director doesn't have to deal with. If a great video game has to deal with this to be recognized as such, Death Stranding does. It is not a simple exercise in coherent writing, it is not enough to simply shoot a few scenes putting the actors in front of the camera. The player is the God Particle, which envelops all creation and interacts with it with the aim of defeating it.

That's why the lockers remain separate from each other, preventing players from taking advantage of conventional game mechanics to more easily complete a delivery. Because the rain timer, if you don't regularly maintain your own structures or those of others, takes them away. Here because it really doesn't make sense add more, to this Death Stranding review: explain the tricks of a ne illusionist demeans the meaning evaporates that residual magic that now only mystery and misunderstanding can give. The only advice that makes sense to give, to prepare for the number, is to play everything in the original language.

During the adaptation, something is inevitably lost ...

If we are vague here, in the meantime on Holygamerz.com the end of the game is laid bare in all its details.

Verdict 9/10 We are lucky to be able to tell it Comment See the sunset
The day is ending
Let that yawn out
There's no pretending ... Pros and Cons ✓ I will hold you
✓ And protect you
✓ So let love warm you
✓ Till the morning x I'll stay with you
x By your side
x Close your tired eyes
x I'll wait and soon
Do you want to be a video game expert and know all the tricks, guides and reviews for your video games ? Holygamerz.com is a group of video game fanatics who want to inform you about the best tricks, guides and tips. We offer you the best information to be a reference in gaming, so here you can find guides, tricks, secrets and tips so you can enjoy your games to the fullest. Are you ready to get all the achievements of that game that you resist so much? Enter now and enjoy your favorite video game to the fullest!
Deus Ex: Human Revolution review ❯

Danger Scavenger | Review: between top down shooter and roguelike