Problems with the camera and how to fix 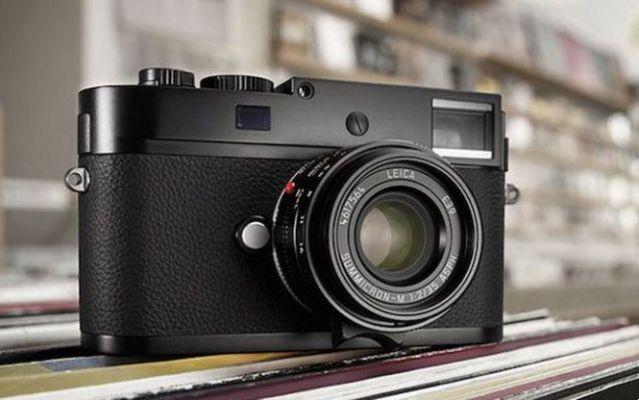 Few things are as frustrating as when yours digital camera does not work. This type of problem can manifest itself in various ways. Maybe there camera does not turn on o it won't let you take the exact type of photo you want to take. Maybe you can't control a camera aspect that you thought you could set. Or maybe the resulting image quality isn't quite what you expect.


Some problems are extremely complex, or you may even need to take your camera to a shop for repair. Other problems, however, are extremely easy to fix if you know what to do. Find out how to fix camera problems with these easy-to-follow tips.

The problem: the Perspective distortion makes straight, parallel lines appear as if converging.


The cause: this type of distortion naturally occurs when objects closest to our eyes (and our cameras) appear larger due to their proximity.

A less expensive option (and the one that tends to produce better results) is to use Photoshop to gently adjust the amount of distortion.


2. The camera does not turn on

Also, did you drop your camera recently? If so, you may have drained the battery. Some cameras will not turn on if the battery compartment latch is loose.

3. The camera does not save photos

Make sure you've selected a photography mode with your camera, rather than a playback mode or video mode. If the camera battery is low, the camera may not be able to save photos.


Also, if the camera's internal memory or memory card is full, the camera will no longer save photos.

With some cameras, the internal software allows you to save only a certain number of photos on a single memory card due to the way the software numbers each photo. Once the camera reaches its limit, it will no longer save photos. (This problem is more likely to occur when an old camera is paired with a new, large memory card.)

Some cameras contain a “monitor” button, which turns the LCD screen on and off; make sure you have not accidentally pressed this button.


It is also possible that the camera has frozen, leaving the LCD screen blank. To reset the camera, remove the battery and memory card for 10 minutes before trying to turn the camera on again.

The problem: the corners of your photo look darker than the rest of the shot.

The cause: Although vignetting can be used as a creative tool to add drama to a shot or to help orient the viewer's eye towards the center of the frame, when vignetting occurs by accident, it is typically due to the lens capturing the images. own edges. Wide angle lenses are known for vignetting, particularly at large apertures (e.g. f / 1.2, f / 1.4, f / 1.8, etc.).

The solution: one solution built into the camera is simply to avoid using the lens's larger apertures. You can easily determine the aperture at which vignetting is no longer a problem by taking a series of photos, starting with the largest aperture available and moving down one point for each image until you no longer see the vignette.

6. LCD is difficult to see

Some LCDs are very difficult to see in direct sunlight. The glare of the LCD makes it almost impossible to see images. Try casting a shadow on the LCD using your hand to make it easier to see the LCD in direct sunlight. Or, if your camera has a viewfinder, use it to frame your photos in bright sunlight, rather than using the LCD.

It is also possible that the LCD is simply dirty. Use a dry microfiber cloth to gently wipe the LCD screen.

Read also: How to measure the distance to an object with the smartphone camera

The problem: theChromatic aberration, also called fringing, causes bright colors - typically purple, green, or red - to appear around the edges of elements in a high-contrast photo.

The cause: yes fringes occur because the lens is unable to focus all wavelengths of light on a single focal plane.

The solution: some lenses are specially made to minimize chromatic aberration, although this is an expensive solution.

8. The photo quality is poor

If the quality of the photo is poor, it is not obvious that the problem lies with the camera. You can improve the quality of your photos by using better lighting, correct framing, good subjects, and sharp focus.

If your camera has a small built-in flash, you may have poor results in low light conditions. Consider shooting in fully automatic mode to allow the camera to create all the settings, making sure you have the best chance of creating a well-exposed photo. Shooting at a higher resolution doesn't guarantee better photos, but it can help.

Make sure the lens is clean, as smudges or dust on the lens can cause image quality problems.

If you are shooting in low light conditions, use a tripod or use the camera's image stabilization feature to reduce camera shake. Otherwise, try leaning against a wall or door frame to stabilize yourself and avoid camera shake.

Finally, some cameras don't work well, especially if they are older models that have been dropped once or twice. Consider buying a new camera if you've had it for a few years and if the image quality suddenly drops after a drop.

The problem: the barrel distortion makes straight lines appear curved and images appear to have rounded edges (like a barrel). Also, the center of the photo looks puffy and is larger in the frame than the edges of the shot.

This effect isn't typically desired unless you're using a fisheye lens to intentionally get that distorted look.

The cause: the barrel distortion is generally caused by the combination of being too close to the subject and using a large focal length.

The solution: adjusts the positioning to be further away from the subject. To still get a closer view, use a longer focal length lens so you can fill the frame with the subject more easily.

Problems with memory cards and how to fix ❯