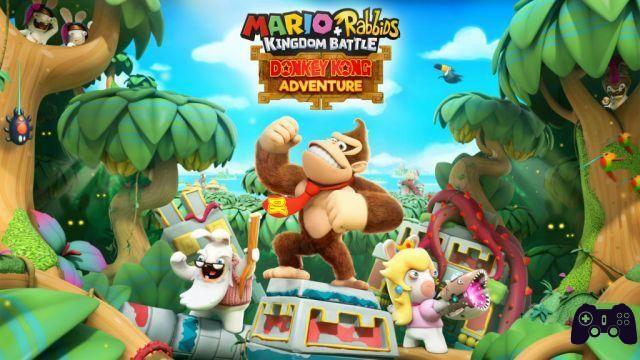 We put our heart into this work, I hope gamers can understand it and see all our passion.

These are the words that Davide Soliani, creative director of Ubisoft Milan, expressed during the interview that we reported on our pages. During the same event we had the opportunity to try out the new downloadable content of Mario + Rabbids: Kingdom Battle. Donkey Kong Adventure, the DLC coming in June, which will put us in the shoes of the iconic gorilla grappling with the hateful rabbids. In the hour and a half at our disposal, for which we would like to thank Ubisoft, we were able to test everything possible without any limit (if not that of time) and we are ready to tell you things from the other world. 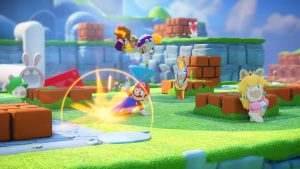 A washing machine will change the world

The DLC is the same, but similarly different from the main game

After the great surprise that we found ourselves in front of last August there was a lot of curiosity to discover the plans of Ubisoft Milan for the title. The answer was revealed to us almost immediately: Donkey Kong Adventure is the same but equally different from the main game. The whole adventure takes place right after the end of the first world, the first boss has been defeated and tries to retreat sadly. Shortly thereafter, however, he meets the washer-time machine that brought the rabbids to the mushroom kingdom and decides to use it by causing Rabbid Peach to end up inside it too. Various minor rabbits and the pretend-princess herself thus find themselves on an island where they meet Donkey Kong and Rabbid Cranky. The goal of our heroes is to rebuild the washing machine to allow Rabbid Peach to return to the original group and continue the adventure in search of Spawny. In the presentation that preceded the game session we saw the enormous work that has been done by Ubisoft Milan to differentiate the various settings. These, in fact, break away from the style of the main game and, indeed, are very reminiscent of those seen in the titles dedicated to the monkey with the tie. With our group, in fact, we will throw ourselves in villages, beaches and forests in search of the pieces of the washing machine, also facing new types of puzzles. The development team assured us that they have been working hard on a new set of both mandatory and optional environmental puzzles. The latter, as in the main game, will allow us to have better weapons available to face enemies.

One of the focal points of the experience turned out to be the combat system. This is because, as Davide Soliani revealed to us,  it has been rewritten almost entirely by the development team to better implement all the new features. The first is, of course, Donkey Kong who possesses the unique ability of being able to gather allies, enemies or cover and then be able to cast them. Thus creating interesting combos with his teammates. In fact, for example, Rabbid Cranky can be picked up by the ape and thrown over enemies to activate his special ability: being able to fire a shot in flight with his stick-shotgun. Once launched, the character can still use his turn to move and therefore it is possible to make him cover great distances. This is also thanks to some platforms included in the maps, usable only by DK, which allow him to switch from one side to the other, essential in some situations. As in the main game, in fact, the objectives of the various battles will be different. It goes from destroying all enemies to picking up pieces of washing machine owned by the enemies or destroying virtual bananas. The situations are varied, as well as the possible solutions made available to the players. Within our test we were able to face some battles and each one could be solved in a different way using the best skills of DK or Rabbid Cranky real MVP of the content. One thing we noticed right away is the difficulty of the DLC which does not seem consistent with that of the main title. During our test we faced enemies that perfectly linked skills and attacks in a similar way to what happens in the endgame. Surely this is one of the points to be analyzed in the review, but we are sure that the team will be able to balance this factor well during the last stages of development. 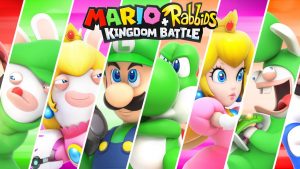 Comment After our one and a half hour test we left the Ubisoft Milan studios satisfied. This is because we were able to see once again the love that Davide Soliani and his team feel towards their creature. The entire content puts us in the shoes of Donkey Kong, Rabbid Peach and Rabbid Cranky while keeping the spirit of the main adventure intact but, at the same time, changing the cards on the table. The combat system seems to have been refined by adapting the characteristics of the ape with the tie to those of his supporting characters and giving greater tactical depth within the fights. There will certainly be assessed, in the finished product, how this balances within the combat system without, however, unbalancing it too much. Pros and cons ✓ Donkey Kong's spirit is fully felt
✓ The three protagonists blend perfectly
✓ Combat system reworked and at first glance great x The difficulty curve doesn't seem to be the best

Do you want to be a video game expert and know all the tricks, guides and reviews for your video games ? Holygamerz.com is a group of video game fanatics who want to inform you about the best tricks, guides and tips. We offer you the best information to be a reference in gaming, so here you can find guides, tricks, secrets and tips so you can enjoy your games to the fullest. Are you ready to get all the achievements of that game that you resist so much? Enter now and enjoy your favorite video game to the fullest!
Special E3 2019 Announcement Summary ❯