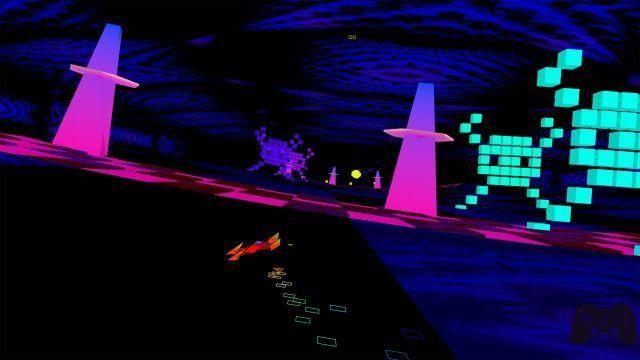 It's 1981, the video has long since killed radio stars and a mysterious cabinet appears in Portland, Oregon. A few games are enough to start suffering from amnesia, stress, nightmares and (above all) loss of interest in any other video game. 36 years later, Polybius is back and is ready to - finally - subjugate the entire gaming population of the planet.

What you have read a few lines above is not the opening words of some novel, the plot of an upcoming video game or one of our Ludic Tales left for a tangent. No, the story of Polybius it is true, even if not in the way you would expect: it is in fact an urban legend that has as its ingredients this elusive cabinet capable of upsetting the player's psyche, a software house (behind the development of the game) with the eloquent name of Sinneslöschen - “clear mind”, in German - and of the men in black who cyclically collected data and scores from the machine for purposes not better identified, but certainly shady. But it was inevitable that sooner or later someone would really develop Polybius, and having to choose what better name than that of Jeff Minter, with a curriculum full of arcade productions and known for its psychedelic products?

It's not a game for everyone - really

We are now used, after years and years of pad in hand, to warnings that once the title of the moment is started (in the case of Sony, even just launched PS4) warn of the dangers that run while playing some particularly sensitive subjects. Polybius, however, immediately plays to the upside: it is not a game for everyone from the first start, given the use that is made of shapes and colors, and in essence the Llamasoft title asks the player a formal acceptance of the risk, forcing him to open two pages dedicated to the inherent dangers in Polybius and to confirm acknowledgment in both cases. And the great thing is that it is not a habit or a scenic gimmick: Polybius is really messed up, colorful and hallucinating, and therefore the photosensitive and epileptic subjects really run risks once everything is started.

In short, Polybius has been designed without the slightest respect for all the regulations in force when it comes to User Experience. But it also has flaws.

The final result? Especially if you play everything via PlayStation VR, when after completing fifteen levels it comes off, a feeling of vague vertigo arrives on time, of slight overwhelm. A journey, but closer to something that could arouse a hallucinogenic substance, compared to the meaning that usually when we talk about video games is attributed to the word “journey”. Precisely for this reason, although the game is absolutely playable - and crazy, as we mentioned and we will see better shortly - even in traditional mode, PlayStation VR in the case of Polybius plays a main role, becoming a very heavy added value precisely because Virtual Reality catapults the player "into" the game, in the middle of this trip out of any rules and canon. In conclusion, the perfect product to use as a spot for technology, to make all skeptics understand what the advantages of a marriage between video games and VR can be right now. 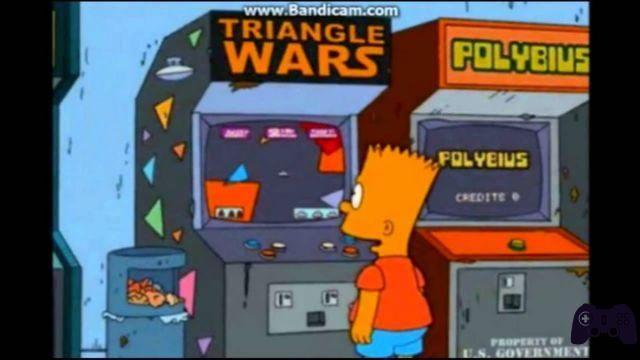 We will avoid saying that The Simpsons predicted this too

I don't know what I'm doing, but the score goes up

How is Polybius pad in the hand? We are not sure. Really

But what happens once you start playing Polybius? After spending more than a few hours in the company of Jeff Minter's creature, we are not yet sure if we will be able to answer. Yes, it's a vector shooter (is there anything that screams arcade more than these words?) Where you control a ship within a scenario by moving it left and right, or shooting. But each level - the game offers 50 - is a world unto itself, with a different design and internal rules, where the developer has put in just about anything that crossed his mind, from quotes to William Gibson's Neuromancer to fried eggs that must be chased and destroyed. And as if this were not enough, as if the fact that the screen is literally crammed with polygons, lines and colors (enough to often hide the indicators on the screen) was not already destabilizing enough, Polybius by its very nature lets leak only one vague perception of what is actually happening on the screen, letting the player approach the various levels not fully aware of what he is doing. In theory, the aim is to shoot at the obstacles that appear on the screen (or to avoid them) while at the same time passing through some portals that increase the speed of the shuttle. In reality, however, having already crossed the first portal, the speed of the vehicle becomes such that it is not possible to realize - not with the level of "awareness" that video games usually present - of what is happening. In practice, you continue shooting, in order to keep the score indicator high (Polybius from time to time informs us of what is the percentage of accuracy achieved) and above all to crash. Because every time you crash, in addition to losing a shield (the equivalent of the concept of life) the speed drops drastically, really giving the feeling of having done something wrong and destabilizing the gaming experience equally and opposite. And the feeling of being therefore inside a continuous hallucination, in a continuous one-two between graphics and gameplay that leaves only so much disorientation, but somehow cultivates a mysterious and perverse charm that someone can hardly resist. Definition that it is no coincidence that it also fits perfectly for drugs.

Lucy in the Sky with Diamonds

From the point of view of performance, except for the dissolute and disrespectful attitude towards the interface held by the production, Polybius is flawless: the promise of 120 frames per second (yes, 120) is maintained both in classic mode and in VR, and everything is "scalable" up to 4K in terms of resolution. It is a bit easy to win, given that we are talking about a title with vector graphics that certainly does not engage the hardware of the PlayStation 4, but it is all at the service of what is the mood of the production, and consequently you can not fail to say that Jeff Minter's hallucinatory dream does not appear extraordinarily lucid on home TV.


Verdict 8/10 But what the f *** am I playing at? Comment Up to now, we have already used the expression "not a title for everyone", and we will certainly continue to do so. Yet we are sure that it is very unlikely that any other title will embody the concept better than Polybius: it is a "dirty" game, beyond all logic and that has no respect for the player's retinas, but despite these desired and exaggerated defects - or perhaps , thanks to these - it is a game that leaves behind a strong imprint of itself, which is not limited to having character but which really manages to bring the player into a hallucinating and hallucinating world that will never be completely left behind. All using only 172 MB, about 10 cents for every megabyte that we recommend you spend without a doubt. Maybe then Polybius is not for you, but you had to try it at least once. Pros and cons ✓ Absolutely insane
✓ No respect for the player's retinas
✓ It is at its best with PlayStation VR x Absolutely insane
x No respect for the player's retinas
x It is at its best with PlayStation VR

Do you want to be a video game expert and know all the tricks, guides and reviews for your video games ? Holygamerz.com is a group of video game fanatics who want to inform you about the best tricks, guides and tips. We offer you the best information to be a reference in gaming, so here you can find guides, tricks, secrets and tips so you can enjoy your games to the fullest. Are you ready to get all the achievements of that game that you resist so much? Enter now and enjoy your favorite video game to the fullest!
News Final Fantasy: Crystal Chronicles Remastered, coming this winter ❯