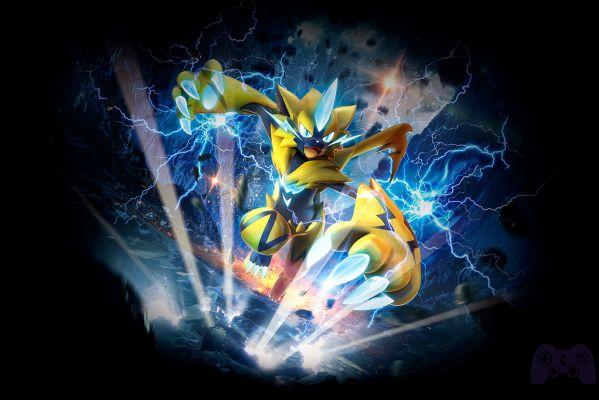 Let's go back to talking about the Pokémon Trading Card Game with the expansion available from November 2nd: Lost Thunder.

210 cards available, make Lost Thunder the largest expansion of the Sun and Moon. In this autumn full of titles, the Pokémon TCG is enriched with a further expansion, and after the third generation it's up to the second to join in the dance. Once again the expansion is presented with two pre-built decks, led by two legendary beasts: Entei and Raikou.

Karma is an ugly beast and it made me pay for the cards from the last set. In fact out of ten packages I found only Virizion GX, certainly better than a kick in the teeth, but not on par with the best of Lost Thunder GX cards. Thanks to GX rapid blast, it is possible to return any pokémon on the field (and all the cards assigned to it) to your hand, while Sensitive Blade adds damage to the hit if an aid card was used in the same turn.

Lusamine Prisma is the other useful card found within packs, although it is situational and can only be activated when the opponent has exactly three prize cards. It is a card that works in synergy with UltraCreatures, given the prevention of all damage dealt in the turn of use. 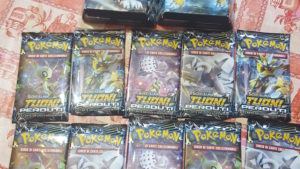 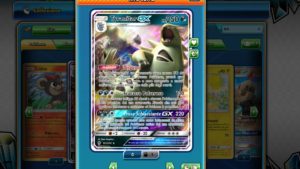 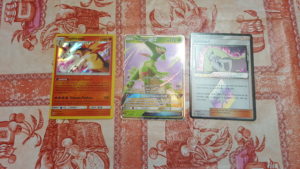 Even in the online version it did not go very well, even if Tyranitar GX is among the best cards of the expansion. If Crushing Grip GX is immune to the opponent's defensive objects and abilities, always dealing the same amount of damage, it's the ability dispersed, the real strength of Tyranitar. Any opposing Pokémon that is defeated by Tyranitar GX's attacks will end up in thelost area instead of in the discard pile along with all cards assigned to it.

For the uninitiated, the lost area is an area from which you cannot take back cards. 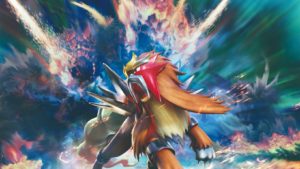 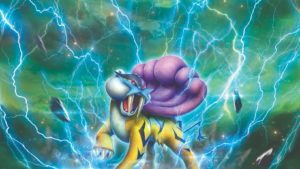 Let's move on to the two pre-built decks, with which to get a taste of the Lost Thunder cards.

Thundering rhombuses it's a Thunder-only deck, despite the presence of Poipole, Naganadel, Smeragle, and FurFrou. It is a deck that develops on the synergy between Raikou e Ampharos, and bases the main mechanic on the latter's ability. Once per turn, with Lost Glow, you can send up to two Electro cards from your hand to the lost area. This serves as a construction on the attack Lost Voltage of Raikou, which deals 90 more damage if there are Thunder Energy cards in the lost area. Naganadel and Zebstrika work in a similar way, but using the discard pile to get the energy needed for a powerful attack.

Unfortunately, Rombi Tonanti suffers from the monotype and despite some good ideas, it is one of the worst decks of the year.

Hot Lapilli instead it is fun and well balanced. Despite having Entei as its protagonist, the real game-changer is Heracross. The pokémon beetle is able to inflict 120 damage if at least one Phase 2 monster is on the bench. Here Blaziken comes to help, and the amount of help cards capable of making us draw an infinite number of cards from the first turns. The Fighting Chicken can, once per turn, attach a Fire Energy (taken from the discard pile) to one of the Benched Pokémon with Firelighter.

This is to prepare Entei to take the field with Eruption, an attack based on the top card of each player's deck. If this is an energy, Eruption will inflict an extra 60 damage to the base 80, for a maximum of 200. If we are unable to control what will come out to the opponent, thanks to the ability of Magcargo we can make sure we have a fire energy in our side. Discarded energy that will then be recycled by Blaziken in the next round, in a loop that could easily lead us to victory.

If you have to choose one of the two, Hot Lapilli is definitely the funniest deck.

Lost Thunder is available from November 3rd in all specialty stores.

Do you want to be a video game expert and know all the tricks, guides and reviews for your video games ? Holygamerz.com is a group of video game fanatics who want to inform you about the best tricks, guides and tips. We offer you the best information to be a reference in gaming, so here you can find guides, tricks, secrets and tips so you can enjoy your games to the fullest. Are you ready to get all the achievements of that game that you resist so much? Enter now and enjoy your favorite video game to the fullest!
News Assassin's Creed Odyssey gameplay video shown ❯