Pokémon Sword and Shield review: a music that surrounds England

A review of Pokémon Sword and Shield with music in the ears.

Review the latest Game Freak title Sword and Shield Pokémon it is a pleasure for me. We could almost call it a wet dream, and this time it's not the fault of the map. The pokémon have been with me for a long time now, and this eighth generation, released for Switch on November 15, 2019, is a hope. Finally having my copy in my hands, being able to launch into an adventure, being able to capture new pocket monsters. Sounds like the phrases of a steroid addict, I know, but that's it. Most exciting of all, though, is that as I write this review I have it in my ears the music of this title. In particular, the one dedicated to the stadiums where we will face the gym leaders of the Galar region.

Indeed, do you know what it is? Let's start with that work of art in the background.

A beat that raises the bar: 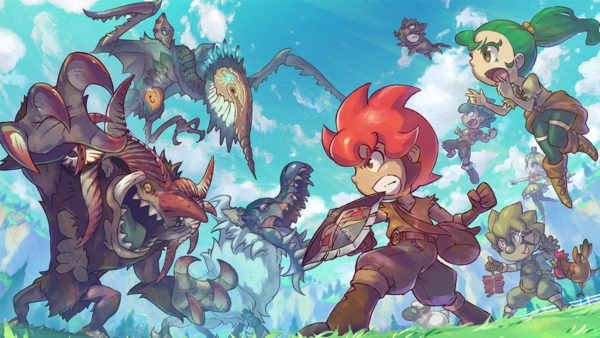 To learn more:
Little Town Hero: It's hard to be a little hero

As you may have understood, the coolest thing in all Pokémon Sword and Shield is the music (like sound, we're all waiting for you). It is the absolute pokémon title with more musical variations. Between remixes, new music composed by Masuda e Toby Fox (ie Toby Fox in Pokémon Sword and Shield. I ... Uao.), the title is a videogame disco with stadium choirs, sounds that seem to come from who knows where and blows from orbi between pocket creatures.

In addition, some sounds come out directly from the joy-con, so you will hear the roars of the dynamized pokémon coming from the door of the house and you will take a hit if your mother then enters without knocking. Pure art. At least the only good thing about Little Town Hero they kept it. That half game did some good. My aesthetic taste - sound thanks. So yes, the music of this game raises the evaluation bar of the title at full speed and makes it fly on a volotaxi driven by a gigamaxized Corviknight. 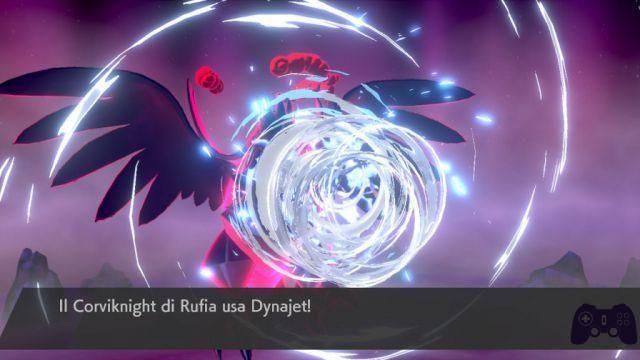 The wrong rhythm of the Wilds:

Let's start with the painful notes: the Wild Lands of Pokémon Sword and Shield. In these particular areas it is possible to meet pokémon of all species in the wild and face dynamax raids. All very beautiful, all very interesting. Even for the first time the mobile camera in a pokémon game. 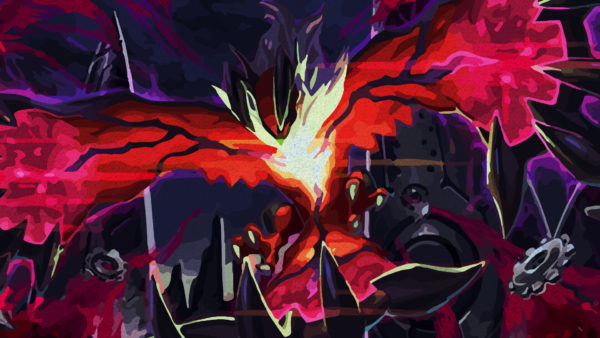 Incorrect video game:
Freak Software: What the fuck are we playing at?

I am though totally wrong as a rhythm. You find them at the beginning and you can't catch almost anything because you are limited by medals and the pokémon are too strong. Also by doing the raids you earn candies that allow you to expare your pokémon over the limit and…. AAAAAH! THAT'S ENOUGH! Do you see it? They have a rhythm so wrong who manage to mess up also the pace of my review. Yet they are a brilliant idea. The usual Freak Software that insinuates itself like a virus in the game codes of the most famous titles.

Pokémon in their habitat that can be captured without undergoing the RNG (or RNJESUS ​​for connoisseurs), raids that give you upgrades that facilitate pokémon breeding and therefore the preparation for a component that is becoming fundamental: the competitive, and epic battles with giant pokémon and sometimes very rare that test your teaming skills. All this well of Arceus spoiled for the wrong positioning at the beginning of the adventure of these lands.

A Game Freak classic: two steps forward and three steps back. And it's not a N ° 5 Mambo

All in chorus for the Dynamax:

The giga difficulties: Gigamaxized pokémon are almost impossible to catch and are only found in raids. How many times have I refrained from destroying the console because the pokémon escaped on the third tick of pokéball.

We return to higher sound frequencies thanks to Dynamax e Gigamax of Pokémon Sword and Shield. The Dynamax are, in my opinion, the best idea that Game Freak could give birth to. They are beautiful, especially the gigamantic forms, and they are functional.

For one thing, don't they break the game at all times like mega evolutions. In fact, they can only be used in certain specific energy points and only for 3 turns. Furthermore, any pokémon it can dynamaxize and the amount of HP it gains and the moves it can use depend respectively on the dynamax level of the pokémon and on the type of moves that the pokémon already knows. Instead, they can gigamaxize only certain pokémon, and will present a unique gigamax move for specific types of moves, but in any case the transformation lasts only three turns.
Second, they are spectacular dynamax battles. Black swirls reign over the heads of dynamaxized pokémon and darken the skies of Galar, as the crowd screams your name and urges you to give your best in battle. Wow!

The only flaw, it is easy to predict which pokémon will dynamaxis your opponent during the adventure. Ok, Game Freak, we know that you want to avoid polluting our world and the world of pokémon with Galar particles, but a little variety would be welcome. 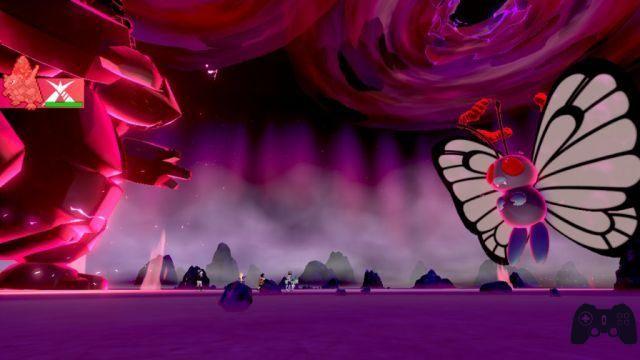 Let's go down from our imaginary musical scale and talk about another negative aspect of the title: the characterization of the characters. 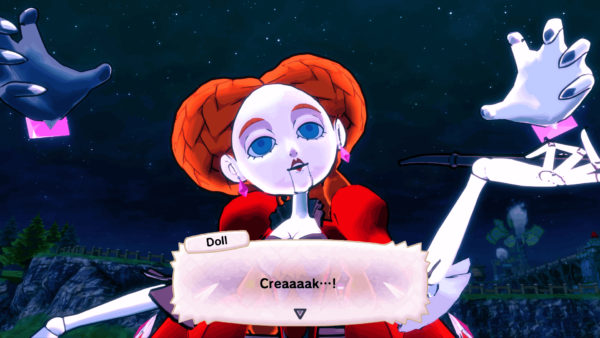 Incorrect video game:
Little Town Hero: my sentence for the law of retaliation

dandel is the personification in the pokémon world of Freddie Mercury. Clothes, attitudes and speeches are reminiscent of him. Except that the most relevant characteristic of the character is not being the champion of Galar, the champion of the righteous, but his repeating always and incessantly that he has a bad sense of direction. ALWAYS. It is nagging, petulant, annoying. And it's not the only one. Many characters are left a bit like that, adrift. Many cool characters from Pokémon Sword and Shield they lack character and only recover in the final stages.

And the same goes for weft. It had hallucinating potential, but towards the end it seems they are forget to take the blow and let it all fade away. Here is my law of retaliation returns. Here comes the ghost of Pokémon X and Y returns. Little Town Hero and the plots left in the middle dominate. Game Freak condemns me again this time to a hell made of cascades of water spread out like tablecloths and without textures.

The plot is actually very nice, but the final lines leave a bad taste in the mouth

So what does this review of Pokémon Sword and Shield want to tell you? It wants to tell you that the game is beautiful. It really is. I hadn't been so involved in a pokémon game for a long time. As usual though, Game Freak keeps making mistakes and if on the one hand it improves, on the other it gets worse.

Forgetfulness, technical problems, FPS drops and black screens are things you can't see in a game released at the end of 2019. A game with a history of more than twenty years and with that budget available you cannot afford these errors and inaccuracies.

The game is very good Game Freak, but it's time for you to wake up from your sleep. Will you succeed with the first DLC? Perhaps with the second?

Verdict 7.5 / 10 A beautiful but imprecise music. Comment Pokémon Sword and Shield are a more than discreet product. The game is fun, has beautiful concepts and innovative mechanics. The latter, however, are not always well studied and the technical errors, the distractions, the lack of attention to detail are felt. Such an old development house cannot afford all these mistakes at the end of 2019. And it's a shame, because the soundtrack of this title is the best ever made and it definitely deserved better. Pros and cons ✓ The best soundtrack
✓ Dynamax and Gigamax
✓ The Wild Lands ... x ... But they are poorly studied
x The beautiful plot but which is lost in the final
x Game Freak's usual technical mistakes
Do you want to be a video game expert and know all the tricks, guides and reviews for your video games ? Holygamerz.com is a group of video game fanatics who want to inform you about the best tricks, guides and tips. We offer you the best information to be a reference in gaming, so here you can find guides, tricks, secrets and tips so you can enjoy your games to the fullest. Are you ready to get all the achievements of that game that you resist so much? Enter now and enjoy your favorite video game to the fullest!
Kingdom Hearts HD 2.5 ReMIX review ❯

Xbox Series X | Review, the most powerful console ever

Flashback | Review, the return of a milestone

Add a comment from Pokémon Sword and Shield review: a music that surrounds England