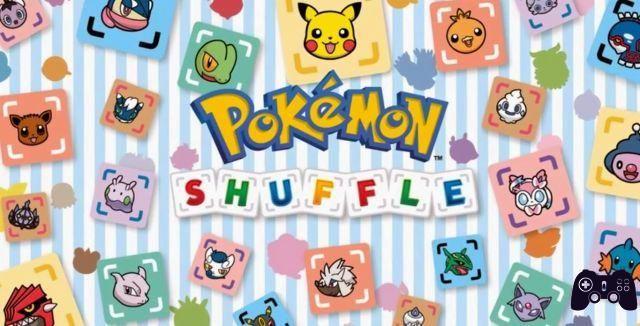 In recent years, the mobile market has been filled with Free to Play: from classic runners such as Temple Run e Spider-Man Unlimited, to management as Simpsons Springfield, up to arcades like Candy Crash Saga and the various chapters of Angry Birds.
Being able to play for free increases the catchment area of ​​each of these titles, but behind the offer of a seemingly free game, there is an intricate system of micro-transactions (optimally analyzed by South Park in the last season) that allows numerous benefits to those who pay.
In recent years, Free To Play has also landed on PCs and consoles, titles such as Warframe, War Thunder, DC Universe Online and League of Legends, offer players a free experience that can be improved by spending money.
Nintendo has also entered the Freemium gaming business, with Tank! Tank! Tank! on Wii U, e Steel Diver: Sub Wars on 3DS, the last exponent of this category instead landed for free on the eShop last February 18, starring the monsters of Game Freak.

Pokémon Shuffle arrives on 3DS for free offering an experience similar to what we saw last year in Pokémon: Link Battle!: it will be necessary to line up 3 or more similar Pokémon in order to damage the monster within the time limit or with a predetermined number of moves.
Alongside the player, four Pokémon previously captured, which will offer him bonuses of various kinds, ranging from being able to burn or paralyze the opponent, up to inflicting more damage.
Among the new mechanics introduced in Shuffle of vital importance is definitely the Mega Evolution: the first of the four allied pokémon, if in possession of the suitable megastone (obtainable at the end of each "world" of the game, challenging the Mega Evolved Pokémon), will be able to fill a bar located at the side of the touch screen, once it reaches the apex it will proceed with the transformation and will be very useful thanks to the extra advantages offered.

For example Mega Slowbro adds another pokémon to each combination, Mega sableye delete the boxes by forming an O, or Mega Ampharos launches lightning bolts that eliminate pokémon randomly.
The other main difference in the gameplay with Link: Battle! It is the mode of catching a Pokémon: in last year's game, the player had to face several hordes of monsters who, once weakened, were automatically captured in Shuffle instead you have to fill a percentage of success, the higher it will be, the more chances there will be to catch the beaten Pokémon.
To increase these values ​​there are several methods: in the normal mode it will be necessary to finish the fight in as few moves as possible, it is therefore necessary to have an ally that inflicts enough damage, or to chain several combos in order not to waste too many moves, in Extra it will be necessary to finish in the least. possible time because in any case the percentage will start from one.
These two novelties in the mechanics (and especially the limited moves) make Shuffle more difficult than its predecessor, also extending the longevity factor.

Once the level is completed, an evaluation will be given, and regardless of the success of the capture or the failure of the same, a new stage will be unlocked, until the conclusion (probably momentary) with the 150th level.
Unlike Link: Battle! which allowed the capture of all 718 Pokémon, Shuffle offers only 150 (with two extras as an event) and even the megastones have not yet been included in their entirety, being a Free to Play and given the huge success on the market it is practically certain that new levels will be released.

As mentioned at the beginning, Pokémon Shuffle also offers microtransactions to "facilitate" and accelerate the progress of the game.
Normally, by not spending a single euro, the player starts from 5 attempts, which by scaling start a reload timer set at the abnormal figure of thirty minutes.

Half an hour is a huge amount of time for a Free to Play, the major exponents of the genre are limited to a maximum of ten minutes, and this wait will be felt especially in the advanced levels, where the number of moves will be low and the failure behind. the corner.
To recharge the hearts, microtransactions enter the scene: through the eShop you can buy special crystals (sold in different packs from € 0,99 to € 47,99) with which to recharge hearts or buy game coins with which to buy upgrades before a challenge.

In our experience, we spent € 8,99 for crystals at launch, and we managed to complete all 150 normal levels and 20 specials with numerous attempts (without catching all the Pokémon), adding a very strong Mewtwo to our team.
The 3DS diary marks approximately 75 total hours of gameplay from February 18th to today.

The upgrades, ranging from reducing Pokémon on the grid by one, starting immediately with Mega Evolution (a code has been revealed to get two Megastarts for free) to preventing the opponent from getting in the way. The coins to buy them can be obtained by completing the levels or by connecting every day from the level selection menu, alternatively you can exchange crystals for sound coins or wait for the weekend and face a Meowth rich in money.
The coins also serve to double the chances of capture, by purchasing a Megaball for 2500 units, unfortunately in the special levels even the enhanced sphere could have problems in capturing Pokémon.

The technical department of Pokémon Shuffle is similar to that of Link: Battle! with the exception of the Mega Evolutions that receive sprites from scratch, while the others reappear with 2D circular icons that include only the face. Unlike Link: Battle! however, the soundtrack is well cared for and offers unreleased tracks that accompany the player in the long wait between one game and another.
Pokémon Shuffle unfortunately it is only suitable for short sessions, unless you intend to buy crystals to extend the gaming experience.

Verdict Yes Yes to the game, no to money Comment If on the gameplay side Shuffle marks an evolution in the series, the title unfortunately suffers from some major defects for a Free to Play, the waiting time to reload the Hearts is every 30 minutes, when in every mobile title this timer reaches a maximum of 10 minutes. This could force the buyer to spend much more than necessary, especially if with eight euros you can take home Link: Battle! full title from every point of view. Pokémon Shuffle is a great game but we don't feel like recommending micro-transactions, rather than considering it a demo and buying the predecessor. Pros and cons ✓ Addictive gameplay
✓ New mechanics well implemented x Excessive waiting
x At the moment "only" 152 Pokémon
Do you want to be a video game expert and know all the tricks, guides and reviews for your video games ? Holygamerz.com is a group of video game fanatics who want to inform you about the best tricks, guides and tips. We offer you the best information to be a reference in gaming, so here you can find guides, tricks, secrets and tips so you can enjoy your games to the fullest. Are you ready to get all the achievements of that game that you resist so much? Enter now and enjoy your favorite video game to the fullest!
Asura's Wrath Review ❯