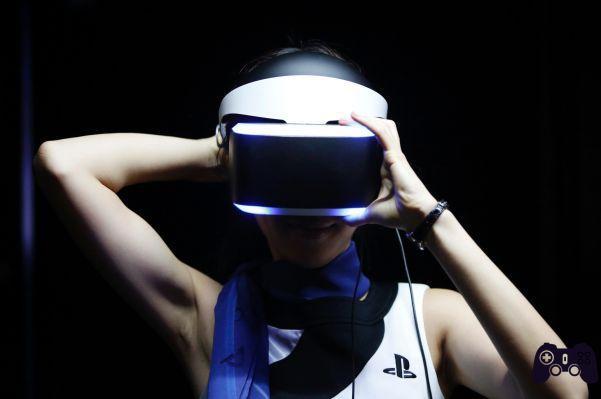 La Milan Games Week this year was delivered to the archives, but we at Holygamerz have not finished talking to you about the great exclusives of the Milanese event. Horizon: Zero Dawn, Just Cause 3 e For Honor it's Sony's turn again with PlayStation VR, the former Project Morpheus, the virtual reality headset that was unveiled in March 2014.

PlayStation VR debuts just during Games Week and we were able to thoroughly test every Tech Demo present at the stand. The model of the viewer present during the event was obviously still a prototype, probably very different from the one that will be released in stores during the launch window scheduled from January to June 2016. Beyond the actual launch date, the other big unknown Regarding PlayStation VR, the price remains, still mysterious and the protagonist of numerous speculations on the network.

Below we will analyze one by one the six (plus one) Tech Demo present at Milan Games Week, we will focus briefly on each experience to give you the most complete overview possible on the capabilities of PlayStation VR. 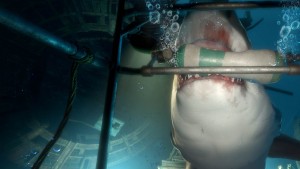 Developed by London Studio and among the first shown to the public last year, The Deep takes us to the depths of the sea inside a diving cage giving us a 360 ° visual experience. In The Deep Tech Demo we did not have a controller available, and we could only rely on our sight: the four scenes put us in front of manta rays, fish of various kinds, luminous jellyfish and finally a huge shark decided to interrupt the our underwater safari. The Deep is certainly a suggestive experience, also suitable for those who do not want to have anything to do with the DualShock 4. 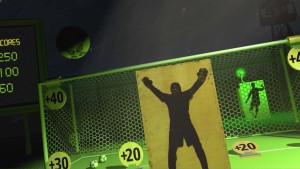 Developed by Frame, also Headmaster does not require the joypad to be used, but only the head of the player who, once wearing the viewer, will have to test the air that surrounds him by hitting the virtual ball kicked by the special robot. Headmaster was presented during the last E3 and immediately proves to be one of the longest tech Demos present at Milan Games Week: over the course of eight rounds, the player will have to hit several increasingly difficult targets, trying to hit them with the ball. But it will not be as easy as it seems, in some levels you will have to turn the ball into a real bomb and blow up obstacles, while in another level you will have to hit a piñata in order to reach the highest possible score. Although it is among the longest Tech Demos, Headmaster is also the one that comes out defeated compared to its colleagues, perhaps for the not too original idea, but mostly for the experiences given by the others. 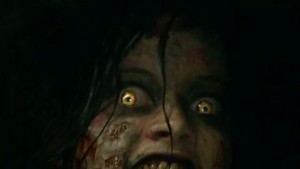 For those who are not informed about the gender they belong to, The Kitchen could fool more than one player, inviting him to a cooking game like Cooking Mama, were it not that the Mama from The Kitchen is a killer zombie armed with a machete and ready to kill you in the cruellest way possible. The Tech Demo developed by Capcom is a Horror experience that asks the player to hold the DS4 steady in their hands and use its motion sensors. Like in The Deep, the atmosphere of The Kitchen envelops the player, with screams, footsteps and jump-scare. The entire game environment is built around the player, proving to be another great example of what PlayStation VR can do. 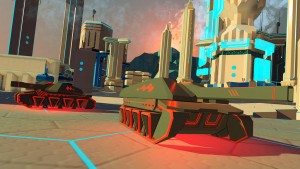 Some of the oldest readers will remember the tank game for Atari, from the eighties in vector graphics; many others will give a lot of thought to the origins of the tech demo Rebellion probably part of the best present during the Milanese kermesse. Going on the battlefield with DS4 in hand, the player will have to destroy all enemies on the screen, thanks to a direct fire with R2, and the possibility of choosing between a missile launcher and a powerful machine gun. Looking around, the pilot of the futuristic tank will be able to admire the interior of his vehicle, made of control panels and fogged glass. The Tech Demo shows graphics reminiscent of Tron, with colors already seen in the future No Man's Sky, but the biggest (and fattest) reference is logically the Arcade vector for Atari. Battle Zone, together with the title that we will analyze shortly, lends itself a lot to competitive multiplayer, and we hope it will soon become one of the PlayStation VR exclusives. 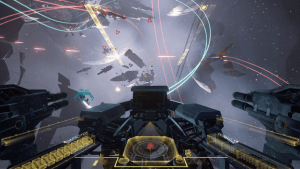 From pixelated battlefields to realistic open space developed by CCP, EVE Valkyrie  puts the player aboard a spaceship and bullies him into a team battle. As in all shooters aboard aircraft, also in EVE Valkyrie you will have two types of weapons, a missile and a laser rifle and during the Tech Demo you will have to destroy all the opponents.
EVE Valkyrie is chaotic and allows the player to fly freely in any direction, taking advantage of PlayStation VR to look around at every moment, one of the best Tech Demos from a graphic point of view, the title of CCP promises really well. 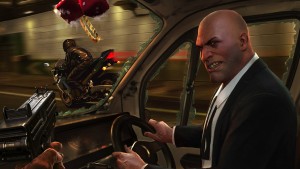 Closes the series London Heist: The Getaway, developed by London Studio, and the spiritual heir of that The Getaway never released for PlayStation 3 that with PlayStation VR finds new lifeblood. The Getaway is the only Tech Demo to use PlayStation Move, and once grabbed the two motion controllers, the player will be able to interact with everything that will be grasped in the car of the two protagonists, simply by pressing T. London Heist is a shooter that allows you to look around at 360 °, opening drawers and reloading your own gun to eliminate the enemies that will threaten the race of the car. Among the possibilities of the Tech Demo, we find not only being able to open the doors and shoot behind the station, but also throwing objects, adjust the radio and look out the window to riddle the opposing motorcyclists with shots. 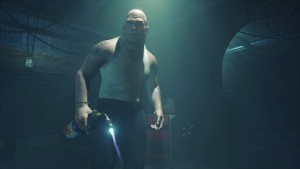 But that's not all, London Heist: the Getaway offers a second longer and even more immersive Tech Demo. Leaving the car and in an unspecified moment of the plot, the player will wake up in a garage, sitting in a chair and ready to be questioned by his companion on the run. This tech Demo will then require us to get up from the station and will kick off a flashback set inside a museum where in addition to shooting the guards you will have to find a cover behind the desk, obviously all via PlayStation VR, giving away some moments of pure total immersion in the title of London Studio.

PlayStation VR convinced us, although each session has not gone beyond a maximum time of 15 minutes, we can't wait to see the new PlayStation jewel at work and actually discover how long each real game session can be.

Comment PlayStation VR convinced us, although not all Tech Demos were of the same quality and although we are still only talking about a prototype, we are confident about what Sony will be able to put on the market next year. However, some doubts remain such as the price at which it will be launched and above all the actual series of games that will support the viewer. At the moment, after our road test, however, we are sure of one thing, PlayStation VR has all the credentials to beat the competitors. Pros and cons ✓ Truly engaging experiences
✓ Overrun of opponents x Actual duration of the game sessions
x Will it be properly supported?
x What will the price be?
Do you want to be a video game expert and know all the tricks, guides and reviews for your video games ? Holygamerz.com is a group of video game fanatics who want to inform you about the best tricks, guides and tips. We offer you the best information to be a reference in gaming, so here you can find guides, tricks, secrets and tips so you can enjoy your games to the fullest. Are you ready to get all the achievements of that game that you resist so much? Enter now and enjoy your favorite video game to the fullest!
News + Edugamers for kids 4.0: how to educate to video games ❯