Plasma vs. OLED, we find the differences 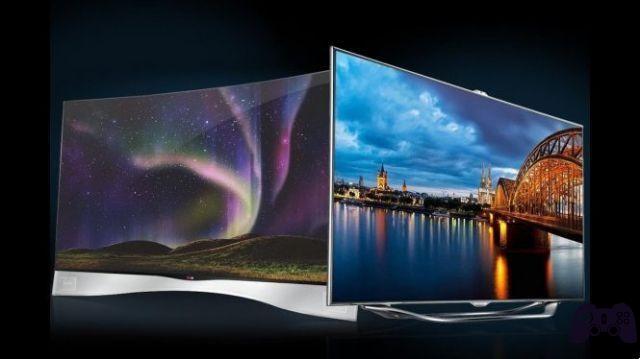 What are OLED TVs and Plasma TVs and how are they different? Plasma and OLED are two types of visual displays. Normally these terms appear when comparing plasma TVs and OLED TVs. OLED, which stands for Organic Light Emitting Diode, is a more common type of display that improves upon older LCD technology. Less used plasma displays use plasma.


Plasma TVs almost disappeared as OLED and other technologies like Super-AMOLED took over the scene. In 2014, due to manufacturing costs and growing demand for other screen technologies, Panasonic, LG and Samsung stopped producing plasma TVs.

Similarities Between Plasma and OLED

The practical result is that most people might see both and not notice a big difference beyond the price.


Both technologies portray blacks better than the previous technology, both are available in high resolution and large screens, and both can be used for years without experiencing color degradation or burns.

The refresh rate on plasmas and OLEDs is relatively high compared to older technologies with displays, so screen flickering is usually not an issue with either.

OLED vs. Plasma: where differences matter

Where OLED uses organic material to illuminate the screen, plasma uses ionized gases. The color of an OLED screen fades over time, so it won't last as long as a plasma screen.


However, as plasma relies on gas within the screen to illuminate images, a plasma screen cannot be used at very high altitudes or the pressure difference between the environment and internal gases will damage the set.

Plasma TVs are more susceptible to interference due to ionized gases. OLED does not suffer from this problem, so you can listen to AM radio around an OLED TV without worrying about radio frequency interference.

Plasma screens are heavier than OLEDs because they are covered with glass, which also makes them more susceptible to breaking. OLEDs use thinner protection which makes them a little more flexible.

add a comment of Plasma vs. OLED, we find the differences