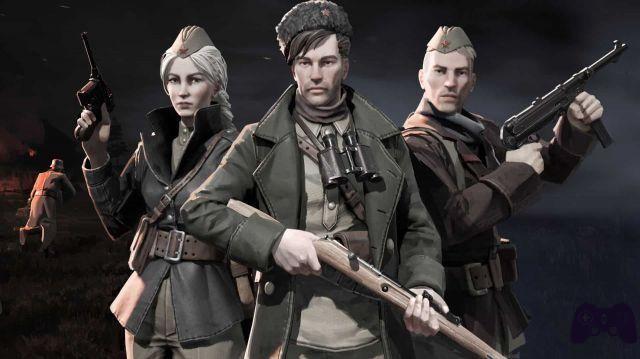 4:24 am on June 22, 1941, German forces launch a surprise attack on the Soviet Union - this is the event that sets the story of Partisans 1941 in motion. The Great Patriotic War against the German invaders begins. In the first months the Soviet forces suffer devastating losses, against a merciless and battle-hardened enemy. The invaders advanced, razing Soviet cities to the ground and setting fire to villages on the road. Minsk, Smolensk, and Novgorod fell. German planes bombed Kiev and Sevastopol. There threat loomed on Moscow and Leningrad. Thousands of German soldiers remained surrounded, trapped in the salient. One of them was the commanding officer of a rifle unit, Captain Zorin. Attempting to escape the encirclement he was taken prisoner and sent to the nearest Dulag.

The threat loomed over Moscow

The history of Partisans 1941 begins here, on Captain Zorinrealizing that this was a one-way ticket for him and his soldiers, he tries to organize an escape from the concentration camp for himself and his men. However, he alone manages to escape and, lost behind enemy lines, will have to organize a guerrilla unit to damage the German war machine as much as possible and give his comrades a chance at the front. Partisans 1941 aims to make us live the experience of the Russian countryside under the Nazi occupation. By playing Comrade Commander Zorin we begin partisan operations. First in our small way by helping the villagers to endure the oppression of the Polizei, a Russian militia in the pay of the Germans; then slowly building a real unit capable of blowing up bridges and organizing rescue missions in enemy strongholds. To defeat the enemy, superior both in number and in firepower, our partisans resort to guerrilla tactics. The watchwords are stealth and ambushes. 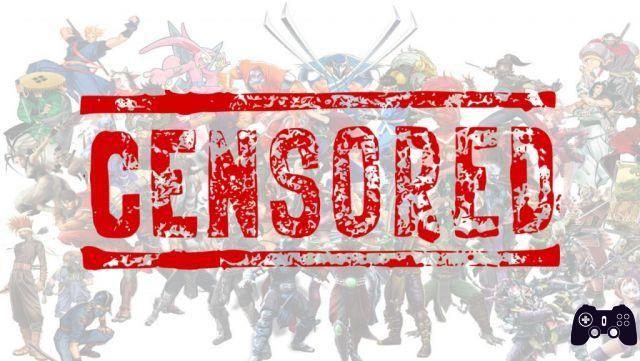 Games and censorship: In Partisans 1941 we speak only of fascists but never of Nazis. The publisher, Daedalic Entertainment, is based in Germany where even today there are strict rules for the censorship of Nazism.

Not being able to count on numbers or firepower, our partisans are betting everything on the enemy being unaware of their presence. Whenever possible, it is better to stay in the shadows and get rid of the enemies on guard or patrol without alerting the entire enemy camp. A stealth kill or a knife throw are our tools of choice. Partisans 1941 however has a big problem in communicate information when it comes to stealth. Often an enemy will see us through a window that we didn't even know was there. Enemies will be alerted by noises we didn't think to make, not to mention that an alerted enemy often alerts half the enemies on the map. This often leads “savescumming” to a real requirement rather than a cheat, mainly because if the stealth approach fails… well better load the last save honestly, our soldiers will be in a bad position to implement an organized counterattack.

Stealth is at its best on missions where it is specifically recommended, if not mandatory. The mission of recovery from prison it is indeed one of the best moments of the game. In this mission, not only is the stealth approach explicitly required of us, but we are forced to use two characters in particular. By narrowing down our options and reducing the variables in the layer we will know exactly which tools to use and in what situations.


On my signal, unleash hell

When, and if, we decide that the best way is to eliminate the enemies all together in a great fireworks display Partisans also allows us this, with the ambushes. Without being discovered, we position our soldiers in positions of advantage. At the right time, we unleash hell on enemy soldiers. Special skills, grenades, red barrels, in short, the more noise the better. After a first explosive impact, the ambush turns into a firefight. Our partisans fight with a mixture of AI and commands given to them. If no input is given they will stay where they are firing at targets of their choice. 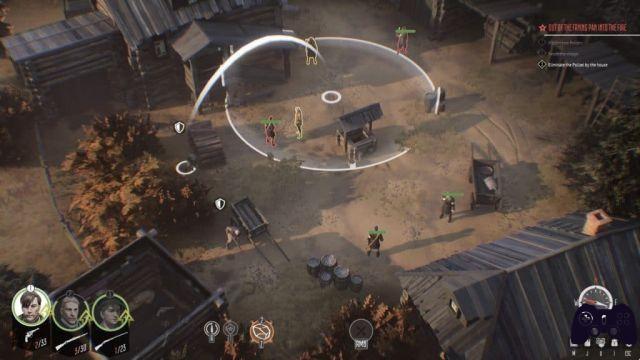 Despite the presence of a tactical break battles often get out of hand as it becomes impossible to keep track of all the variables in real time (or even slowed down). There are always many unknowns inherent in the combat system, such as probability of hitting and likelihood of being hit; to which are added the unknowns of the adversary behavior, often too unpredictable to form a medium-term plan. Too often we end up in to react more than to act and for a game that aims to be "tactical", it can be a problem. Plan in every little detail grenades mines and special abilities while the enemies are unaware of our presence goes well with the nature of the game and the objectives it has set. Fights that last more than a few seconds after the ambush or that leave us without an overwhelming advantage, numerical or position, often become a slow battle of attrition or a chaotic bloodbath (typically for us).

At the end of the first mission, in which we will bring Captain Zorin to safety, we will find refuge in a small outpost in the forest. Here we will build the headquarters of our partisan unit. Here we will have the opportunity to carry out "operations" by assigning the soldiers at our disposal and waiting for one day. Operations have a success rate based on the experience of assigned soldiers. These quests range from finding resources, such as food and spare parts, to building new camp facilities, to operations real against the Nazis.

A fortress is born from a single rock

The idea in general is to put in place a meta-structure that intersperses missions and brings variety to the gameplay, at the same time giving a rhythm to the story. As laudable as the idea sounds, it lacks a lot in the realization. The quests provide us with resources that we will rarely use and building structures in the base camp does nothing but give us new quests for the same resources we do not need. The operations against the Nazis, on the other hand, provide us with xp and ammunition, resources that we earn much more interestingly during the real missions… Those in which we play. HQ systems like this achieve their purpose when they are tied hand in glove with the actual gameplay. If we take XCom for example, every tiny decision we make in the overworld directly affects the success of the next mission. This sadly doesn't happen in Partisans 1941, where the HQ quickly transforms into a hamster wheel, an activity we do simply because it's there but has no purpose or purpose.

An all too varied cast 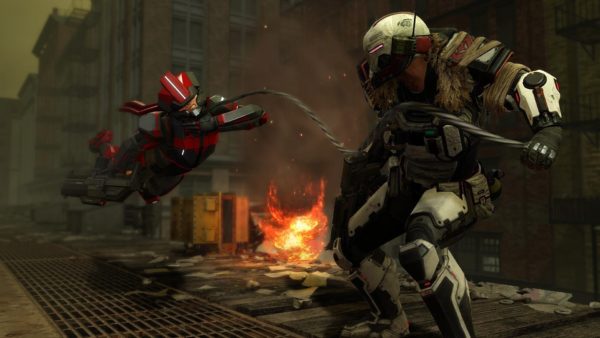 To learn more:
The secrets (and lies) of Game Design

Usually what makes tactics games enjoyable is that the player feels smart about making sure choices, even if those choices were dictated by game design. In Partisans 1941 this happens rarely. Often we will arrive unprepared for missions because we have not been effectively communicated which one favor approach before choosing the team. A team that is also inexplicably restricted to 3 soldiers (Zorin plus two) practically minimizing the player's choices, when the game often proves to be more enjoyable with a larger team. We have 9 characters available. Each has its own name, story and role in the plot. And each has their own set of skills. But given the lack of information, once we have found the strongest team we will have no reason to choose other soldiers. 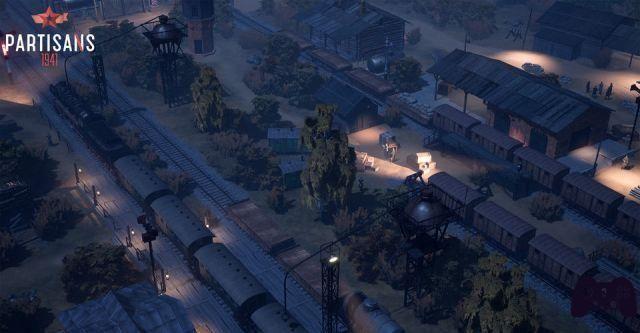 At the same time the level design, even if we had chosen the best team, often fails to illustrate a clear to the player action plan. It is clear that instead of trying to keep all possibilities open for the player, the game should have focused on just one, or a handful, as in the aforementioned prison escape. Too often we will find an enemy unit too large to face in a firefight and at the same time too compact for a stealth approach. When the level design is only thought for one of the two approaches the problems of the game are circumvented and it is possible to bring out the best from the systems made available by the game, as in the aforementioned prison escape. 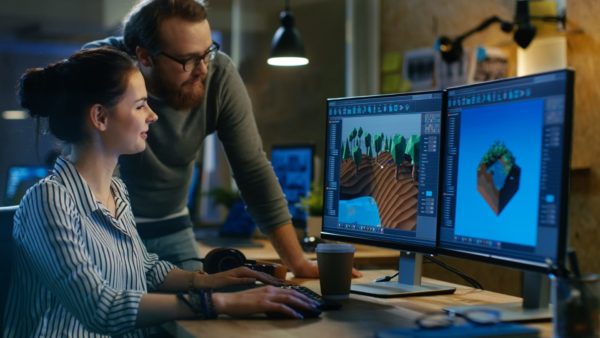 In many many ways Alter Games he looks like that young footballer who wants to play for youtube compilations, but forgets that the most important thing is to score. If instead of aim for the stars conceiving 9 unique characters, hoping that the player for his goodness would choose them all in rotation, Alter Games had chosen a more traditional (and honestly less laborious) method as a system of classes, perhaps they could have had a more varied cast of characters and with more than two lines each, without putting the full weight of the story on Zorin.

By this I mean that Partisans 1941 is a bad game? Of course not. The fact that it could have been done better does not mean that the result is a fiasco, quite the contrary. Partisans is evidently a passion project before a product to sell and above all it is the first game of Alter Games. It is normal that certain things could not be perfect. A lack of foresight in the early stages of a game's development is almost physiological for any developer. It is the experience and the developed instinct that leads to understand what the focus of the game is and what to focus on. Alter Games is an interesting project, nothing innovative but still a competent project and a more than enjoyable game, but sometimes you have to keep in mind that "less is more": less is more.

Verdict 6.5 / 10 Punch a Nazi! Comment If my first game had been remotely similar to Partisans 1941 I would have patted myself on the back so many that I didn't feel on my back. That said, when it comes to entering a market like tactical PC games, the standards are far higher than mine. Partisans is a good game, of course, and despite its flaws it is a game that can be easily recommended to fans of both the genre and the Nazis' ass. Being able to wipe out entire camps of Germans in seconds is a certain level of satisfaction, but you have to allow the game a few hiccups here and there before you get carried away. Pros and cons ✓ At its best it is a joy
✓ Solid tactical gameplay
✓ So many Nazis to beat x Many design flaws
x Lacks focus
x Ups and downs
Do you want to be a video game expert and know all the tricks, guides and reviews for your video games ? Holygamerz.com is a group of video game fanatics who want to inform you about the best tricks, guides and tips. We offer you the best information to be a reference in gaming, so here you can find guides, tricks, secrets and tips so you can enjoy your games to the fullest. Are you ready to get all the achievements of that game that you resist so much? Enter now and enjoy your favorite video game to the fullest!
Superhot review ❯

Life is Strange: Before the Storm review - Another story