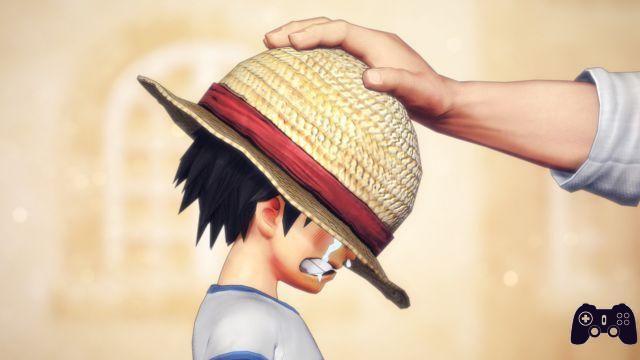 What happens when you combine the world's most widely read Shonen with one of the most mistreated genres ever? When Koei Tecmo and Bandai Namco first asked for it in 2012, bringing it to the market One Piece: Pirate Warriors, Musou dedicated to the pirates of Eiichiro Oda. This debut in the genre of Luffy and company was characterized by a much more exploratory story mode than the supporting characters (whether they are based on other manga or chapters of the Warriors series, they have always sinned for very similar maps) but found a weak point in the very limited cast consisting of mugiwara and a few other well-known faces.
One Piece: Pirate Warriors 2 in 2013, he tried to remedy the error but, if on the one hand the cast finally boasted a reasonable number (albeit with great and inevitable absentees) inexplicably lost the main merit of the first chapter: there was no more interaction with the environment, returning to the classic maps of the Dynasty Warriors.

After a year off that saw the release of One Piece: Unlimited World R, with Omega Force engaged on the shores of Nintendo with Hyrule Warriors, last March 26 in Japan One Piece: Pirate Warriors 3 he made his debut on PlayStation 4 (with additional versions on PlayStation 3 and PlayStation Vita, and a first-time PC conversion due out this summer).
The western release is scheduled for this summer but, fortunately, thanks to Bandai Namco Entertainment we were able to try the new title dedicated to Mugiwara in preview last April 7 in Milan.

Do you want to join my crew?

Pirate Warriors 3 collects the legacy of the second chapter and offers an even larger cast, this time going to fish also among all the villains faced by Luffy and associates. After the original story seen in the predecessor, Omega Force returns to tell the story of the rubber pirate, starting from the origins and the meeting with Shanks (finally usable). Pirate Warriors 3 will therefore cover all 78 volumes of the epic of Oda released so far in Japan, arriving at the fateful clash with DoFlamingo (which stands out as well as on the game cover also in the Limited Edition dedicated to him) and will be playable even by those who have never touched a One Piece title.
Not only that, the total number of characters marks forty-seven (although it seems some are only alternative versions) guaranteeing the largest number ever seen in the series: obviously we will have to test firsthand this summer if Omega Force has replicated the excellent work of differentiation seen in the Wii U exclusive from Link.
The title offers the possibility to follow the story with a certain character of your choice, thanks to the renewed Dream Log mode (already present in the first two chapters) widely expanded to allow greater use even of secondary pirates.

In the build tested in that of Milan, you could choose different characters including Luffy, Ace, Law and the newcomer Sabo, to complete a fight in the island of fish men, facing the mighty Hodi and the almost infinite classic subjects of the genre.
We preferred to use Sabo, both for the "novelty" factor compared to the others, and to test the third brother after the feats seen in the original manga.
Sabo has at his disposal a metal tube, ambition (Haki) and the power of the FocoFoco fruit, with which to alternate the combos (as usual square and triangle) and slaughter the myriads of enemies that will stand in front of him. A Circle is again entrusted with the special move, in this case a column of fire similar to Ace's attack from the first Pirate Warriors (you can see it at the end of the video below), while on R2 we find the new Kizuna Rush, a phenomenal shot that it will bring together all the members of the group (player character + certain allies) and will hurl itself with force against the enemy tides.
Sabo was very balanced between physical and special attacks, allowing us to eliminate many enemies with area attacks in combo with Ace or Luffy.

Technically, the title instead shows itself with cleaner polygonal models than its predecessors and which give the best of them precisely during the aforementioned special moves, bringing the characters of Oda to life on the screen much more than the official anime.
Being an old build, we prefer not to dwell much under any graphic defects, which we will certainly analyze better this summer in the review phase.

Comment In the short test during the Level Up event, One Piece: Pirate Warriors 3 it seemed to us to collect the merits of the second chapter and further enrich the offer of the available characters. It remains to be seen if the exploration will refer to the optimal one for the genre of the progenitor of the series, or if even under this point we will have a copy-paste compared to the 2013 release. Being a Musou obviously expect many blows and opponents, this time also on PlayStation 4 and PC. Pros and cons ✓ All the events of the manga
✓ Many Characters ... x ... but how many different from each other?
x Technical aspect to be analyzed in detail

Do you want to be a video game expert and know all the tricks, guides and reviews for your video games ? Holygamerz.com is a group of video game fanatics who want to inform you about the best tricks, guides and tips. We offer you the best information to be a reference in gaming, so here you can find guides, tricks, secrets and tips so you can enjoy your games to the fullest. Are you ready to get all the achievements of that game that you resist so much? Enter now and enjoy your favorite video game to the fullest!
For Honor Review ❯

Add a comment from One Piece: Pirate Warriors 3 preview