OLED TV: what you need to know 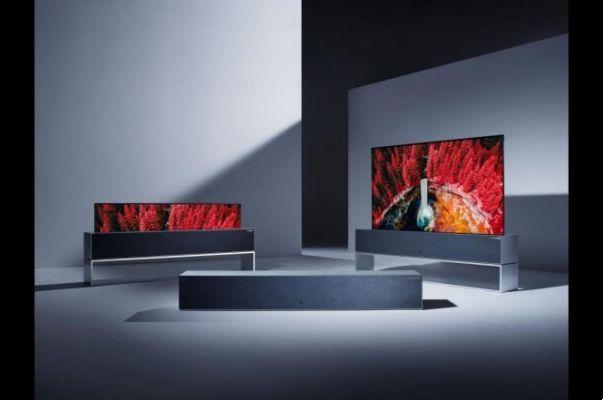 LCD TVs are certainly the most common TVs currently available to consumers, and with the demise of plasma, most think LCD (LED / LCD) TVs are the only type left. However, this is not the case as there is another type of TV available which actually has some advantages over LCD - OLED.


QLED vs. OLED vs. MicroLED, what is the best technology?

What is OLED TV

OLED stands for Organic Light Emitting Diode. OLED is a growth in LCD technology that uses organic compounds formed in pixels to create images, without the need for additional backlighting. As a result, OLED technology allows for very thin screens that are much thinner than traditional LCD and plasma screens.

OLED is similar to LCD display in that OLED panels can be arranged in very thin layers, allowing for a slim TV frame design and efficient power consumption. Also, just like LCD, OLED is prone to dead pixel defects.

On the other hand, even though OLED TVs can display very colorful images and one weakness of OLED compared to LCD is the light output. By manipulating the backlight system, LCD TVs can be designed to emit more than 30% more light than brighter OLED TVs. This means that LCD TVs perform better in bright environments, while OLED TVs are better suited for dimly lit or light-controllable environments.

OLED is similar to plasma in that the pixels emit themselves. Also, just like plasma, it is possible to produce deep black levels. However, like plasma, OLEDs are prone to burn-in.

Also, at present, OLED displays have a shorter lifespan than LCD or plasma displays, with the blue portion of the color spectrum most at risk. Also, switching to large, crisp OLED TVs comes at a higher cost than LCD or plasma TVs.


On the other hand, OLED TVs show the best screen images seen so far. The color is great, and because the pixels can be turned on and off individually, OLED is the only TV technology capable of displaying absolute black.


Additionally, because OLED TV panels can be made so thin, they can also be made to fold, resulting in the appearance of curved screen TVs (Note: some LCD TVs have also been made with curved screens).

On the other hand, Samsung employs the red, green and blue sub-pixels with no added color filters. LG's approach is intended to limit the effect of premature blue color degradation that was inherent in the Samsung method.


Interestingly, in 2015, Samsung abandoned the OLED TV market. On the other hand, although Samsung does not currently make OLED TVs, it has created some confusion in the consumer market with its use of the term “QLED” in the labeling of some of its high-end TVs.

However, QLED TVs are not OLED TVs. They are actually LED / LCD TVs that place a layer of Quantum Dots (hence the “Q”), between the LED backlight and LCD layers to improve color performance.

TVs that use quantum dots still require a black or edge lighting system (unlike OLED TVs) and have both the advantages (bright images) and disadvantages (absolute black cannot be displayed) of LCD TV technology.

Just like with LCD TVs, OLED TV technology is resolution independent. In other words, the resolution of an LCD or OLED TV depends on the number of pixels arranged on the surface of the panel.


Although TV makers no longer offer the 3D viewing option for US consumers, OLED technology is compatible with 3D, and up until model year 2017, LG has offered 3D OLED TVs that have been very well received. If you are a 3D fan, you may still be able to find one used or in play.

Additionally, OLED TV technology is HDR compatible - although HDR-enabled OLED TVs cannot display the higher brightness levels that many LCD TVs are capable of - at least for now.

After years of false starts, since 2014, OLED TV has been available to consumers as an alternative to LED / LCD TVs. However, even as prices are falling, OLED TVs with the same screen size and feature set as competing LED / LCD TVs are more expensive - sometimes twice as much.

However, if you have the money and can control the lights in the room, OLED TVs offer an excellent TV viewing experience.

QLED vs OLED what's the difference and why is it important ...

add a comment of OLED TV: what you need to know