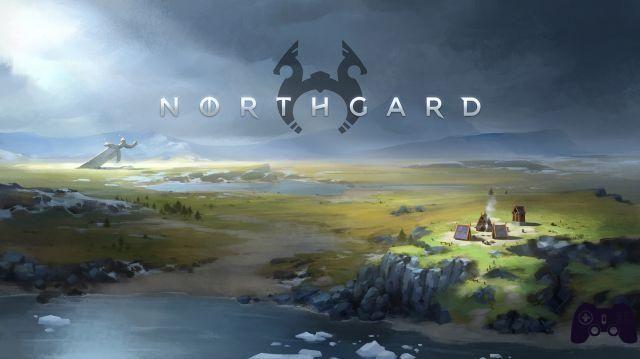 After years of strenuous exploration, a people of brave Vikings have discovered a new land filled with riches: Northgard.

The territory is hostile, however, and the new settlers are easy prey to the terrible creatures that populate the area, such as hungry wolves, undead warriors and giants the size of five men. As if that were not enough, our clan is not the only one to have come to Northgard, and this makes the conquest of supremacy a real struggle for survival.

The title, developed by Shiro Games, is proposed as an RTS, however, breaking away from the great pillars of the genre, and experiencing a battle with the surrounding environment as well as with the other factions in the game. Before diving fully into the details of Northgard, remember that the latter is available in early access on Steam at the price of € 19.99, and therefore in constant development.

Let's start by talking about the quality that first of all catches the eye, the exceptional and distinctive graphic style makes the game highly recognizable and allows him to rise from the mass of titles constantly coming out of Greenlight, offering a unique character and a charismatic feeling. Starting from the main menu, the game offers images almost painted in watercolor that find an excellent coherence with the cartoon models in the game. Each animation is well executed and the randomly generated battlefield is always balanced and realistic.

Northgard takes a lot from the classic RTS, prompting the player to constantly search for resources and construction of buildings.

The collection of food and wood is an essential part of the gameplay and it is difficult to reach such autonomy in a game to be able to ignore these two elements. Most of the workers are therefore often farmers and lumberjacks who take care to store as many resources as possible to cope with the winter that periodically falls sharply on Northgard. The latter is a mechanic as much appreciated as it is hated, the cycle of the seasons adds depth and strategy to the gameplay, but a particularly harsh winter and the addition of some natural disaster can bring a clan to its knees at any moment. Fortunately dwellers can be quickly reassigned to a new job, and this allows the user to respond quickly to the needs of the population, increasing the percentage of peasants or deploying a small army in the blink of an eye. Unfortunately, we can only speak of a "small army", because having more than five warriors will prove to be a waste of resources, so forget about the pitched battles of Age of Empire, because here you take up the ax and compete to see who has the longer life bar. Military strategies are therefore limited by the limited availability of troops and the existence of only three different types of units, all in any case hand-to-hand. 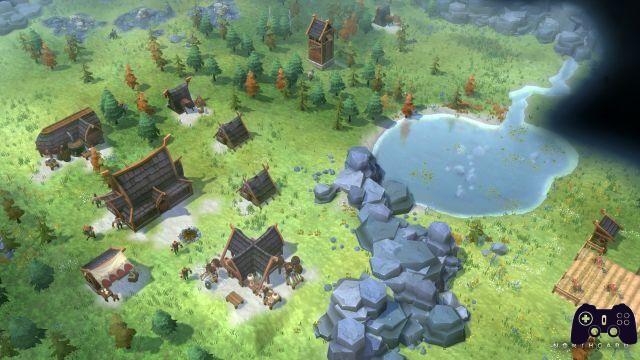 A land not too peaceful

The protagonist of Northgard is the territory, hostile and inhospitable, reserving wolves or undead for each area explored. The expansion of our borders is essential to reach important resources and increase the happiness of the population that cannot grow without it, and in this it is key the role of the scout who remains indispensable until the end of the game. One is pleasantly surprised by the revaluation of this character who is often pushed aside in any other game. The territory is divided into zones and the unexplored ones are covered by a thick fog of war, impassable except by the scout who provides an excellent view of the map and allows the expansion of the clan towards important resources.

Victory is obtainable by following four different paths: Conquest provides for a certain territorial expansion, Fame is a race for 1000 points that are earned through the most disparate actions, Lore is a religious victory, finally Trading is a challenge on trade routes between clans. All four do not imply any interaction with the other factions that may remain unknown throughout the game, strongly undermining the RTS nature of the game and degenerating into a management survival. It is also possible to win by completely annihilating the other clans, but it is a somewhat utopian and ineffective strategy, largely limited by insufficient armed forces, and therefore useful for mere personal satisfaction. Northgard is characterized by relatively short games - compared to other RTS - which are around the hour of play, depending on the chosen difficulty and the victory you want to achieve.


For now, the game provides a single mode that brings the player directly into the game after some quick settings, however the campaign and multiplayer are provided that will certainly enrich longevity and perhaps bring greater interactivity with the other factions, which is missing in the games. against the computer. 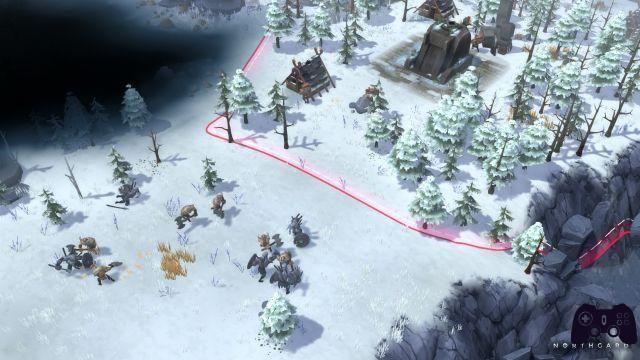 This is not PRO stuff

The development studio Shiro Games, well known for Evoland, has certainly set a strong foundation for Northgard, which already carves out its characteristic style that strongly differentiates it from the canons set by the founding fathers of RTS. This differentiation, however, risks misleading the title, getting lost in a shallow gameplay with no dialogue with the opponents, be they players or artificial intelligence. The simplicity of the game helps new users to familiarize themselves with the genre, and the army of very few units allows the player to be able to concentrate calmly on the strategy, without spending too much time giving orders all the time. However, when the player manages to master all the mechanics of the game, there is nothing left to study, and the gameplay is filled with repetitive and boring automatisms.

Comment Overall, Northgard deserves attention, also due to the trust placed in the small development studio, which has already demonstrated its potential in the past. Graphic style and simple gameplay are the masters in an RTS in which the real enemy is the surrounding environment and not the opposing clans. The depth of the mechanics, however, is undermined by the too superficiality of the game that does not fully dissect the good development choices. The title is in early access and will likely acquire its true identity when the multiplayer mode is introduced. Pros and cons ✓ Perfect graphic style
✓ Reassignment of workers
✓ Determining surrounding environment ... x ... but too punitive
x Little space for military forces
x No interaction with other factions

Do you want to be a video game expert and know all the tricks, guides and reviews for your video games ? Holygamerz.com is a group of video game fanatics who want to inform you about the best tricks, guides and tips. We offer you the best information to be a reference in gaming, so here you can find guides, tricks, secrets and tips so you can enjoy your games to the fullest. Are you ready to get all the achievements of that game that you resist so much? Enter now and enjoy your favorite video game to the fullest!
Gravity Rush 2 review ❯