In this episode of our guide to the bosses of Nioh 2 we will explain how to beat Tokichiro form Yokai, the demonic version of our old friend

The last title of the Team Ninja it really is a game very difficult and is able to create problems even for the most prepared gamers. The game's missions are littered with powerful enemies and treacherous traps, but the biggest obstacle for most players is the boss. For this reason we have decided to write one complete guide to bosses in Nioh 2 and in this episode we will explain how to beat Tokichiro form Yokai, the demonic version of our old friend.

You have finally come to a showdown with the demon who has taken possession of your friend, but defeating him will not be easy at all. The recommended level to defeat this boss is 112 and we strongly advise you not to try to defeat him at a lower level.

Before trying to fight this boss, you should prepare yourself properly, as it will be a very challenging fight. Tokichiro form Yokai uses the same elements as his normal form, fire and lightning, so it is wise to use some talisman to increase elemental resistances. On top of that, the boss will be even faster and more aggressive than last time, so if you have the chance, you should prepare some sloth talisman before the fight. This time Tokichiro will not be funny, so using Mujina's soul core won't help you. 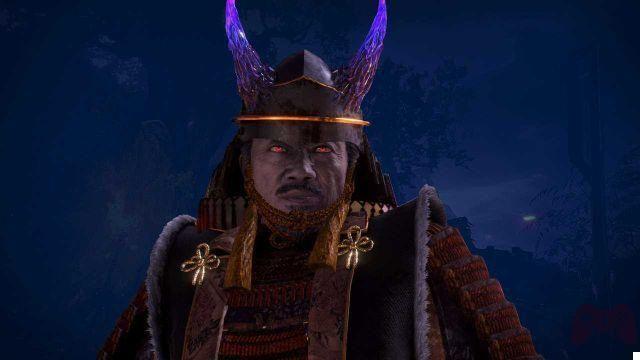 Although now he is no longer entirely human, Tokichiro is still the same warrior we faced the first time. Its basic techniques haven't changed much in their execution, but they are now much more powerful. Plus this time Tokichiro will attack you right away using the double katana of both elements, showing right from the start to be serious. Our advice in this initial phase is always the same as we gave in the first fight, try to don't stray too far and use a few powerful attacks instead of long weak and fast combos.


The only big difference you need to watch out for is his ranged elemental slashes, as it will now launch many more and much faster. To avoid this flurry of shots the best choice is run as far as possible and dodge at the last second to get out of its cone of action.

Now that he has become a fully-fledged Yokai, Tokichiro is also able to access the power of Dark Realm. In this phase the boss will be even stronger, faster and will use a new type of weapon, of the entirely elementary double swords. These swords will be both of the fire element or of the electric element and you can alternate them at will during the fight. View the nature almost purely elemental of these weapons the talismans that increase resistance to the elements will have an excellent effect in this phase. To be ready for any eventuality, it's worth it use them both while Tokichiro is busy summoning the Dark Realm.

Considering the extreme speed of the boss and yours slowed Ki regeneration, at this stage you will have to be very careful not to be left with your back to the wall. Managing your Ki well will be essential in order not to be overwhelmed by Tokichiro's attacks. 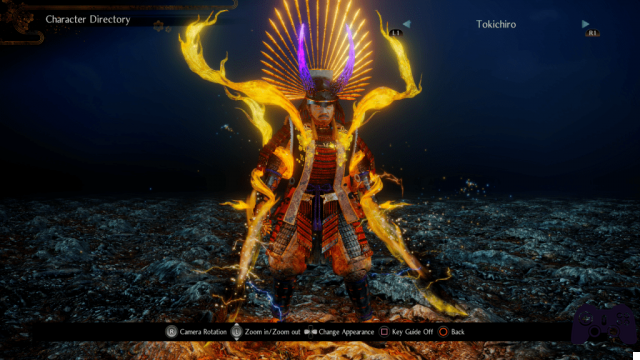 Once in the Dark Realm, Tokichiro will be able to harness the full power of the elements to strike us unexpectedly. When using the double swords of fire now he is able to create wide-ranging columns of flames able to hit us in a large area. To avoid this attack it is necessary to move sideways and position yourself in the empty space between the columns. Besides Tokichiro will also be able to summon flames around you to protect yourself and to generate a small explosion of fire next to us.


With the double electric blades instead his attacks will be extremely faster and will be able to shoot lightning fast shots from a great distance. Plus, Tokichiro's Yokai form will also be able to in the Dark Realm teleportation above us to hit us with an attack from above.


The best way to get through this stage is to try to reset his Ki quickly, so as to throw him out of the Dark Realm. The best way to do this is to use the Yokai transformation right away, in order to hit him fiercely without giving him respite. This stage is also where it is most useful use sloth talismans if you have prepared them previously. 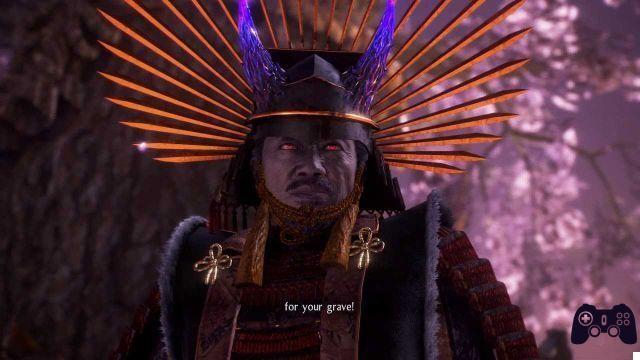 Once again on the mat

Thanks to this guide, you will surely have managed to eliminate this boss once again, but now you will have to prepare yourself for an even more challenging battle. If this guide on how to beat Tokichiro was useful to you, we recommend you also have a look at the other Nioh 2 boss guides on our site:

Demon's Souls boss guide: how to beat the Old Monk

Hitman 2 Colombia guide: how to perform all the best kills

The Last of Us 2: where to find all artifacts

Add a comment from Nioh 2 boss guide: how to beat Tokichiro form Yokai