News Yakuza: Like a Dragon will be an Xbox Series X launch title 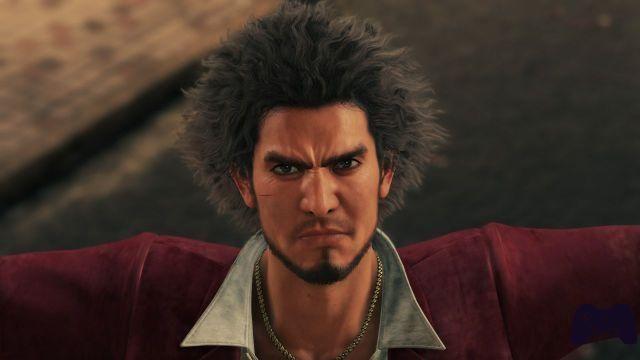 Yakuza: Like a Dragon will be an Xbox Series X launch title!

Become a dragon and take on the world from below in an RPG like no one has ever seen before.

Also available on Xbox One, Windows 10, PlayStation 4 and Steam.

The announcement trailer is now available on SEGA's official YouTube channel - check it out to see what awaits you in the next installment of the Yakuza series.

Yakuza: Like a Dragon is a story about fighting for what you believe in, even when you've hit rock bottom. Our new main protagonist, Ichiban Kasuga, a member of a low-ranking yakuza family, is accused of a crime he did not commit to protect his patriarch and father figure, Masumi Arakawa. After serving an 18-year prison sentence, he returns to society to find that the clan he once belonged to has been destroyed, the few remaining members are kicked out into the streets and discovers that his former patriarch may be the man responsible for. all. Faced with unimaginable pain from betrayal, loss and confusion, he wants to discover the truth. This is where the story of Yakuza begins: Like a Dragon.

An RPG never seen before

Along with the all-new cast and setting, Yakuza: Like a Dragon introduces a new dynamic RPG combat system that takes the genre to a place it has never been before - present-day Japan. Ichiban is a diehard RPG fan, so to help him stay focused on the fights, imagine the battlefield as if he's living in one of his favorite games. In Yakuza: Like a Dragon, players will be able to level 19 different "Jobs", different from those in traditional RPGs - not warriors or wizards, but bodyguards and musicians, with absolutely unique strengths and abilities. Get ready to step into Ichiban's shoes and smash some heads in style!


Welcome to the playground of the night

Even with so many changes, Yakuza: Like a Dragon still retains the core Yakuza experience, thanks to the near-endless amount of hilarious mini-games and sub-stories scattered throughout the city. Over 50 side missions and a collection of never-before-seen minigames, including fan favorites like Karaoke and SEGA Arcades, will ensure players have maximum fun in Yokohama.

Yakuza: Like a Dragon is everything fans know and love about the series, with several twists for the new generation. Featuring an all-new cast of characters set in Yokohama, players can dive into the drama, action and hilarity that Yakuza is famous for.

Stay tuned in the coming months for more information on the release of Yakuza: Like a Dragon, including more game details, classes, abilities, recruitable team members.

Do you want to be a video game expert and know all the tricks, guides and reviews for your video games ? Holygamerz.com is a group of video game fanatics who want to inform you about the best tricks, guides and tips. We offer you the best information to be a reference in gaming, so here you can find guides, tricks, secrets and tips so you can enjoy your games to the fullest. Are you ready to get all the achievements of that game that you resist so much? Enter now and enjoy your favorite video game to the fullest!
Street Fighter V: Arcade Edition review ❯

News + FIFA 21, the FUT mode blocked in some states?

News Fumito Ueda on his new game: "It will be very different from usual"

Add a comment from News Yakuza: Like a Dragon will be an Xbox Series X launch title