News + The Pathless as Shadow of the Colossus: the uselessness of a map 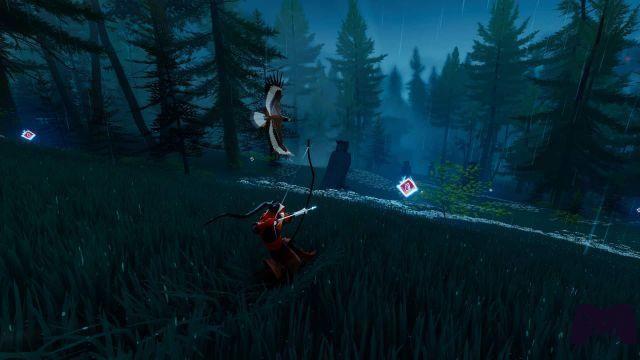 Released on November 12, 2020, The Pathless, the new effort of the Giant Squid team, already seems to have received a moderate critical acclaim. After all, theirs genuine talent we had already got to know him, thanks to that little pearl that is ABZÛ. But it was still a surprise to be able to admire their new work at one of the most important PlayStation 5 showcases. And what a job! The Pathless, with his fluid gameplay e dynamic, Its suggestive setting and complete it absence of a map, managed to capture the attention of millions and millions of spectators, standing out despite the caliber of the event.

And it is perhaps that complete absence of a map that has struck open world veterans the most. An absence, however, as it was for Shadow of the Colossus (from which the title obviously takes inspiration), widely contextualized. 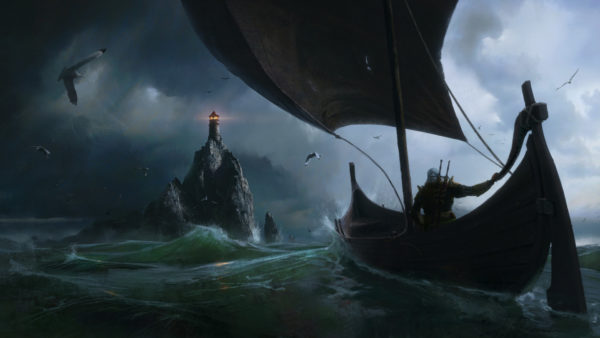 The total absence of a HUD and in particular of a map, allows the player of The Pathless to dive further in the evocative atmospheres of the game. At first glance, such an absence could be disorienting and maybe also tedious. But having to activate a particular power each time to find the way forces us to be more mentally present on the pitch. And this is precisely because it is not as immediate as looking at a map.


How many times, in the rush to reach a goal, have we moved a dot on the mini map, instead of looking where we were really going? Unfortunately, this trend is common to every oper wolrd, but it is a lot detrimental to the immersion of the player. 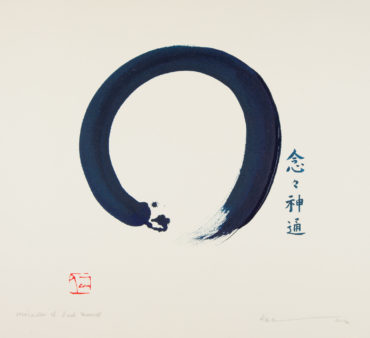 To learn more:
The emptiness of Hidetaka Miyazaki and Fumito Ueda

And therefore still today, after all these years, Fumito Ueda returns to school showing us that not only the UI is not needed but that it is detrimental to certain types of experience. In fact, there are many adventures today that despite having it, as it is functional to the gameplay, they try to hide it how can they.

Think of The Last of Us Part II for example and the total absence of the HUD in its Survivor mode. Or even Ghost of Tsushima, which, not having a mini map and an objective indicator, allows you to recall the wind to show the way.

In contrast with the principles of gamification, so dear to today's applications, game designers are slowly taking it eliminating the superfluous, allowing the player to empathize further with the character who represents him.

A concept that Fumito's visionary had already applied many years ago.

Do you want to be a video game expert and know all the tricks, guides and reviews for your video games ? Holygamerz.com is a group of video game fanatics who want to inform you about the best tricks, guides and tips. We offer you the best information to be a reference in gaming, so here you can find guides, tricks, secrets and tips so you can enjoy your games to the fullest. Are you ready to get all the achievements of that game that you resist so much? Enter now and enjoy your favorite video game to the fullest!
Animal Crossing Guide: New Horizons - How to Get a 5 Star Rating ❯

Nintendo Direct News: Here are all the news

Add a comment from News + The Pathless as Shadow of the Colossus: the uselessness of a map