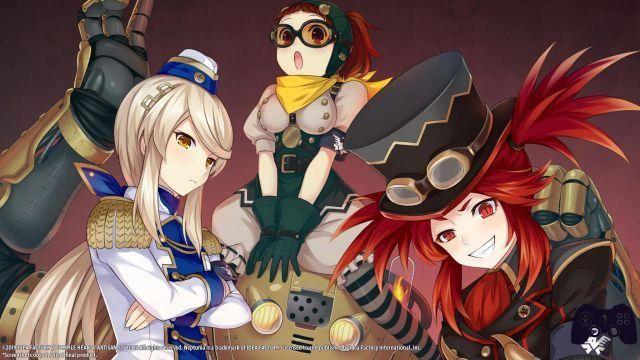 Milan, May 24, 2019 - This week, a new series of screenshots are finally available showing the Event CGs, dialogue scenes and battle screens from Super Neptunia RPG! Also available is a brand new post on PlayStation.Blog with the Co-founder and Game Director of Artisan Studios, Julien Bourgeois! The Quebec-based studio discusses the animation process of Super Neptunia ™ RPG and the various challenges in sculpting the world of Neptunia in 2D! Super Neptunia RPG will be available for PlayStation®4 and Nintendo Switch ™, in Europe, on June 28, 2019!

Fans of the Neptunia series will recognize some familiar faces, including the four Goddesses: Neptune, Noire, Blanc and Vert, as well as their new friend, Chrome. There are also several Event CGs featuring Bombyx Mori, an organization dedicated to 2D games. The Gamindustri may have been flattened in 2D, but that didn't affect the humor and quirky characters that Neptunia fans know and love!

Do you want to be a video game expert and know all the tricks, guides and reviews for your video games ? Holygamerz.com is a group of video game fanatics who want to inform you about the best tricks, guides and tips. We offer you the best information to be a reference in gaming, so here you can find guides, tricks, secrets and tips so you can enjoy your games to the fullest. Are you ready to get all the achievements of that game that you resist so much? Enter now and enjoy your favorite video game to the fullest!
News Crash Team Racing Nitro-Fueled avoids accusations of racism ❯

News + Sunlight: how to save the environment by living a unique experience

News + PS5 first impressions: is it a respectable Next Gen?