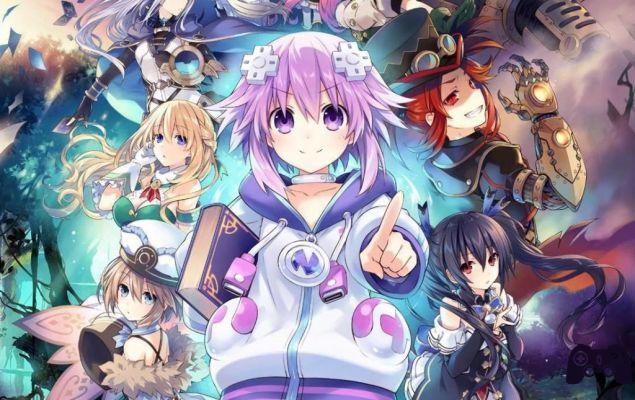 Idea Factory International announces, through a press release, that Super Neptunia RPG will arrive in June on PS4 and Switch.

IN JUNE FOR PS4 AND SWITCH!

We are excited to announce that Super Neptunia ™ RPG is coming to PlayStation®4 and Nintendo Switch ™ in Europe on June 28th 2019!

We would also like to share a new batch of screenshots showing the world, exploration and combat system.

These screenshots show the variety of locations players will be able to explore using Neptune's arsenal of skills. He can jump, double jump and summon a pudding-like monster to help players reach higher platforms and treasures. They also illustrate different battle formations that players can set up, such as Strike, Magic, Support, and Heal. There are also a couple of UI screens showing the skills that can be assigned to each formation, as well as the training bonuses that can be earned during battle. Players can also apply skills to get upgrades.

Do you want to be a video game expert and know all the tricks, guides and reviews for your video games ? Holygamerz.com is a group of video game fanatics who want to inform you about the best tricks, guides and tips. We offer you the best information to be a reference in gaming, so here you can find guides, tricks, secrets and tips so you can enjoy your games to the fullest. Are you ready to get all the achievements of that game that you resist so much? Enter now and enjoy your favorite video game to the fullest!
Pokémon GO Guides - Unusual Eggs Event and How to Get Mewtwo Shadow ❯

News Activision and EA CEOs among the highest paid in America

News + Edugamers for kids 4.0: how to educate to video games