News + Super Mario 3D World + Bowser's Fury: how not to age a series 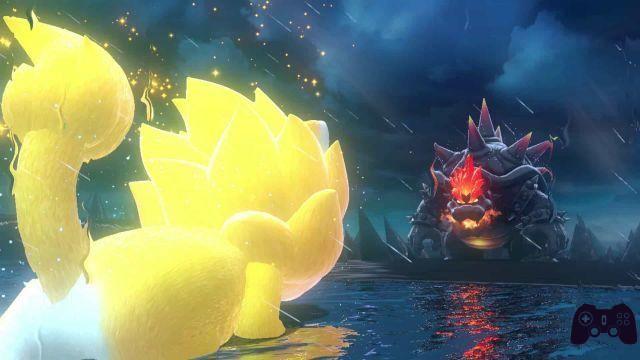 A new trailer that intrigues and makes both old and new fans drool. It's Nintendo. It's Super Mario.

Yes, the latest Super Mario 3D World + Bowser's Fury presentation trailer is one crazy cool. The focus is mostly on Mario's feline mode, of course. I don't need to tell you that it is their battle horse (cat), indeed, it will probably be this transformation that will make us win against the gigantic and imposing Bowser from Bowser's Fury. Not that hard deduction to achieve, given the cliffhanger at the end of the trailer.

Information with a mustache 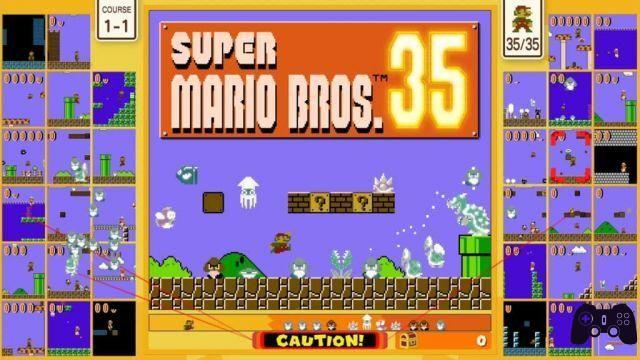 Super Mario Bros. 35: If you don't know what it is you probably deserve a gameboy destroyer dad. Joking aside, it is the title created to celebrate Mario's 35th birthday. A battle royale that follows the style of Tetris 99 and which, frankly, is much more interesting than many other titles of the same genre.

In short, a Super Mario 3D World that we met on Wii U, which is shown in all its beauty on Switch. Nintendo then shoots a thousand as usual reminding us constantly that the Switch is thought also, and I would say a lot, for the multiplayer, online and local, then via multicolor felines jumping on the head of the goombas. Really interesting news that come with one version of the hydraulic branded console with mustache, which will go on sale from February 12 2020, the same day the new title was released.

In addition, Nintendo announced a dedicated event on Super Mario Bros. 35 starting divided into 3 rounds. The first round must be completed between 8:00 am on January 19th and 7:59 am on January 26th. During this week the players will have to face and defeat, during the normal game sections or in the special challenge, 3,5 million Bowser (obviously the calculation is done by counting all the players in the world, otherwise it would be impossible). If you have defeated at least one Bowser you will earn 350 Platinum Points. We are done with this informative part, enjoy the trailer I put on it and then scroll down because we need to talk about something interesting.

A trailer that keeps interest alive 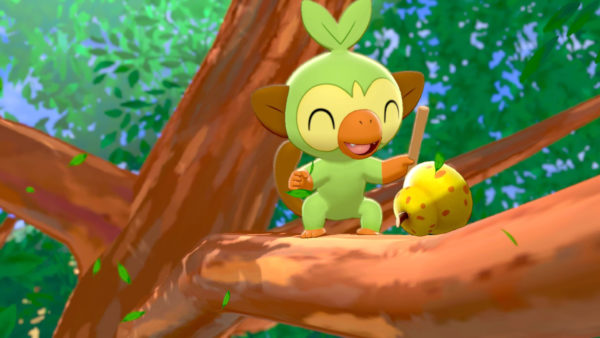 To learn more:
Why does Nintendo Direct on Pokémon generate hype?

We have already talked about Direct from Nintendo and the immense firepower they have. The trailers are no exception, and that's why so many gamers in the world continue to go crazy behind the announcement of a new Super Mario title. Nintendo applies a brilliant strategy, perfect for those who love its titles: it does not fly fancy and leaves no doubts. The news of the title you have immediately under your eyes, the gameplay as well. They are practically handing the console to you and telling you play. No slow and convoluted cutscenes, no. Colorful world and Mario jumping around between one gameplay novelty and another.


In addition, and this is the perfect example, when they have to feature an extra title-related part, like Bowser's Fury, the game follows its own pace and changes along the way. There are no sharp cuts that make you lose focus. A gradual change of environment, music and colors that ends with the novelty presented at the beginning of the trailer, perfectly closing the circle. At the end of the trailer you know what to expect, you know what's new and want to have the game on your shelf right away. Of course, this system only works with titles like Super Mario: super playful and narratively quite linear, with a different title this strategy would not work.

An old game that does not age

These tricks, these additions targeted title after title make Super Mario immortal. And thanks to them Nintendo can experiment with the plot. Because yes, the old Super Maros were always "save the princess", but lately things are changing. Odyssey, Paper Mario, the same 64, which recently had a remaster on Switch, have taught everyone that even stereotypes can be overcome with solid gameplay. Sometimes I think when watching Super Mario how video games would need mechanics more solid and safer to start from then to create memorable stories.

Unfortunately, we want bigger and bigger buildings that make us roll our eyes, but without the foundations those large standing structures only remain for 77 hours.

Do you want to be a video game expert and know all the tricks, guides and reviews for your video games ? Holygamerz.com is a group of video game fanatics who want to inform you about the best tricks, guides and tips. We offer you the best information to be a reference in gaming, so here you can find guides, tricks, secrets and tips so you can enjoy your games to the fullest. Are you ready to get all the achievements of that game that you resist so much? Enter now and enjoy your favorite video game to the fullest!
Game of Thrones Ep.1 - Iron from Ice review ❯

News DARQ: Complete Edition, back to the nightmare

Google Stadia News: Everything you need to know

Add a comment from News + Super Mario 3D World + Bowser's Fury: how not to age a series