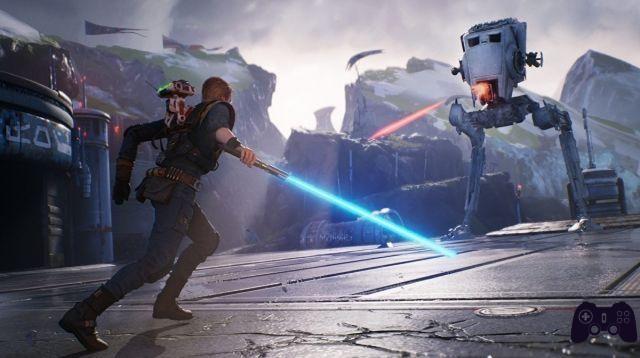 Star Wars Jedi: Fallen Order will be released later this year and after the last E3, we got an idea of ​​what the game will be like. About a month ago, a video was released that includes about 15 minutes of gameplay of an extended demo, from which we could understand a little more for how much it's about the story and the gameplay, but there are some features we didn't know about yet.

In an interview with Star Wars Jedi: Fallen Order director Stig Asmussen, Game Informer got some exclusive information on the next adventure in the far distant galaxy.

From the interview, we can learn that Fallen Order will include a photo mode, a feature among the most popular of this generation, suitable for all those who can not wait to have fun taking pictures on the various planets in the game. Regarding the New Game plus, on the other hand, apparently will not be present, because according to Asmussen it could unbalance the game too much.

Choice that will surely disappoint many, but which will be replaced by a system with different levels of difficulty which will still make the Respawn title replayable.

One of the most important features that Respawn is aiming to implement in Fallen Order, is the total absence of loading screens throughout the game both during the journey between different planets or in the gaps between movies and gameplay.

This info and many others are present in the complete interview on Game Informer. The game is out November 15th on Xbox One, PS4 and PC in pre-order also on Amazon.

Do you want to be a video game expert and know all the tricks, guides and reviews for your video games ? Holygamerz.com is a group of video game fanatics who want to inform you about the best tricks, guides and tips. We offer you the best information to be a reference in gaming, so here you can find guides, tricks, secrets and tips so you can enjoy your games to the fullest. Are you ready to get all the achievements of that game that you resist so much? Enter now and enjoy your favorite video game to the fullest!
Persona 4 Golden Guide - Complete Guide to Yukiko's Social Link (Priestess) ❯